Cleyra is different city of rat people, which separated from Burmecia for some reason. Now that Burmecia was mostly destroyed, the king and his subjects fled there. The town was hidden behind a huge sandstorm, so the only way to approach is was by foot.

When I got there, it was revealed that Cleyra is actually a huge tree, which I had to climb in order to get to the town on top. The climb was long, but mostly uneventful, so I’ll keep it short. I got a few items, missed another few and learned White Wind with Quina, which is a great healing spell. 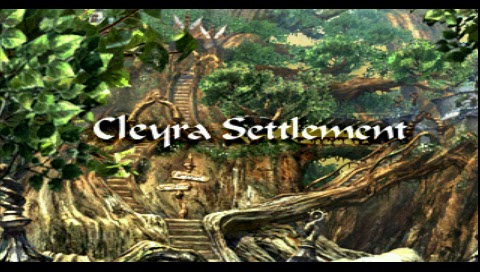 How can a single game have so many amazing locations!?

I ran to the area where the ant lion was kept and entered the fight. The fight was relatively easy and again, I probably didn’t manage to steal all the items I could from the boss. The kid turned out to be Puck, Vivi’s friend from the start of the game. He also happens to be the vagabond crown prince of Burmecia.Once I got to the top, we split up again, so I was about to watch some ATE’s. As usual, Vivi got in trouble for his appearance, but got to safety in time. Eventually, I stumbled into a panicked Burmecian soldier who was running to the cathedral to let people know a kid was being mauled by the local ant lion.

Once that was over, a ceremony was held to keep the sandstorm going, but failed. Soon after, the first black mages attacked. I started going back down the tree trunk to fight them off and managed to collect most of the leftover items along the way. Once I got about halfway to the bottom, the group realized they were being distracted and decided to rush back to the top. 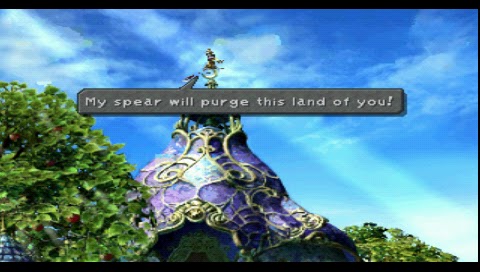 Amnesia really is a trope!

We all entered the cathedral, where Beatrix barged in and took the magical crystal which kept the sandstorm going. She fled using one of the mages to teleport her, so Zidane and the rest of the group decided to follow using the same method. Of course, all that was after Beatrix beat them to a pulp for the second time.As expected, the actual attack was taking place in the city. Zidane decided to try and save as many as he could, so he eventually led the group to the cathedral, where they got surrounded. Luckily, a dragon knight arrived just in time to save everyone. It turned out it was Freya’s long lost love, but he had amnesia, so the reunion was bittersweet.