A Touch of Personal

Since I wrote about how great Sonic Generations is, I should also probably write about how it relates to me. It might even explain why I find it so great.

I already said something about gaming in the Balkans. You see, out here, actual original consoles like the SNES or the Genesis were rare, extremely so. Most people could not afford one, so instead, we were buying last generation clones like the SuperCOM, which looked like an SNES, but actually was an NES clone that used weird, but cheap, yellow cartridges. There was also a version that used the original NES cartridges, but those were 2-3 times more expensive than the yellow ones. 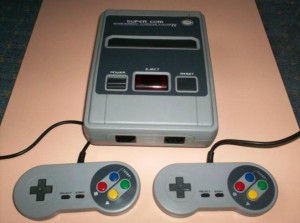 The console of my childhood. Cheap, sturdy and unknown. It’s an NES, don’t let it fool you.

Anyway, I got lucky and got my hands on an actual Sega Mega Drive II, or Genesis for you US folks. It was way out of my price range, but I wasn’t the one paying for it so I didn’t mind. Compared to a clone of the NES, and let me remind you – an actual SNES was extremely rare, this was future technology. Advanced graphics, advanced gameplay, advanced sound. Suffice to say, even though I only ever had one 6 in 1 cartridge, I was the friend of everyone. 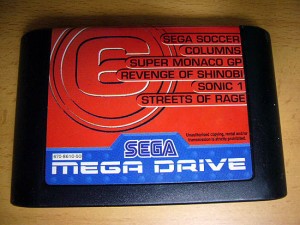 The only Genesis cartridge I ever owned. Columns, Super Monaco GP, Streets of Rage, Revenge of Shinobi, Sega Soccer and Sonic.

The 6 in 1 cartridge contained Columns, Sega Soccer, Super Monaco GP, Revenge of Shinobi, Streets of Rage and last but not least, Sonic the Hedgehog. So while everyone around me was getting familiar with the first Super Mario game, I was enjoying the company of an extremely fast blue hedgehog. I played this game daily, never got too far with it, but loved every moment.

My experience with Sega was short-lived, though. Pretty soon, the antenna cable broke and I couldn’t get a replacement anywhere. Soldering was out of the question to, because the material was extremely brittle. All in all, I owned the console a bit over a year, but it was one of the most memorable experiences I had. Soon after that, I got my own NES clone, which was great to, and a couple of years later, I god a PlayStation and a PC soon after. I never forgot my SEGA, though. I actually still have it stored somewhere. 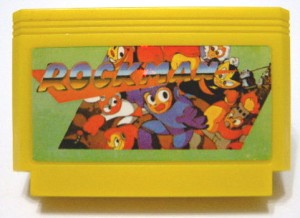 These yellow NES pirate carts used to cost me about 5 bucks. I never got any mainstream game such as this one.

Since then, I discovered emulation, so I could return to my childhood through that. I also discovered the sequels to Sonic, which, although most of them were solid, got more and more different to the original. But Sonic Generations changed that. It took the old model, almost unchanged, and gave it a fresh new look. This is why I love the game so much – it gives me my childhood experience, but with modern graphics. The atmosphere is there, and the feel is there, and that’s all that matters.

Where I am in Sonic Generations?

Up to now, I finished all the levels, finished all the challenges and got all the red star rings on the first few levels. I also managed to snag a lot of the achievements, though some of the hard ones are still locked. Sadly, though, it’s time for a forced break from it. My gamepad, which served me well for 6 years, started acting up. It locks up and causes the game to crash often, and when it doesn’t, it makes Sonic strafe to the left almost constantly. Basically, the game is unplayable for me now. I hope to get a replacement soon, but I’m thinking about getting the official X360 gamepad, so I need to save up some money first.

For now, on to other games.