Zidane and his group are teleported to the Red Rose, the queen’s ship. After a few cutscenes, they discover the queen intends to kill Dagger, so they use a teleporter pad to get to Alexandria before that happens.

I was put in control of the other group after that. I had to swing the cage Steiner and Markus were trapped in, in order to crash into the side walkway and get out. I was getting attacked by Alexandrian soldiers for a while here, so I decided to train for a bit, since they were easy to deal with. 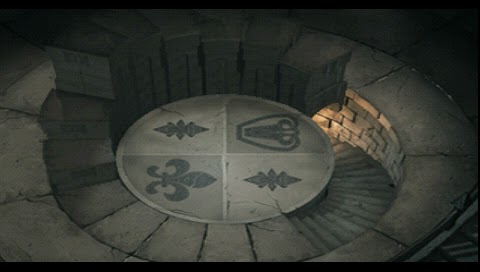 Every little detail in this game is amazing.

I got a 30 minute time limit to get to the princess now, so I had to get through the same a castle area I familiarized myself with at the start of the game. I remembered from my first playthrough that there was an optional boss here, so I gave it a shot this time to, but it basically killed most of my group in a single attack, so I gave up on that one.Eventually, I climbed to the top of the area, where Marcus ditched me to go and help Blank. A moment after that, Zidane and his group teleported into the room, but without Quina, who decided not to use the teleport at Cleyra. I had a full group again now, and Steiner was actually relatively close to their level, thanks to the training in the area below. 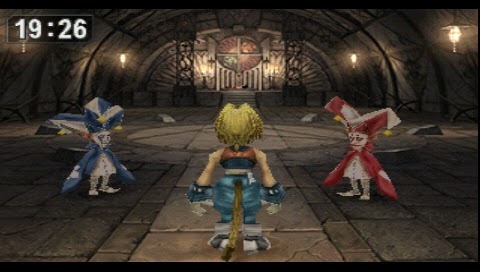 I finally got to fight these idiots.

One she saw Dagger was unconscious, she changed her position and decided to try and help her. She cast a healing spell on her to wake her up and then the group split again. Freya and Beatrix reminded behind to hold the enemy back, while the rest ran downstairs to escape via the gargant tunnels. Halfway down, Steiner decided to go back and help Beatrix and Freya.I eventually got to the queen’s room and found a secret passage to the area below, where I found Dagger and had to fight Zorn and Thorn. Once one of them was beaten, the battle ended and I could finally help Dagger. We got her back to the queen’s room, where Beatrix was waiting.

I got to the area where Dagger’s group got trapped before and it happened again. Luckily, Marcus and Blank managed to get back in time to deal with Zorn and Thorn and free us.