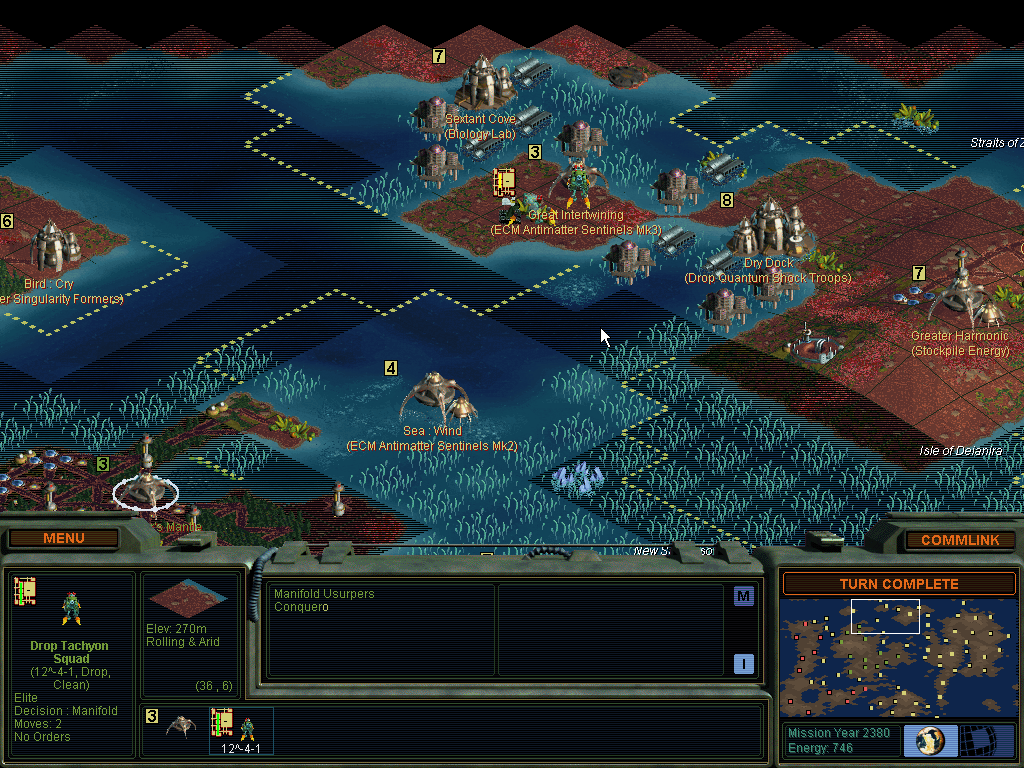 Alpha Centauri is another game I decided to buy now that it’s discounted on GOG.com. I actually bought it closer to the start of the holiday sales, but I didn’t get a chance to play it until a few days ago. Why? Because I didn’t have the time. The better question is, why did I finally have the time for it?

I fixed my laptop!

You see, I started working a few months ago, which means I had to move to a nearby city and take my PC with me. The problem was, when I was back home for the weekend, I didn’t have a computer that was able to play games. I had my laptop, but it malfunctioned ages ago. If you tried to run a game on it, it would simply lock up and go black. It did this, until recently.

I got an idea last week. I extracted the bios from the GPU and then modified the speeds and voltages in various operation modes. This basically reduced the power of the GPU by over a half, but as I hoped, it also eliminated the malfunction. I couldn’t play any modern games on it, but it was now finally good enough for the classics.

Thanks to the fact that I finally owned it, as well as the fact that one of the YouTube channels I’ve been following, quill18, who has been doing a Let’s Play of the game as of recently, I decided that this amazing game will be the first one for me to play during the holidays. It ended up being the only one, but I have no regrets. 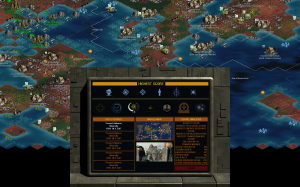 The final score was one for the records, since it was the first actual record.

I dare to say that Alpha Centauri is the best 4x game out there right now, which is amazing considering it was released well over a decade ago. It simply has it all – complexity, strategy, options, an amazing encyclopedia of data you can read through and an amazing amount of quality science fiction. It’s actual science fiction to, not just unresearched fiction that takes place in the future.

I played as Academician Provost Zakharov of the university faction. My intention was to play purely scientifically, but over the course of the game, I got dragged into several wars. I eliminated a faction and dragged two more close to extinction, but ended up getting the transcendence victory.

Zakharov is my favorite faction leader, with some great quotes, though most of the quotes in Alpha Centauri are amazing and thought-provoking, especially considering the game’s release year. 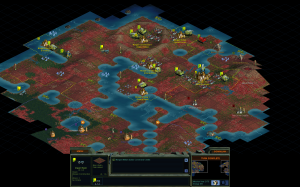 This is is where my second game was when I had to end my session.

My next game was taking place in the expansion, Alpha Centauri: Alien Crossfire, which I haven’t played at all up until now, but I didn’t get a chance to complete that one, due to lack of time. I played as the Morganites and managed to eliminate the Progenitors early. Other than that, not much of note happened. I tried using specialized cities this time, but I don’t think it’s a good strategy when it comes to tile improvements. You could specialize in buildings, but each city needs to have a good amount of every resource to support its formers and defenses, so tile specialization seems out of the question.

Sadly, once this issue on my laptop was fixed, another issue was discovered. My hard drive, or possibly even my motherboard seems to be dying. It gave me some trouble while I was home and yesterday, my brother in law told me over the phone that it won’t boot and is instead just beeping during the POST screen.

I think I’m going to have to invest some money into an extra PC. I really don’t need a laptop, so a PC is definitely a better option. It can be cheap to, since I already have a high performance machine. As I said, if it’s good enough for the classics, it’s good enough for me. Alpha Centauri shall be played again.