As I thought, the game is short. The five levels I could see on the level select screen are all the levels A.R.E.S. offers. After my post last night, I’ve spent some time upgrading my weapons on one of the earlier levels and this morning, I cleared all that was left. I think I’ve cleared the game in under 3 hours. 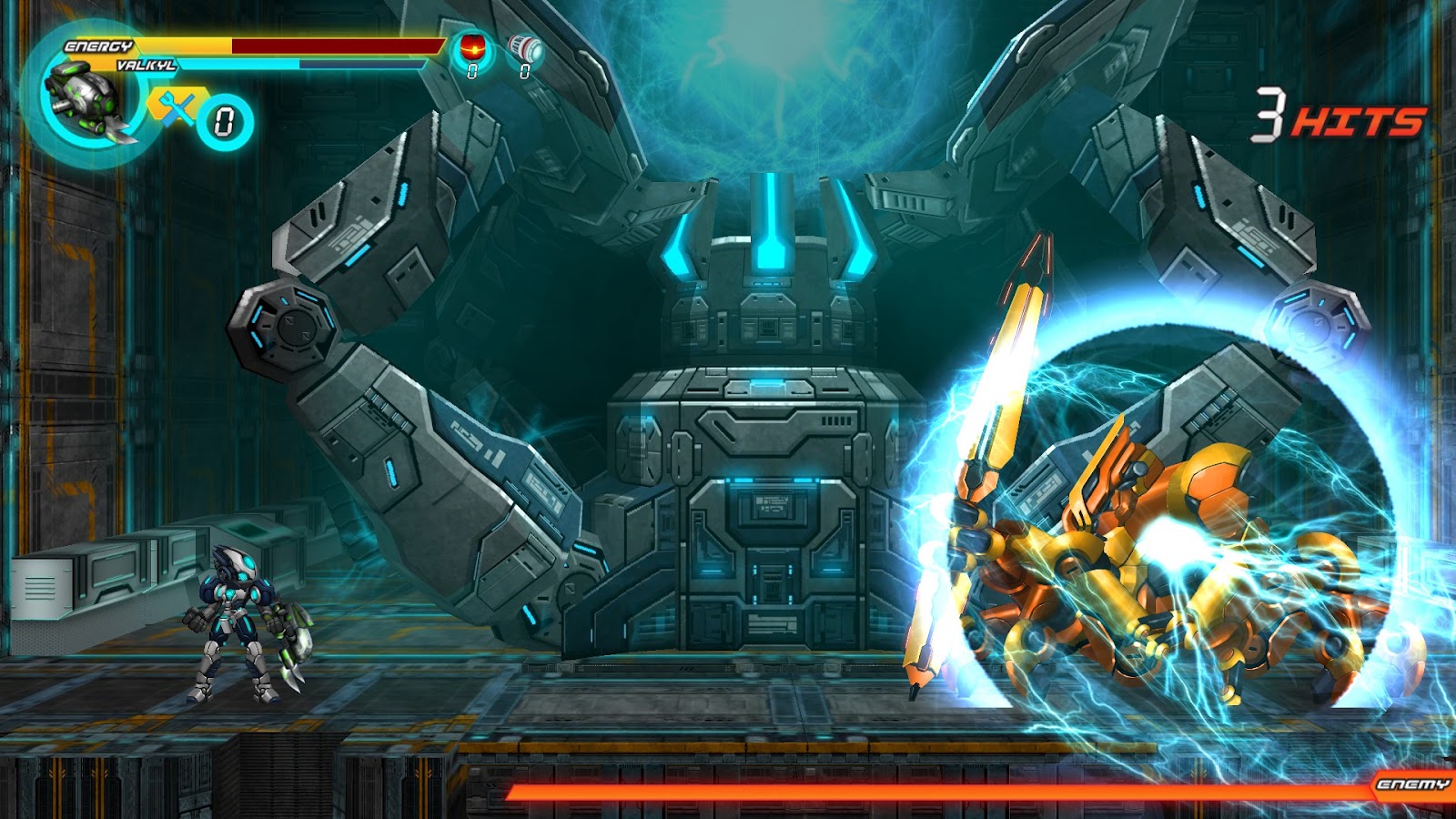 The game boasts excellent 2.5 D graphics. This is the fourth boss.

All in all, it’s a very fun game which any fan of the Megaman franchise will absolutely love.  I know I did, but my backlog is still huge, so I’m moving on to another game for now.A.R.E.S. is a short game, then. That’s not all it has to offer, though. Megaman style games are all about mastery, and the achievements you can unlock in A.R.E.S. show this. Other than the basic “Clear the game” and “Watch all the cut scenes” milestones, you have some pretty tough achievements such as “Kill the boss without getting hit”, or “Clear the level without dying/using repair kits”. I’ll keep the game on my hard drive for now, because I wan’t to at least try to give a shot at some of those, but in all honesty, I’m not sure if I have the skill to get all of them.

I got this game ages ago, in one of the first bundles out there, I believe. Games have been coming and going, but this one never got its turn, even though I assumed I’d like it, from what I heard of it. Today, I finally installed and played it.

I like it. It’s obviously a Megaman clone, but it plays a bit differently. First of all, you can buy upgrades for your weapons, making it more like one of the GameBoy Advance Megaman Zero games. Secondly, while it still very much relies on learning enemy and boss patterns to get ahead; it also relies on fast reflexes and a large amount of rapid shooting, reminding me somewhat of games like Contra. 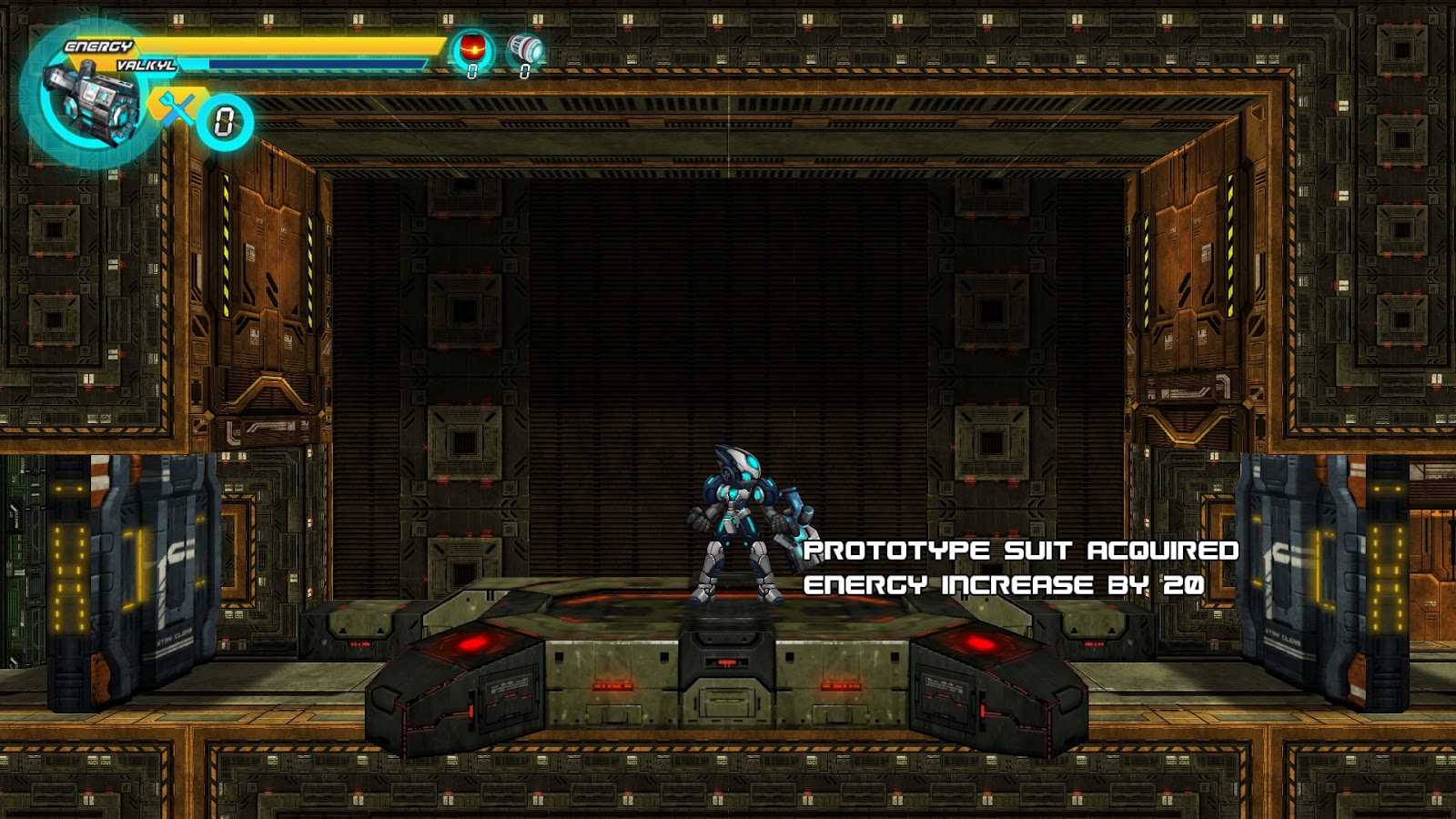 You get new weapons and gear as you progress, allowing you to go buck and find more items and secrets.

All in all, it’s a decent game I intend to complete soon. The controls take a bit of getting used to, because they feel very stiff and precise, with very little slack. Once you do get used to it, though, you can do wonders.The looks are nice to, mostly hand drawn with some tiled level elements. The characters seem to be animated puppet style, with static parts moving on a simple skeleton. It’s easier to make than full animation, but it looks very effective and the drawings are very sharp.

I played through the first two missions and then returned to the first one in order to unlock a couple of bonuses. You get a grade after completing a mission and if you get good enough grades overall, you actually get stat bonuses. I’ve collected a couple of upgrades and bough the final level of the Laser SMG weapon, which made the third level much easier, allowing me to complete it.

From what I can tell, there’s only five levels in the game total, but you are encouraged to go back to previous and use acquired abilities to find new items, upgrades and secrets. I’m not sure how long it will take me to complete it, but it looks like a game that might make me aim for 100% completion. We’ll see.