Tag: Ben There, Dan That

Ben There, Dan That is the first of a series of two adventure games made in Adventure Game Studio. They follow a comical duo of British guys on their journey through time in space.

I’m sorry to say this, but the game was barely playable for me. It has humor. It also has style. Nothing can take away from that. Sadly, it also has bad animations, painfully slow gameplay and an annoying set of controls and interface. These things made the game a pain to get through, so I’m glad it didn’t last long for me complete it. 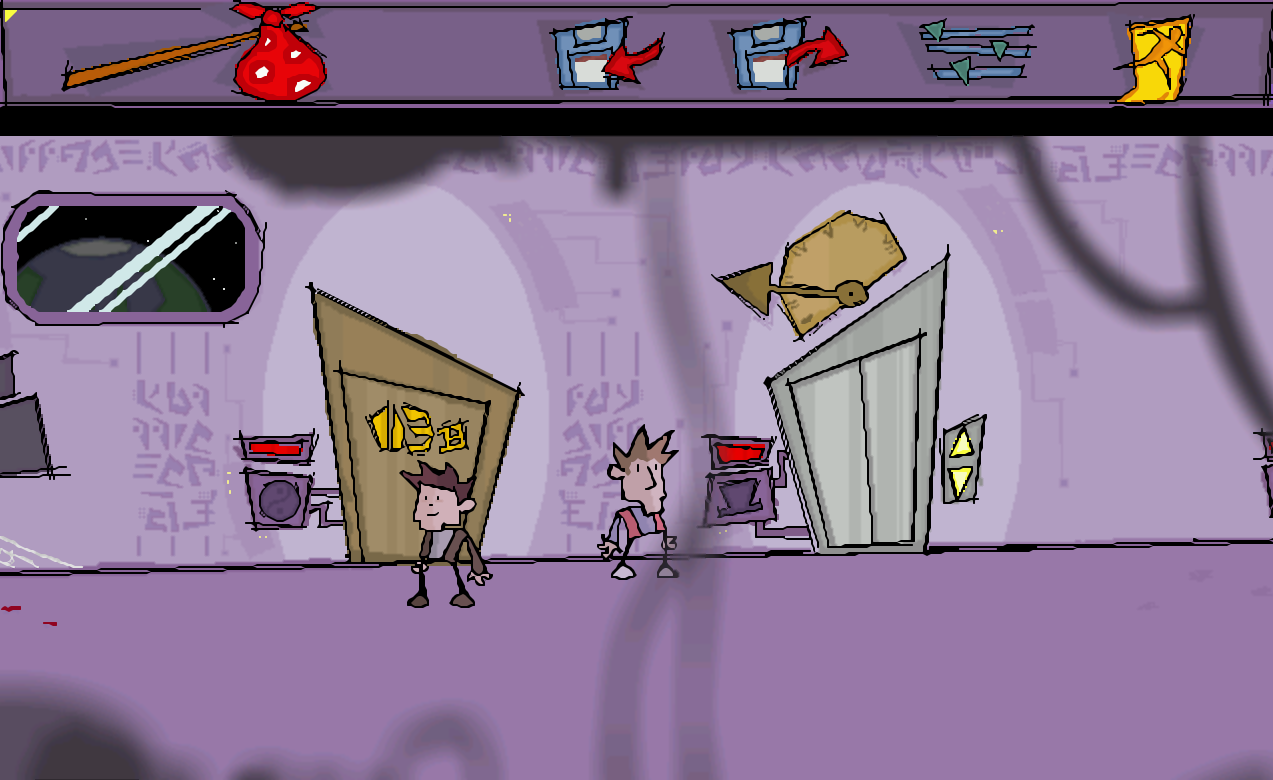 It may have been worth the money, but certainly not the trouble.

That being said, there’s still the sequel to get through and, from what I hear, it’s longer than Ben There, Dan That. This means I won’t be playing it any time soon. I just don’t have the willpower to get through it, even with a guide.It took me 20 minutes of painful walking back and forth before I decided I’m done and used a guide to complete the rest of it. As I said, it’s a funny story, the style is OK, but the way it’s made just makes it an annoyance.

EDIT: I was told this is a horrible review, so let me do a short attempt to “fix” it.

In short, the game is great in almost every way, but for me, it’s ruined by bad and sluggish control. The humor is great, the story is silly as it should be and the puzzles are cool, but I can’t get past how badly and slowly it controls. Someone else might be able to, but I can’t.