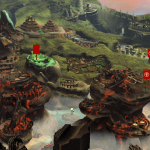 I’ll be honest. A minor part of why I started playing Dungeon Keeper is because I’ve been thinking about doing it for a while. A major part, though, is because a mobile sequel was released and there’s a lot of controversy around it. I get what the controversy is about and where it’s coming from, but I’ve been trying to stay positive lately, so instead of saying why I hate a game I probably won’t ever play, I thought I’d play the first Dungeon Keeper and talk about why I love it. First, however, I have a confession to make.Continue reading