Gemini Rue is another adventure game by Wadjet, the same guys that made the Blackwell series. Since I greatly enjoyed the Blackwell games, and I had Gemini Rue in my library for just as long, I decided to give that one a shot to.

I started playing yesterday, soon after writing my last article, and completed it today. Sadly, I didn’t get all the achievements in my first playthrough, missing Space Cowboy, which requires me to find four cameo characters from Cowboy Bebop at random locations in the game, as well as Memento, which requires finding four hidden notes in one of the game’s areas, Center 7. Since I already knew how to go through the game, and I had fast movement enabled, I decided to go for these two achievements soon after I’ve seen the ending. I finally got these last two achievements in about half an hour after starting a new game. I’m not sure how I even missed these things on my first run. 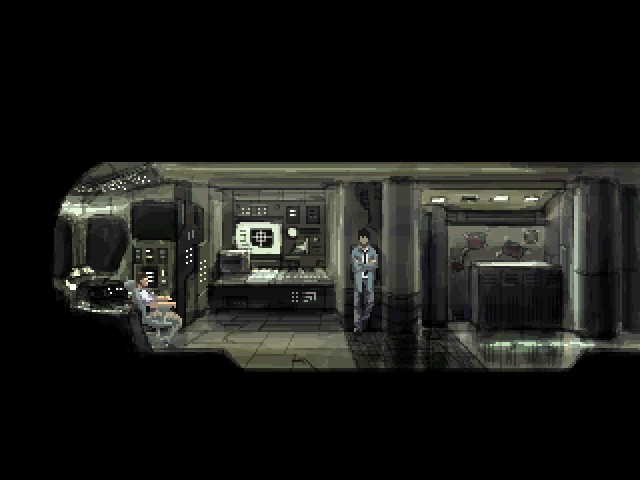 I should watch Blade Runner

There are a few annoying puzzles, but for the most part, it’s logical and straightforward, with very little pixel searching needed to complete the main story. There’s plenty of pixel searching for achievements, of course, but that shouldn’t matter, in my opinion. There are issues, though, mostly related to the engine the game uses. Adventure Game Studio is buggy on my system, extremely so. Every time I reload a save, the graphics get messed up, I can’t alt-tab properly and sometimes I get stuck in the escape menu for no apparent reason. I also had a couple of crashes during my sessions.The game is excellent, by the way. The story is deep, interesting and much more developed than in the Blackwell series. Since I already praised the story of Blackwell, this should say something about how good the story of Gemini Rue actually is.

Still, as flawed as the engine is, it’s a great game and one of the better adventure games I’ve played. However, after completing five adventure games in two days, I think I’ve got enough of them for now. My next game will be something different.