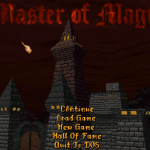 Master of Magic is a 4X game, so there’s no point in writing walkthrough reports. Instead, when I decide to play a match, I’ll write a report on the entire match. This time, we play as Freya of the High Men

The coming of the wizard

Finally, it’s time! My powers are again strong enough for a physical presence on Arcanus. Horus was the one to destroy my body in the last epoch, but I can hardly be angry about it. After all, there has been plenty of times where I erased him out of existence as well. 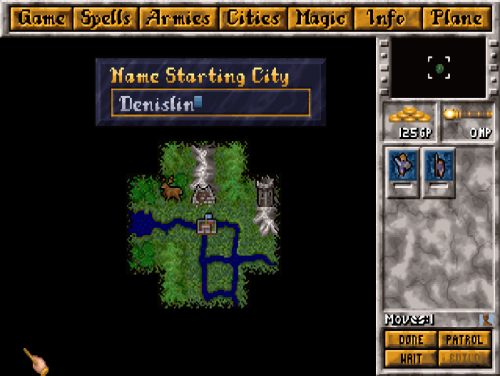 In  Master of Magic, the default town names are typically from the real world.

I dropped into existence near a High Men town of Denislin, so I guess they are the race I will be leading this time. I’ve been longing for some time with my own tribe, but men are men, be it civilized, whatever that means, or wild. I just hope the inability of my followers to raise and train fantastic creatures will not be an issue.

The humans proclaimed me their leader in the month of January of the year 1400.

I immediately sent out troops to explore the nearby areas, as the world has changed much, to the point of being completely unfamiliar to me. Within months, this decision bore fruits, as a unit of spear-men found books of magics in an abandoned tower, giving me access to research about the Earth Lore spell. 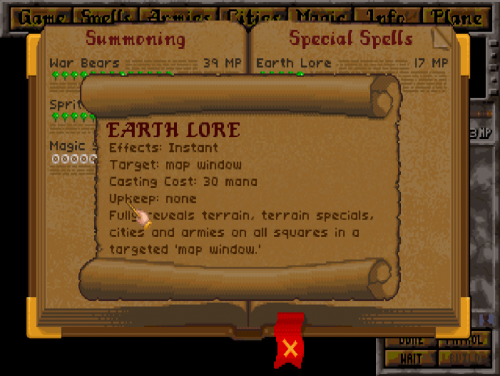 Earth Lore “scouts” the current map window, meaning all fog of war is removed from what you see on the current screen.

A few days later, I have reached an independent town of barbarians. It was being controlled by an uncooperative and brutal warlord, so the civilians have shown willingness to join my empire. I immediately started making preparations to conquer it. 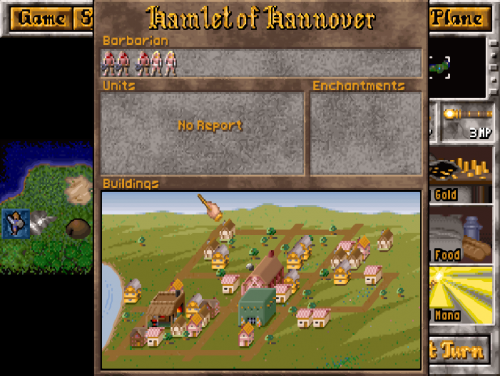 There is no reason not to capture a neutral town. You get to lead more than one race, which offers variety.

Another such town was to the south. This always happens when a wizard is banished. Opportunists of less than noble intentions take up arms and grab power, causing the common folk to suffer under them. Luckily, this means that most of the time, the common folk is more than welcoming to the regime change that comes with a wizard returning.

The area around Denislin has proven to be extremely well suited for a wizard’s base of operations, with plenty of magical nodes unguarded and easy to tap into with the use of magical spirits. 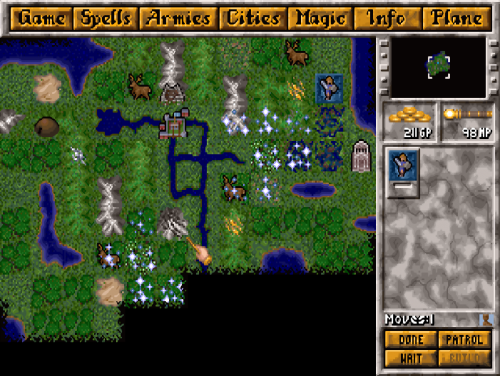 A magical spirit can meld with a node to provide mana income to the wizard. The troops to the northeast are getting ready to take over Hannover.

It took me four years to raise an army, but if a wizard has anything, it’s time. In june of 1404, Hannover was part of Freya’s empire, thanks in part to a dwarven mountaineer called Brax. He heard I managed to overcome my banishment and came to offer his services as soon as he could. Soon after, a group of settlers left the now crowded Denislin to found a hamlet to the south. Months later, Liverpool was founded. The empire was growing already. 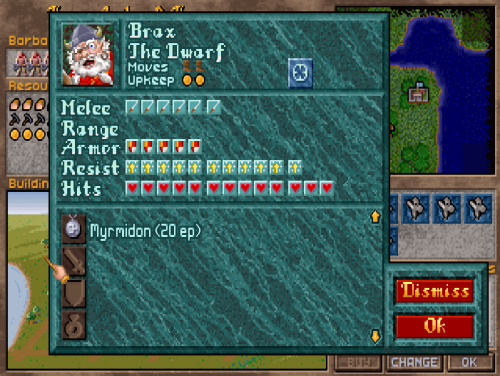 Heroes in Master of Magic vary in strength. Brax is one of the weaker ones, but he’s still useful.

Not everything was smooth, though. Soon enough, red banners were seen to the south of my empire. It seems another wizard’s banishment expired and this one was leading lizardmen. Whoever it was, though, they decided not to reveal their identity yet.

Even worse, only a year or so after it was founded, the hamlet of Liverpool was completely destroyed by a pack of demons. Brax was there, attempting to defended, but in the end, he was lost as well.

Words of this failure didn’t travel far, luckily, as soon another hero arrived to offer his services – Baghtru, the Orc warrior. This time, I decided I would do better. 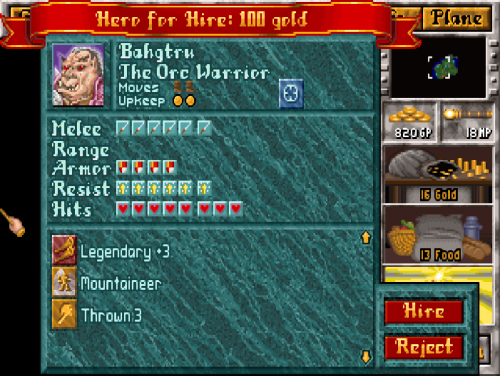 This is another low level hero.

I made efforts to contact the wizard to the south and he was revealed to be Oberic. He did not seem friendly, so I would have to prepare for the worst. Luckily, it seems he has the sea to his back, so it will difficult for him to reinforce his units if it ever comes to war. 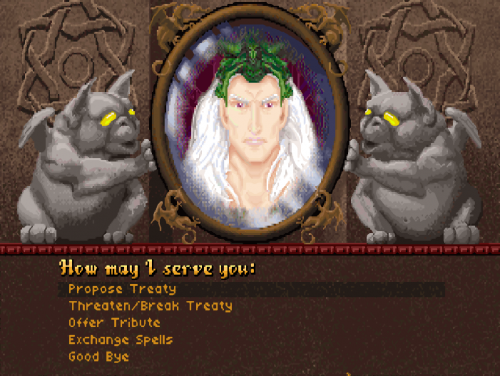 Each wizard has their own set of spell books and special powers.

A time of aggression

Months went by and Oberic started his expansion towards my lands. I could not afford an enemy next door, so I decided to be the lesser person, for the safety of my people. I noticed one of his new hamlets was left undefended, so I sent a unit of pikemen to burn it to the ground. In the meantime, a large force of mine amassed next to his strongest city on my continent. He had shamen, but they were no match for my pikemen.

This was a huge blow for Oberic, but he was not done yet. I decided to press on my advantage.  The war was long, and there was weariness by the end of it, but in early fall of 1419, Oberic was no more. That is, he was banished again, and forced to stay away from Arcanus for the next several centuries. I pray that this does not happen to me. I’m sure there is at least one more wizard somewhere out there. 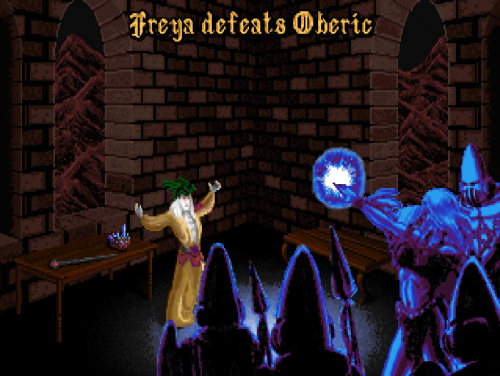 A wizard can return after a bunch of turns, if they have any towns left. Oberic didn’t have any.

At least I knew my continent was safe, though. At least, if you don’t count the various savage races inhabiting it.

My other rival, Merlin, was discovered to the east only weeks after Oberic was banished. He seemed friendlier, but I decided to keep my troops’ weapons sharp anyway, just in case. I know from personal experience how power hungry wizards can get. 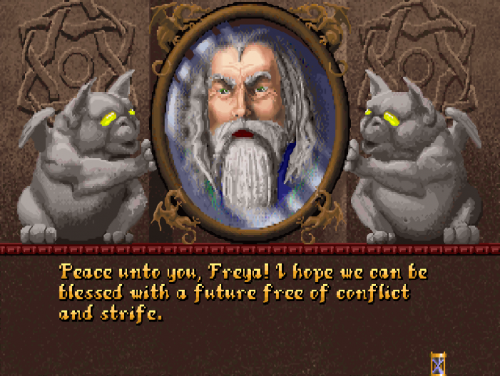 I’m not sure if the wizards have personalities, but the flavor text definitely implies it.

What followed is a lengthy time of peace, but one where I was constantly expecting war, so I prepared. I built up my cities and made it my goal to form an order of paladins in my capital. A properly trained paladin has now equal in anything Merlin could ever muster up against me, so this knowledge I brought with me from my previous life was invaluable.

Then again, since Merlin was on a different continent and I made sure he wouldn’t be able to settle any cities close to my lands, I needed to prepare for sea combat as well. As illogical as it my seem, ships of any kind are not really suited for this type of war, at least, not compared to the dragon turtles my new lizardmen allies were raising. In parallel to the paladins, I started assembling an army of these creatures.

Of course, I also set out a call to any hero willing to offer his services, and the call was answered soon enough. 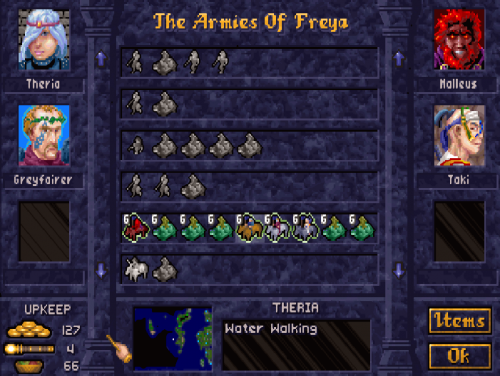 This is a pretty advanced screen for such an early game. I’m not sure if Civilization did it so well.

By spring of 1433, my army was nearly double in power to Merlin’s, and he was far behind in any other area. 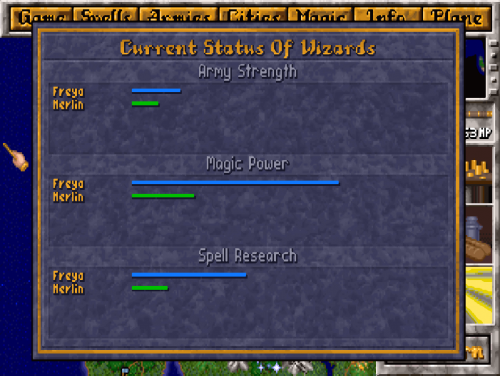 I’m almost positive there wasn’t a screen like this in earlier Civ games.

The peace times were long and things were starting to get dull for an immortal wizard. Decades passed and Merlin seemed content to stay on his tiny island.

I turned my gaze towards Myrror, hoping to further my research and find new allies in this sister world to Arcanus. Secretly I also hopped I’d find out Merlin was expanding there, but he seems to have never even entered Myrror.

I liberated the few neutral cities I found there and started exploring ruins left behind by the old empires. This to lasted for years. My paladins and dragon turtles were getting more experienced and better trained, but they never got a chance to test their skills properly.

He was definitely up to something. I cast a global enchantment to keep track of any important events and soon realized he was gathering an army of summoned creatures and calling every willing hero for help. 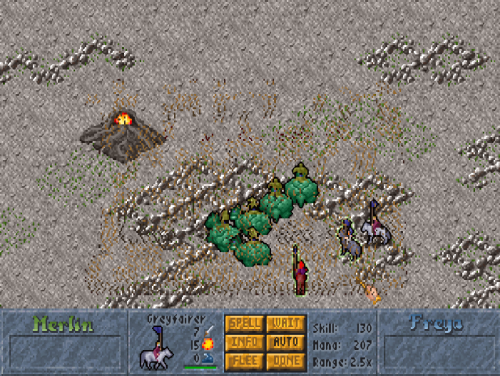 Battles are very tactical. Not even comparable to Civilization, really.

Not wanting for a surprise, I decided to beat him to the finish line. I gathered my well trained pack of dragon turtles, led by several of my strongest heroes and took one of his coastal towns within a week. 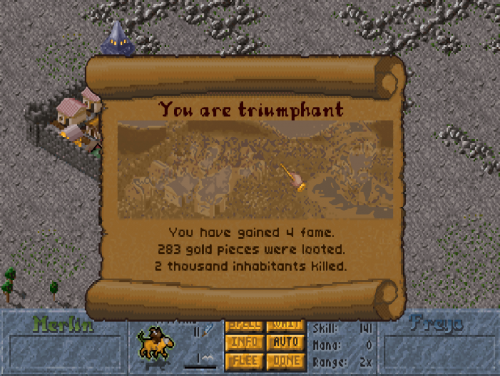 As soon as I could, I connected this town to my capital with an earth gate. In hindsight, this may have been a tad risky, but I felt confident I would be able to defeat him before he could do any harm to me or my people. 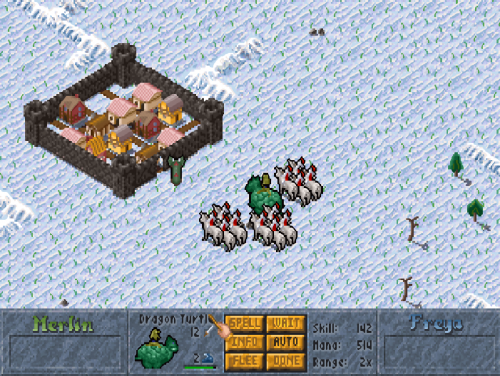 The great wyrm is seriously overpowered.

He only had three cities left and every couple of months, one would fall to my paladins. With his capital blocking the way to one of his minor cities, I called in help by summoning a great wyrm and a colossus. Maintaining the presence of these magical creatures in Arcanus seriously compromised my ability to tap into magical sources, but I had so much power accumulated, I would be able to endure the draining for years to come. Of course, there was no need to wait for so long. Merlin’s capital fell within two weeks and his final city was conquered two months later. 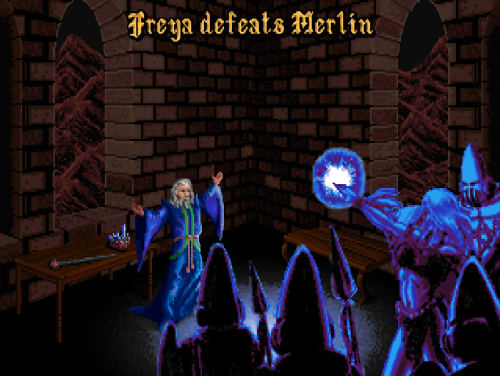 A wizard is defeated only if he doesn’t have any cities left.

Having conquered both the worlds of Arcanus and Myrror, I and only I remain the one and true Master of Magic. 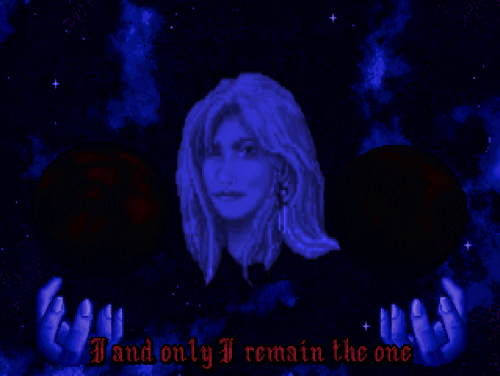 Winning a game rewards you with a nice animation.