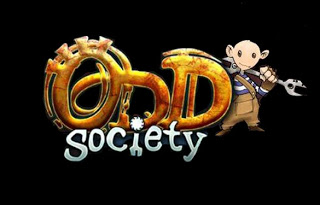 I acquired a bunch of indie games a few weeks ago, so, since I’ve completed some of them, and hated others, this one got its turn. I think I can objectively say it’s bad. They advertise it as a city builder game with a twist, but it’s nothing like it. You control your ODD Boy and do quests for various other members in the village. The quests include getting them an item, then building them a building in three stages, each stage requiring a gathering of various materials from nodes and monsters on the map, and then getting another item from them which you can then give to the next villager and start the process over. The graphics look nice and even the story is cute, but the game is just repetitive, slow and boring.
That being said, I’ve still completed it. I’m not sure why, but something just compelled me to do it. It didn’t take long, a couple of hours at most, but I still consider it a waste of time. There are also some achievements built into the game, of which I missed only two. I am not planning to go back to those.