I’ve played some more of this game and, while it does get a bit better, it’s only a marginal improvement. The game is pretty, the boss battles are fun and the attempt to go for action controls instead of tab switching is commendable.

Outside of that, it’s a typical MMORPG consisting of fetch/kill/grind quests, a relatively weak story and maybe a slightly higher budget than the average. Someone new to MMORPGs might like it, but for someone who played these games extensively, it will just be more of the same. In any case, I’ll keep it on my hard drive for a while yet, but I’m not sure how long. It most definitely is not the next MMO for me.

Now, for some concrete info. I’ve played for another hour or two, continuing on the same line of quests I’ve started previously. The archaeologist I’ve been doing work for turned out to be a fraud. He abducted the real archaeologist and used me to get into possession of some powerful artifact. I defeated the boss he summoned before he escaped, which was another fun battle, and then returned to the home base, where I was sent to gather some items needed to finally defeat the enemy. 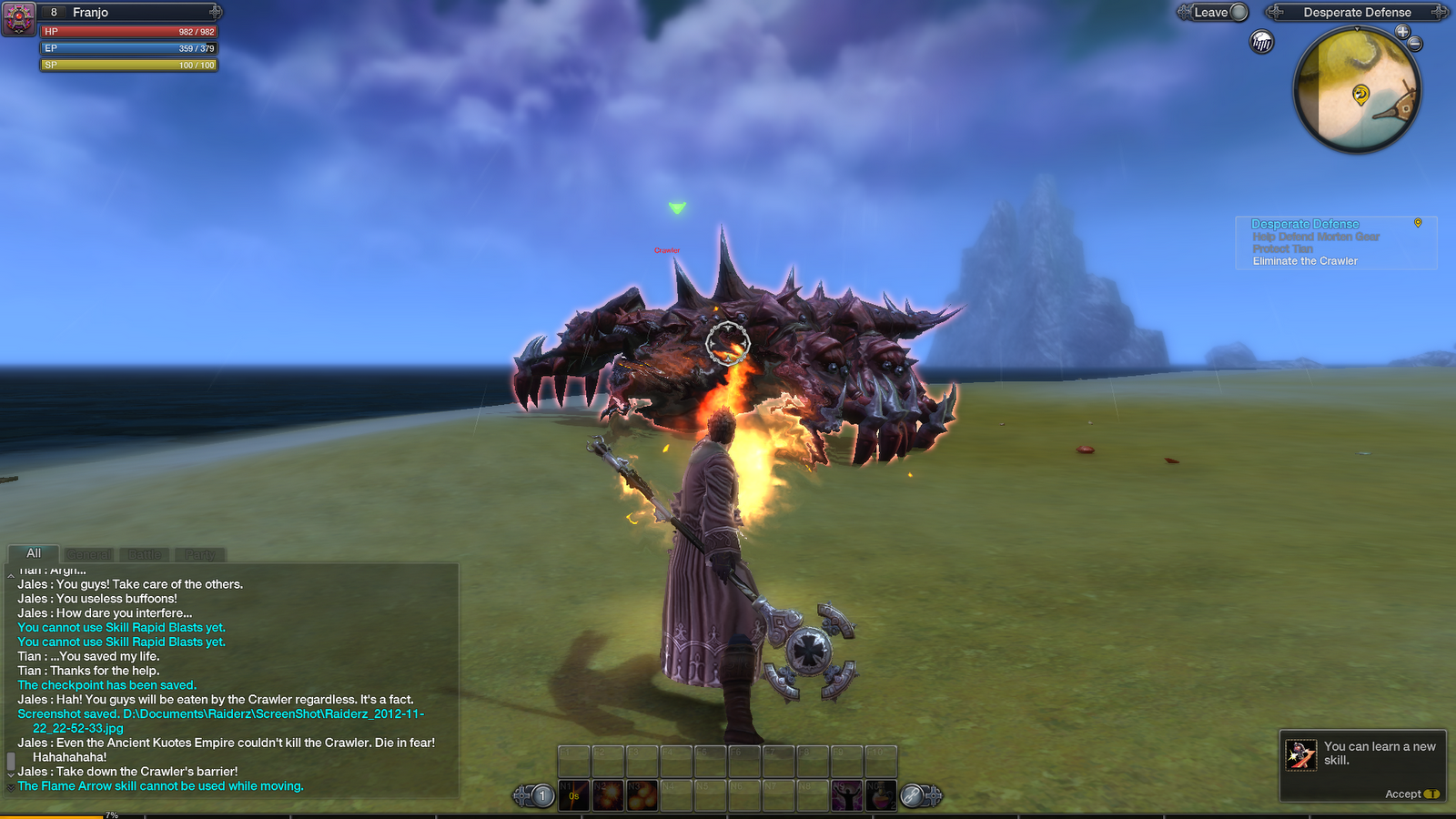 The boss fight was relatively easy, but also quite fun.

The crab dropped special items I used to craft stronger gear, which I did immediately, and then it was time to get to the next zone. I was around level 8 when all of this ended.One of the quests made me change into some powerful creature, which was also sort of fun, but nothing I haven’t seen before in other games. Eventually, I got back to the base and went on the final push against the enemy band of pirates. It all ended up with a boss battle against a giant crab, and that was it.

I’ve been following RaiderZ for a while now, because it kind of, sort of, seemed like something that might be fun, because it does things a little differently.

You see, the biggest thing that turns me away from World of Warcraft these days is that, no matter how much stuff they add in, at its core, the game remains “more of the same, every day”. You level, you get to the cap, you get gear, you go for dungeons, you get more gear, more dungeons get added, more gear, etc. 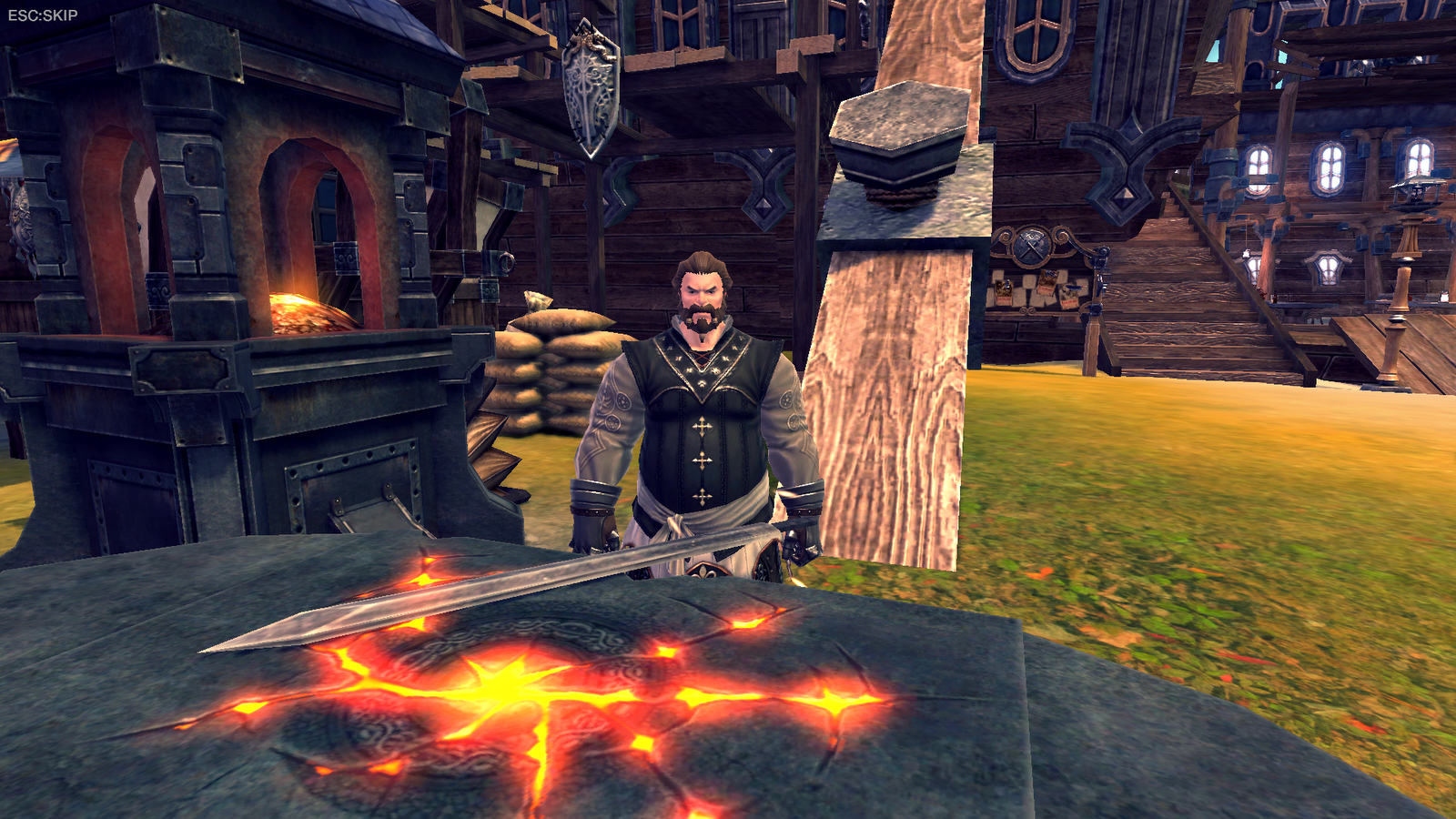 I got something like a cut scene when I crafted my first item.

Well, RaiderZ has been advertised by some as an action MMORPG with elements of the Monster Hunter series. The action part is what interests me the most. I’m tired of the old “select monster, then select skill” mechanic. I want combat to either have impact, where I swing the weapon, or I want it to be different in some other way. Maybe you make it turn based, or more tactical.Sure, the pet battles of Pandaria can distract you, they made the talents extremely interesting and all that, but the core still remains the same.

The Monster Hunter elements also seem attractive, but they aren’t that important to me. Of course, the idea of gathering parts of monsters to make equipment is great, but it also has to be done well in order to work.

In any case, the game left closed beta, so I was able to download it and log in, albeit on US servers only. For now, I’m a bit underwhelmed. The game begins in a typical MMORPG manner. You get your first quest, which takes you to another set of quests consisting of killing a certain number of danger-free monsters and talking to a certain person. The next several quests are also similar, though they involve item crafting from monster parts.

The action controls aren’t really there. Yes, you use your left button to attack and do damage without really targeting, but it all looks like the game is just tricking you. It feels like it auto-targets for you and then, instead of auto-swinging, waits for you to click your mouse. The controls simply do not feel like true action controls. Don’t get me wrong, the attacking and dodging is a huge improvement compared to the classic system World of Warcraft uses, but it still isn’t it. 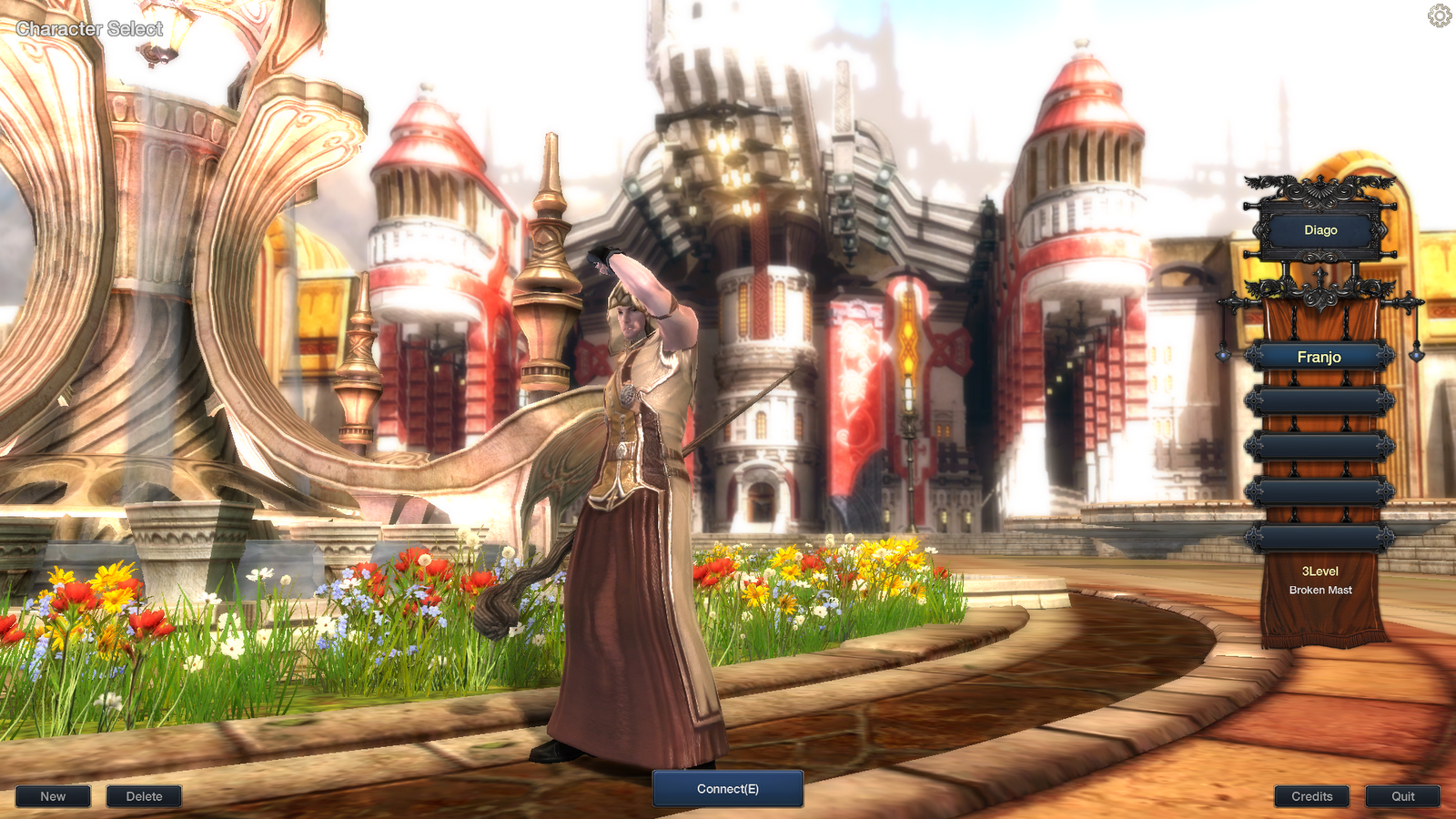 At one point, I got disconnected from the server, but at least I was able to see the new gear on my login screen.

I might return to the game occasionally, but I don’t see myself playing it too much.Things got a bit better towards the end of my session. I got a quest to kill a boss type enemy and I have to say, that part was quite fun. I actually had to observe the boss, dodge attacks, retreat and advance when it was appropriate and take proper care of my health and stamina (which is used for dodging). That part really is fun and much better than the old raid battles I’m used to. I just wish the other parts were as good.