The remake of the original Crash Bandicoot Trilogy – Crash Bandicoot N. Sane Trilogy has been out for a bit now and I finally got it. Here’s a review – it’s amazing! Problem is, I don’t have an X360 gamepad. All I have is an ancient PS2 knockoff gamepad made by König, of all companies, which uses the old DirectInput standard, instead of XInput. Lucky for me, there’s the x360ce tool which masks your gamepad as an XInput gamepad. The setup has some complications, but it’s possible to configure it for Crash Bandicoot. Here’s a guide how to do just that. 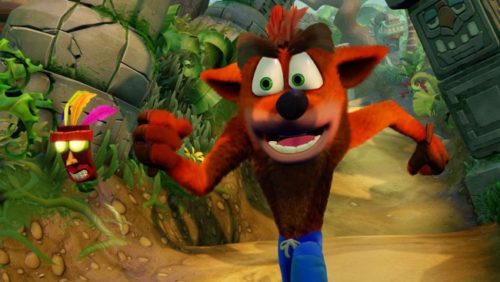 It’s a great game, but it only supports the XBox 360 Controller

Step 0 – What is the Xbox360 Controller Emulator

It does so by replacing or adding some .dll files into your game’s folder, which might seem scary, but since the tool has a good reputation, I would say it’s pretty safe.

Still, the disclaimer is there. You’re doing this of your free will and you’re the only one responsible for what happens.

Step 2 – Extract the .zip file you just downloaded into the game folder

I got the Steam version of the game. I’m not sure if there’s another one out there, but if there is, you’re gonna have to find where it’s installed yourself. It can get additionally complicated if you have a custom steam library. If you do not, all of your steam games should be located under

I believe that Steam, by default, installs to

so the full path to it should be

Just don’t take my word for it.

The easiest way to find the folder that I can think of is, if you have a shortcut to the game on your desktop or in the start menu, you can right click it and click “Open file location”.

If yo do not, but you have a shortcut to the Steam app, then you can at least find the location of your steam folder using the same method, and go from there.

Either way, in the .zip file, there’s a file called x360ce_x64.exe. You need to place it into the same folder where CrashBandicootNSaneTrilogy.exe already is.

Step 3 – Make sure your gamepad is connected

Seriously, connect your gamepad to your PC now. It should already be working as a generic gamepad in games that do support it. If it doesn’t, I can’t help you further.

This guide is about getting it working in a game that doesn’t support it.

Ok, this part gets slightly complicated, but not too much.

If you’re in C:/Program Files (x86)/Steam, you should probably right click and “Run as administrator”.

Step 4.1. – Go through the automated steps of the x360ce setup process 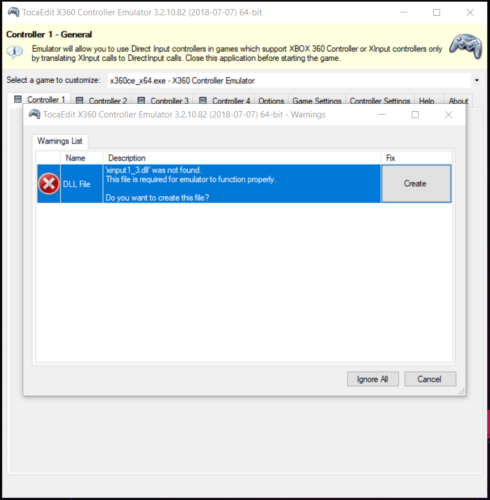 Error message saying a file was not found.

That’s fine. Click “Create” and get to the next screen. 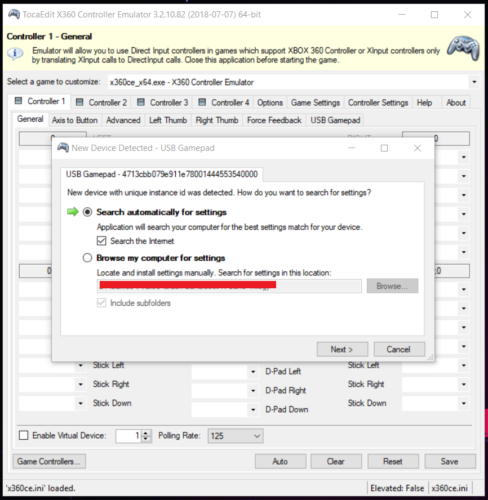 My gamepad was detected. Game folder censored because privace.

You can just search the internet here and it should work, for the most part. It should show you a list of results, probably just one of them. 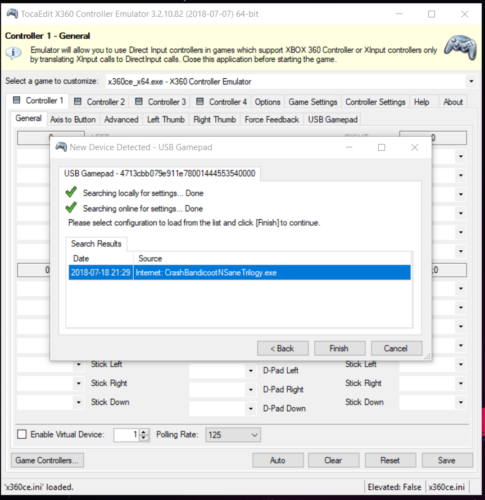 I got just a generic “USB Gamepad”, but it works!

Click “Finish” and we’re in the main window of the application.

Just full disclosure, the settings found are my own, which have been stored online the first time I configured the controller.

Step 4.1. Correct any incorrectly mapped buttons on your controller

The main window gives you an image of the original X360 Controller we’re trying to emulate here. If you press buttons on your own controller, the correct buttons should highlight on the image. If they do not, the simplest way to correct the issue is to click on the dropdown next to that button, press “Record” and press the correct button. 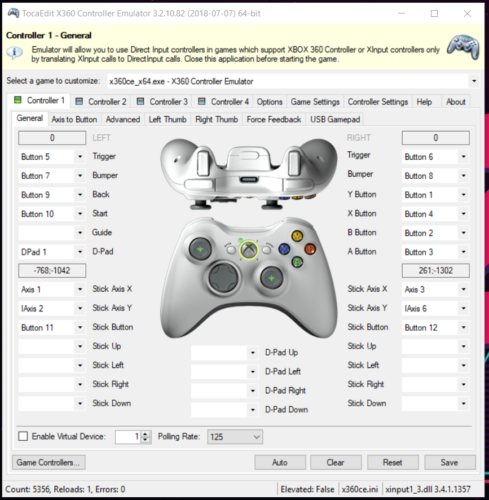 This is what the controller configuration tab looks like.

In most cases, no additional configuration will be necessary. In my case, the trigger and the bumper buttons were switched by default, so I had to correct those.

Once you’re done, you hit “Save” in the bottom right corner.

Now your controller is properly configured and its configuration stored online for any future games you might use x360ce in.

To get the game working in Crash Bandicoot N. Sane Trilogy, we have to click on the “Game Settings” tab. 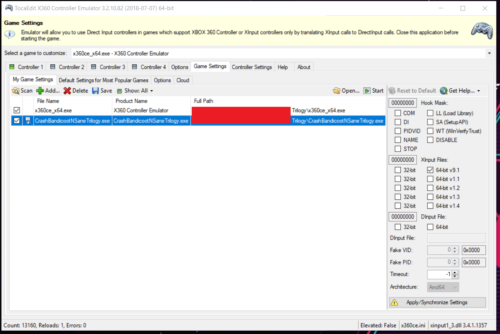 Your initial window will probably be slightly different here.

If there’s no CrashBandicootNSaneTrilogy.exe in the list in your window, you need to click “Add” and select that .exe in the file dialog that opens. If it isn’t there, then you didn’t run x360ce_x64.exe from the folder where your game is installed. Go back to that step, do that, and come back.

You can remove the x360ce_x64.exe entry from the list, once the other one is there.

Now, see that XInput Files section, where only 64-bit v9.1 is enabled? That’s the reason the controller isn’t yet working.

The checkboxes decide which .dlls x360ce will replace or create in the game folder. Crash Bandicoot N. Sane Trilogy is not using the one that’s enabled.

Just some general wisdom here, if x360ce isn’t working in any game for you, this is the likely where the problem is. Generally, just experiment with combinations of checkboxes and run the game after every change until you see it working.

A good rule of thumb is

Using this approach, I figured out the bare minimum needed on my system is that, in XInputFiles, v.9.1, v.1.1 and v1.2 need to be checked and that’s all that’s needed. Everything else stays unchecked.

Once you have that and confirm your controller is working in your game, hit “Save” to store this configuration online, so it works for yourself and possibly others. 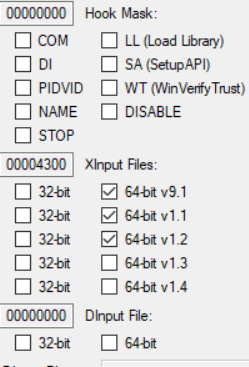 The correct setup working on my machine. 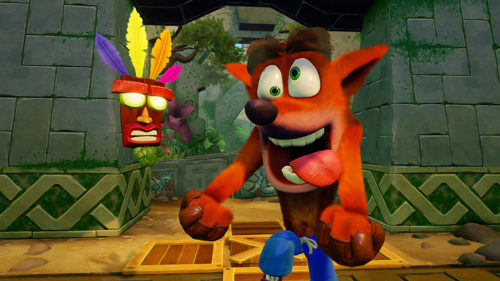