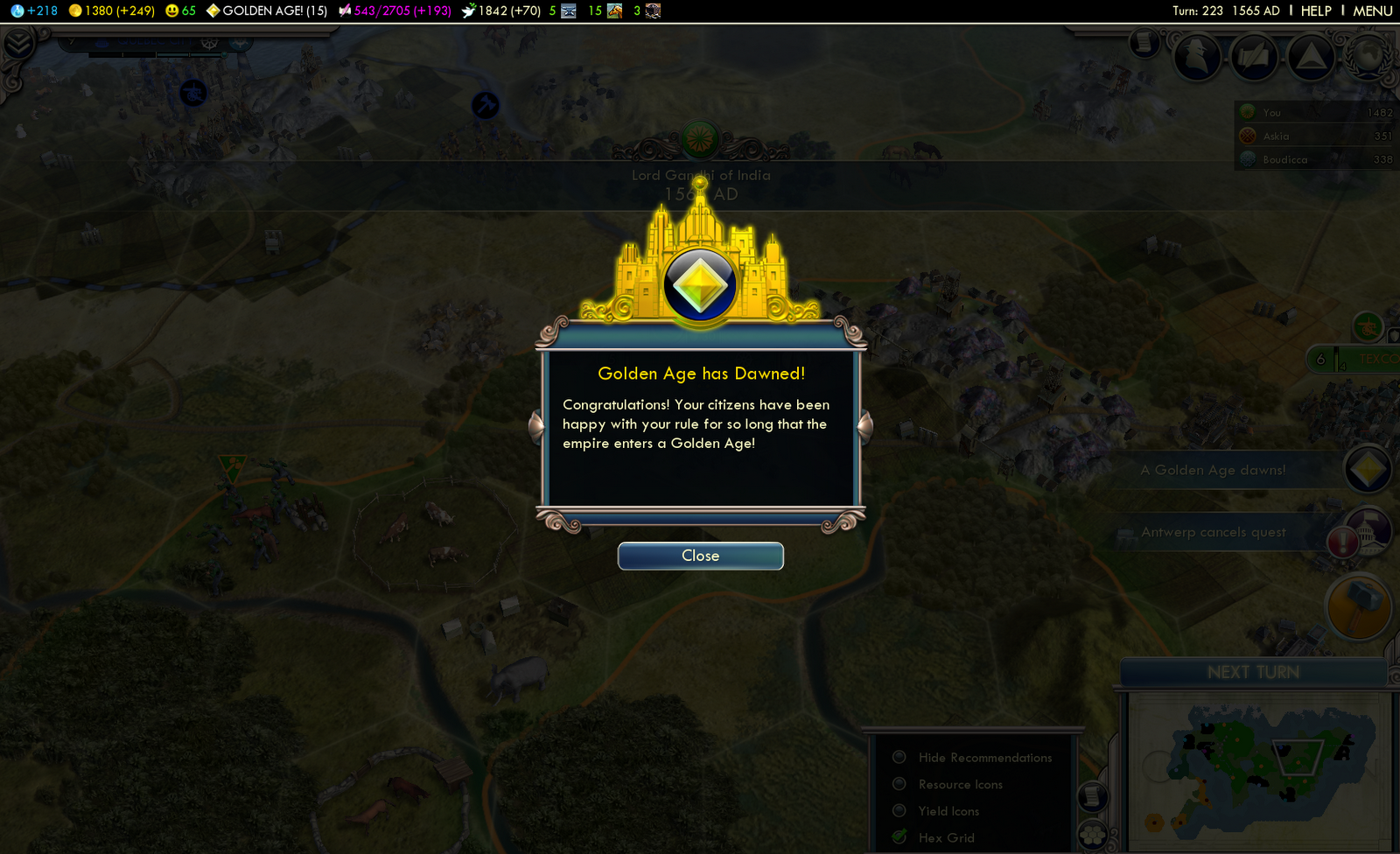 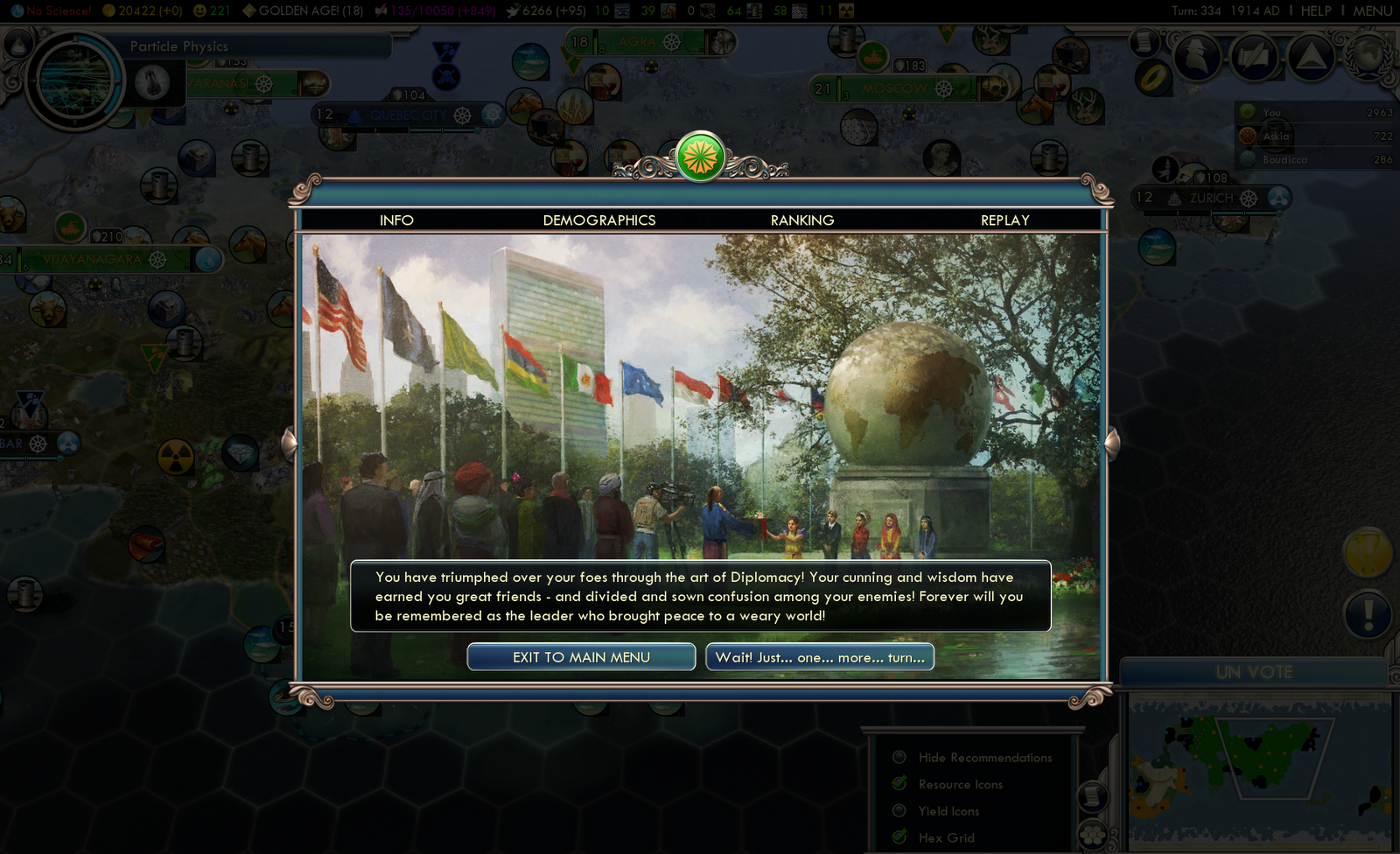 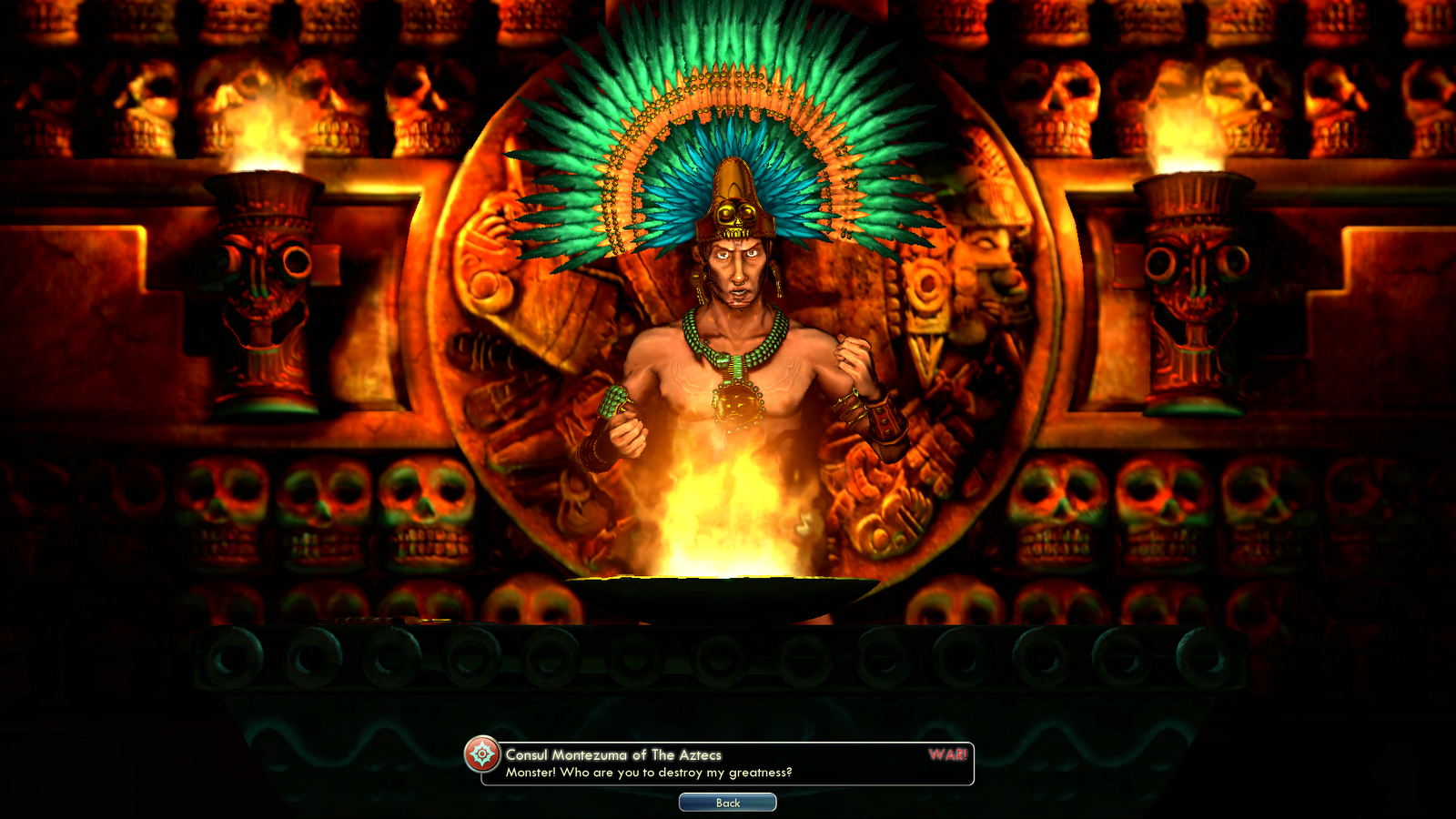 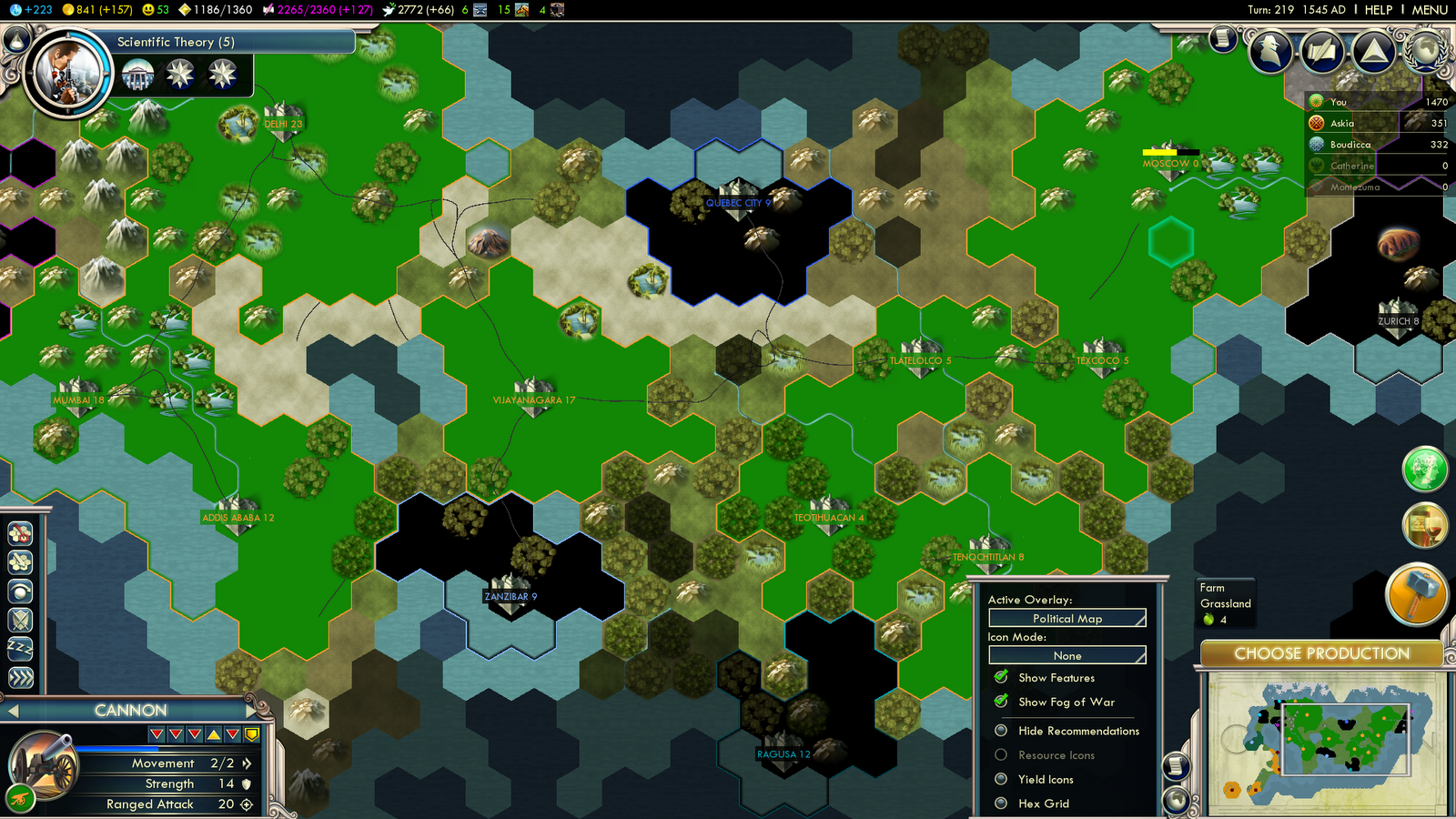 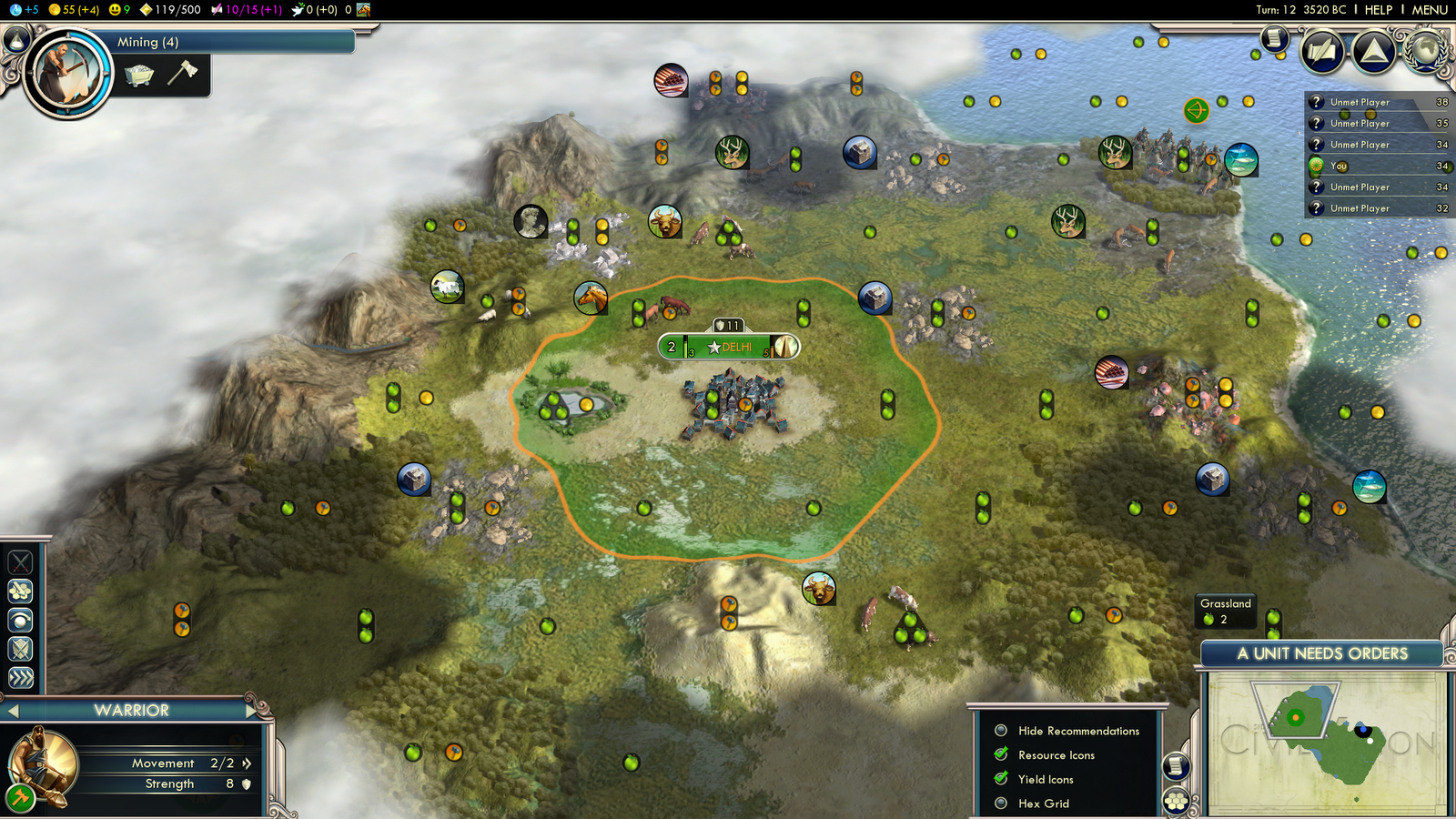 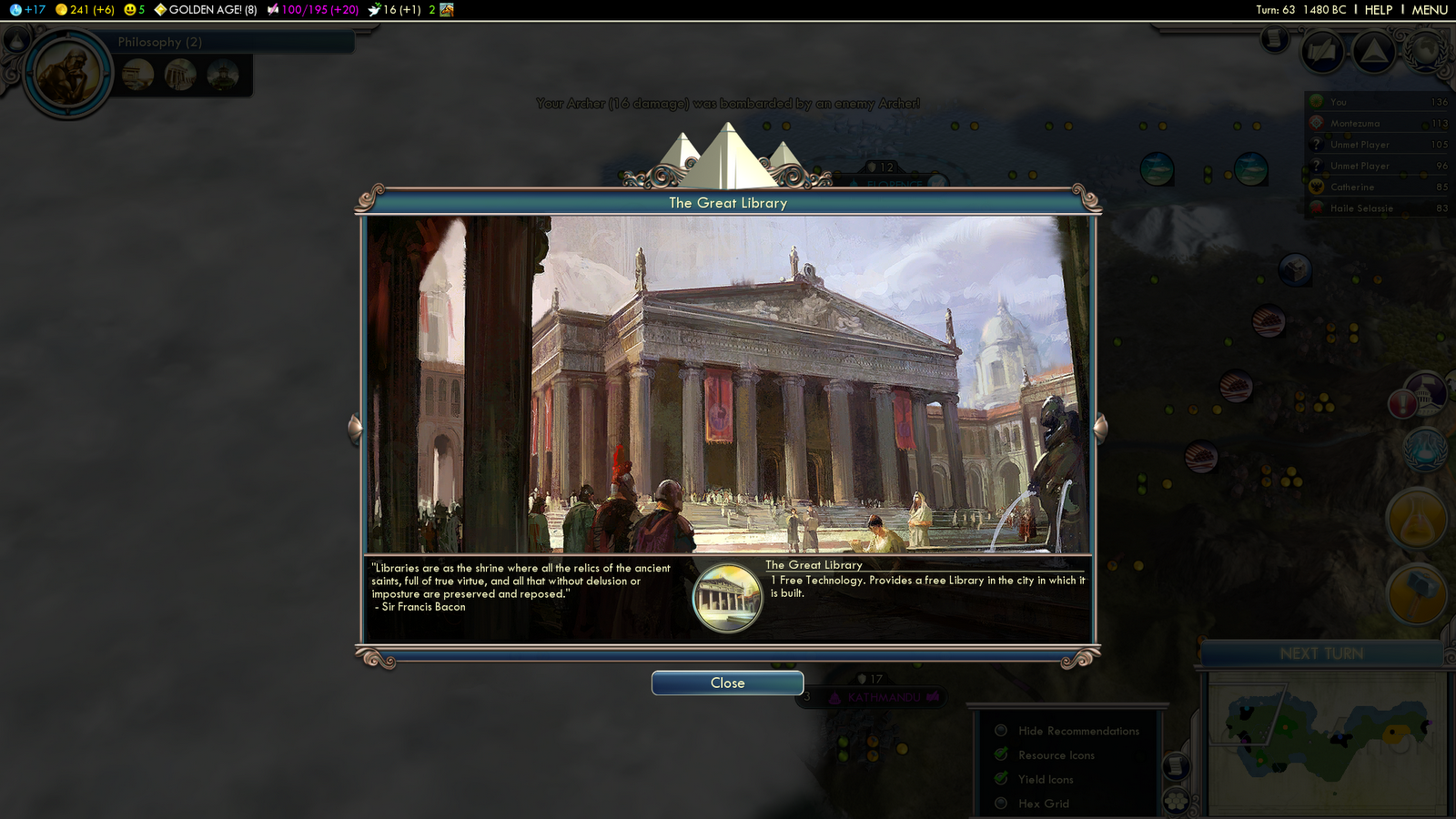 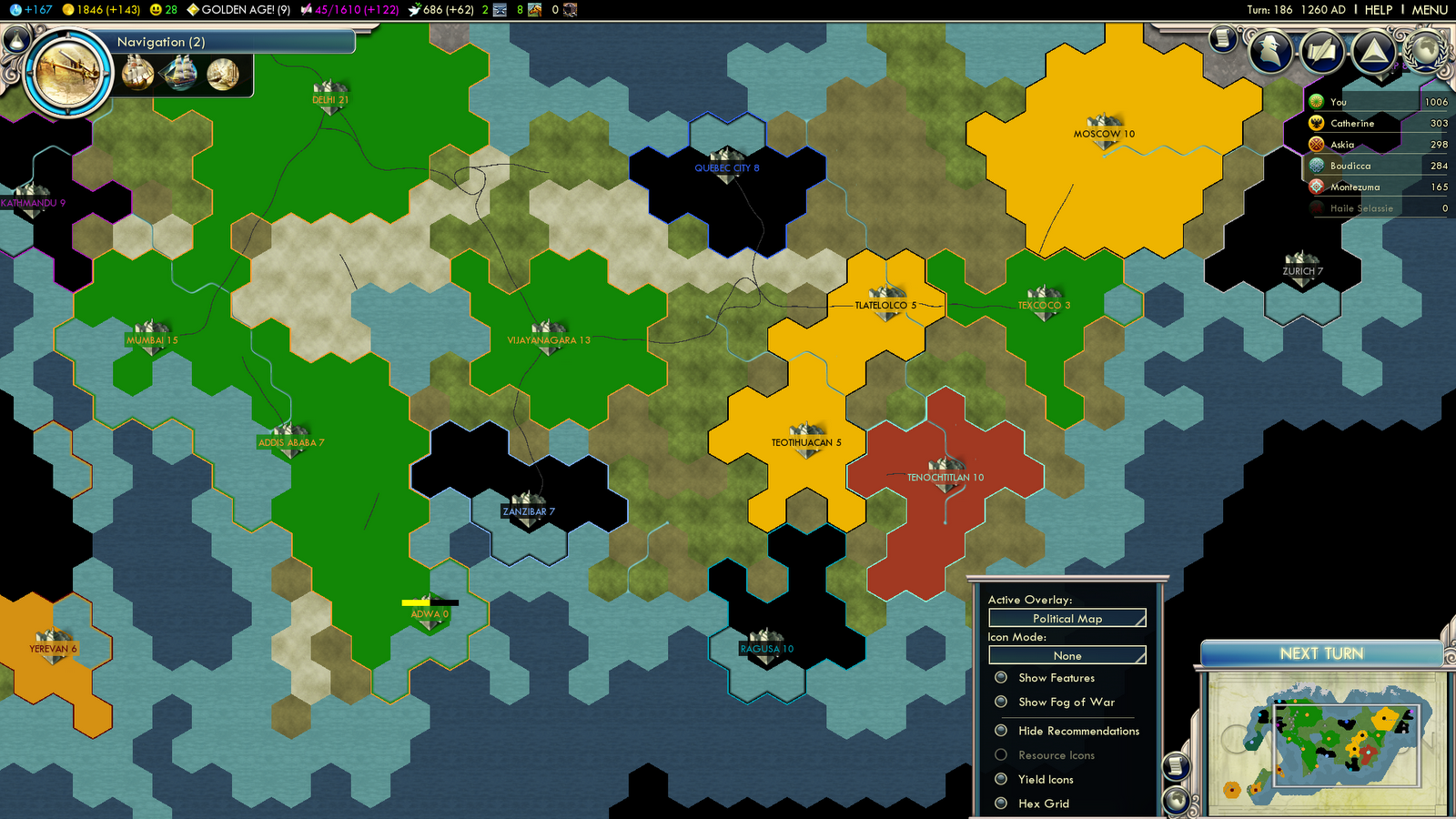 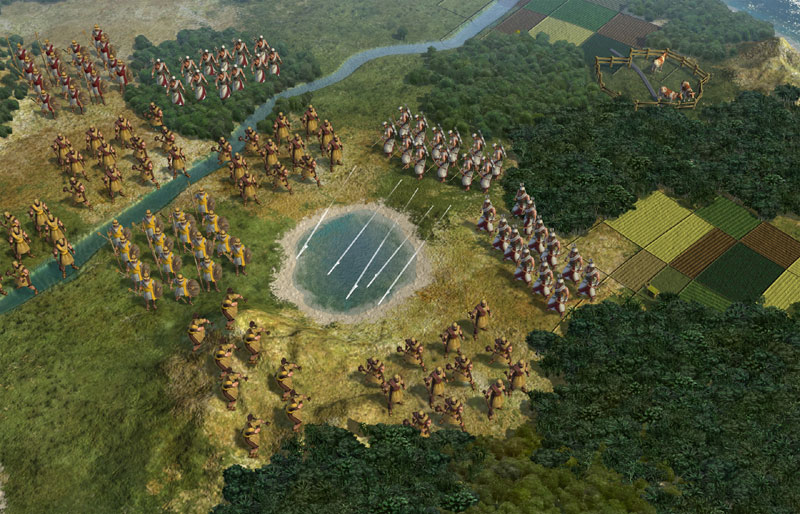 I finally managed to get my computer working, so expect a whole bunch of posts in the future. Sadly, I have a headache today, so all I did was to play some Civilization 5. It’s every bit as awesome as I imagined, so I’m reserving a permanent spot on the hard drive for it.

I just started a random, non-custom game and I got China as my civilization. First I’ve spent some time expanding and then I encountered a total of four nation states and the Aztecs. I destroyed two of the states and allied with the other two. Then the Aztecs attacked one of them, so I decided to retaliate and destroy them. Since I was now alone on the continent, I researched the required techs to cross the ocean. On another continent, I encountered the Ottomans, Americans and the Egyptians. The first two hated the Egyptians, so I decided to cash in on that and gang up on Ramses. Pretty soon, he was capitulating and gave me half of his empire just to stop the attack. This is where the headache got to strong and I saved my game.