Well, kind off. After a lot of consideration, I decided to stop pirating PC games, or at least, to try and do that for a while. My lifelong (and probably unreachable) dream was to have a gamedev career, so this is the main reason I’m making this decision. It will affect this dream in two ways.

First of all, I want to make money from making games. 95% of the things I pirated did not affect anyone’s profit – I would not have bought those games anyway. However, that still leaves those 5 percent. Also, since I can’t afford more than one or two AAA titles a year, most of my purchases will be helping indie developers, which is what I want to be at one point. 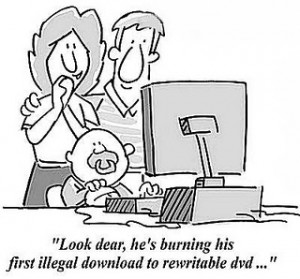 This is actually true where I live.

Secondly, this means less games and less time spent playing them. This is also a good thing, because most of that time is time wasted. Honestly, very few of the games I play actually are really good. Most of them are timewasters that I play for lack of alternative. From now on, I will try and only stick to really good games that deserve my attention.

I’m not completely going away from piracy, though. I’m just creating a set of rules I will follow:

These rules will easily reduce the amount of pirated content I consume by over 90%. Once I finish college and get a job, I will consider eliminating the remaining 10%, but for now, this is not a reasonable goal. Wish me luck!