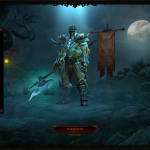 2.0 is out, but anyone who’d take the time to read this probably knows that. I’ve heard good things, so I’ve decided to give Diablo 3 2.0 a try. I did it without the expansion, mind you, but a lot of the overhauls the expansion brings are actually included in the patch. Since the core of an ARPG is simple, this will be an attempt to cover most of it in a single posting.Continue reading

This morning I had another session of Diablo III. This time, I managed to clear the normal difficulty with my monk. All in all, it wasn’t very difficult, as expected for the first difficulty. Nearing the end of act 3, I got extremely lucky with some item drops, which made my dexterity skyrocket, meaning I was killing most basic enemies with two or three hits from a one-handed weapon. 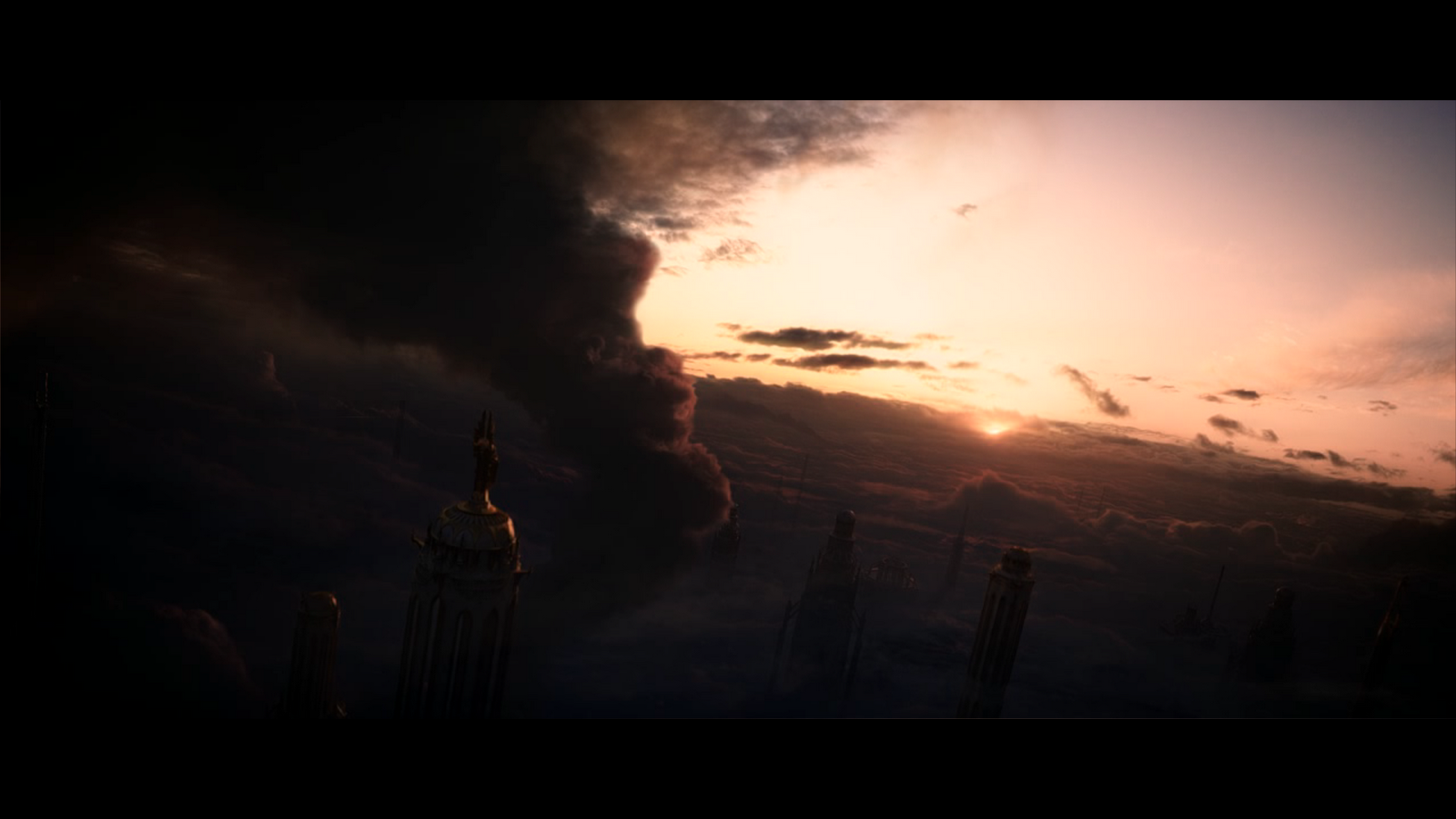 I started it up on Nightmare immediately, just so I could see if it will be a steamroll in the first act, and it looks like it will. Over the next few days, I might not play this one as much, though, because real world obligations are kicking in, and Diablo is a game with lengthy gaming sessions.

I got a bit tired of my wizard, so I decided to give it a try with a monk. I named him Aang, for obvious reasons.

It was definitely fun. I had some hard time properly targeting enemies because i was used to attacking from ranged and leading my shots, so I ended up running around stuff a lot, but I’m slowly getting used to it. I’m mostly using the third primary skill, the one that attacks in the circle. For my secondary skill, I use the one that makes you charge through and knock back enemies around you, with the rune that reduces spirit cost. It helps me get around easier and charge towards health orbs when things get tough. 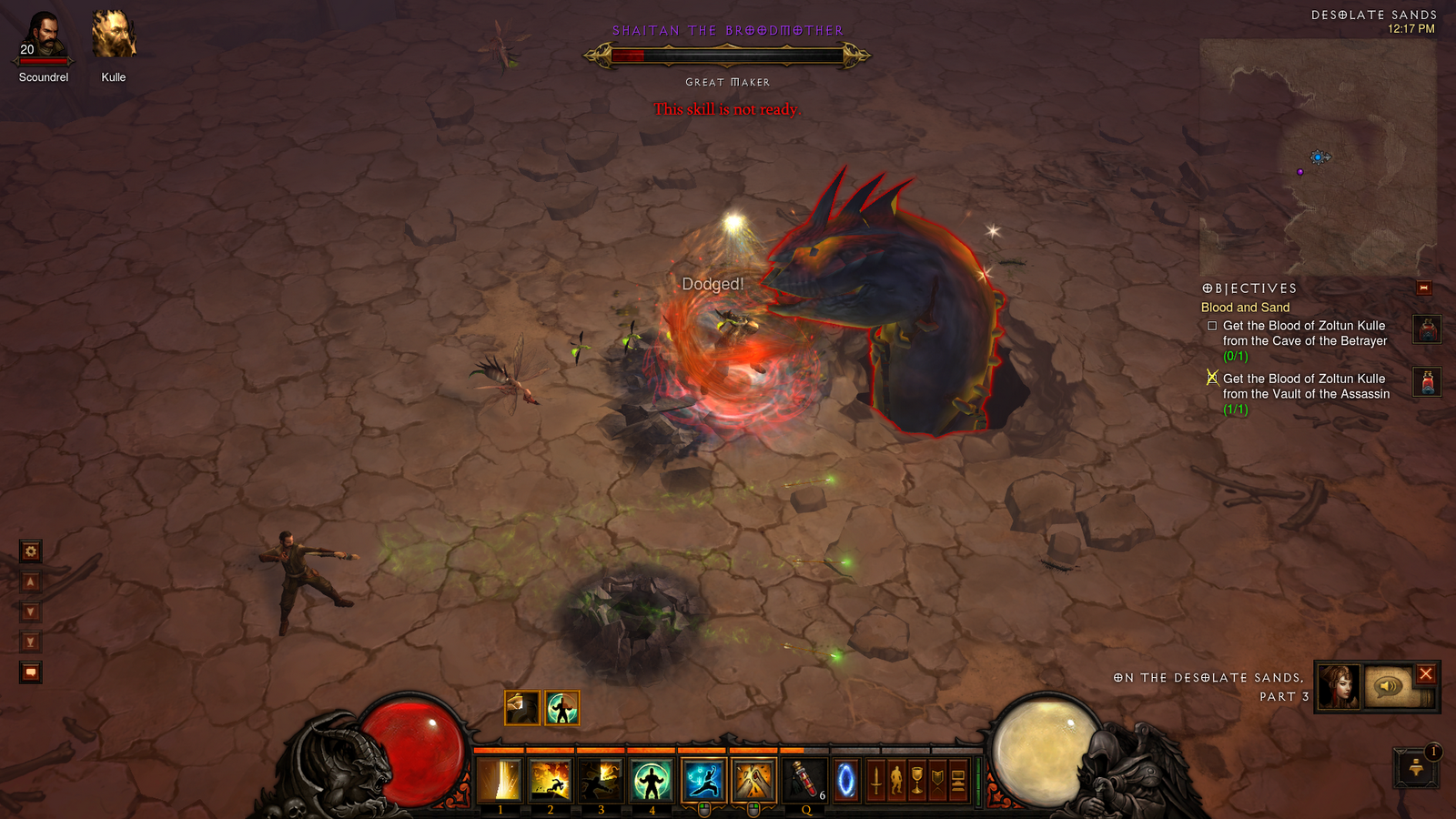 As for the rest of my skills, I use the self heal with the damage rune, the dash, the seven palms one and the dodge increase buff. I found that I do plenty of damage pretty much with my primary skill alone, so as you see, most of my other skills are utility or survivability. This allows me to move around mobs, destroying groups from the side, instead of allowing them to surround me. If they do, though, I can hold my own for a while, do some great AoE damage and heal myself if necessary. Once it gets too tough, I just knock them back and charge out.

I managed to get to act III, pretty much in one sitting, and I had a lot of fun. Also, my first legendary/unique item dropped – an awesome two handed hammer with insane damage, considering it’s required level is only 14. I used it for a while and then put it in the stash. My future barbarian is going to love it.

This morning, I played some Diablo 3 again, and I was still having fun. For now, the patch seems to be working.

I managed to clear the entirety of the first act and get to the beginning of the second. For the most part, it was challenging, but not impossible. I died a total of about a dozen times, but considering my gear was still mostly below level 60, it wasn’t surprising. 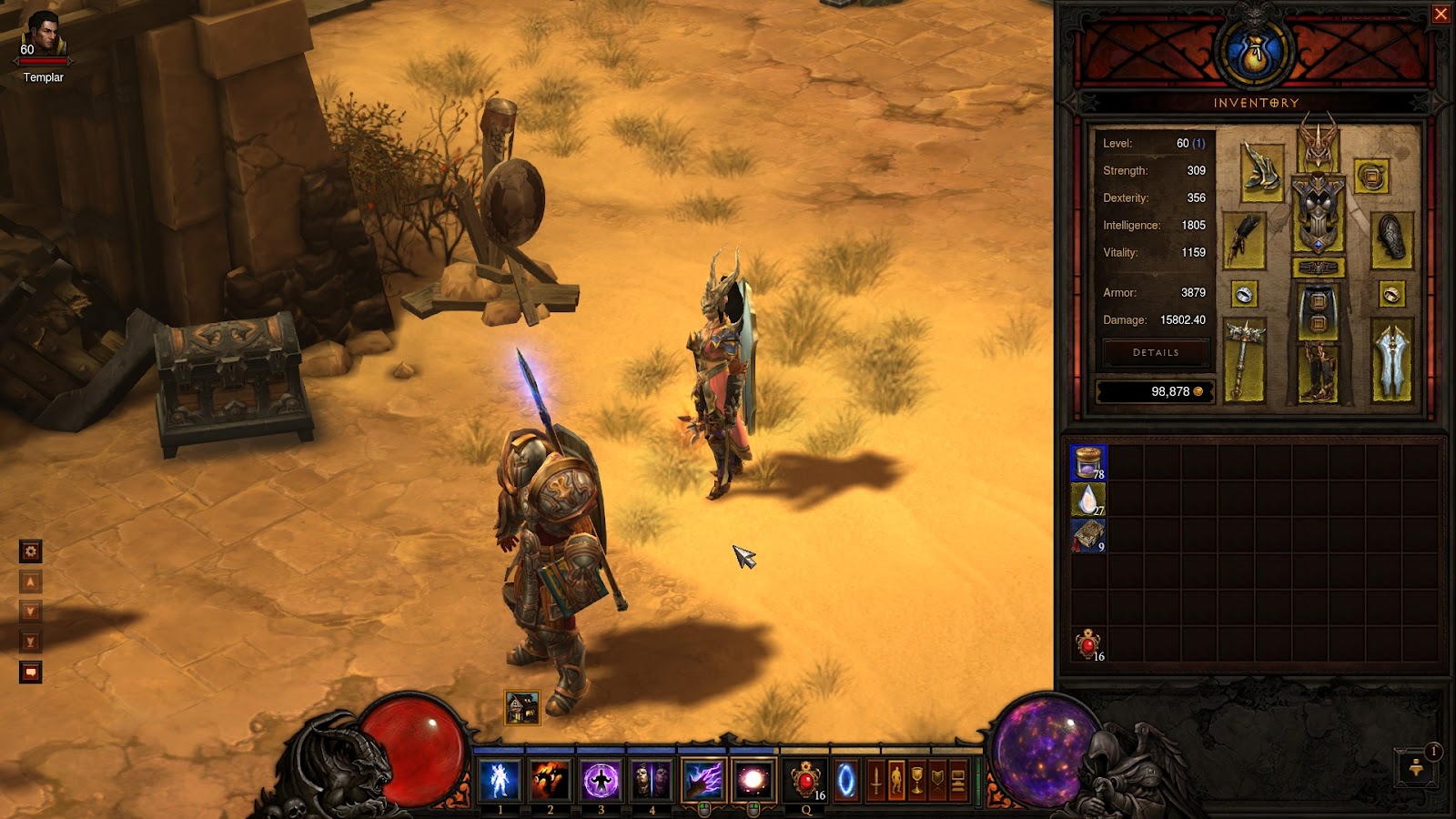 Back to the desert.

My play style is still the same. I use Venom Hydra and Arcane Orb with the increased AoE rune as my main damage dealers. The Eletrocute recharges my arcane power via Surge of Power, and Diamond Skin and Mirror Image are used defensively when needed. Energy Shield is my offensive/defensive buff of choice.

In any case, I’m act two now, but I haven’t tried actually playing yet. From what I hear, the difficulty should ramp up quite a lot now.

As a lot of gamers are probably aware, Patch 1.0.4 for Diablo III was released this past week. The two of you that are actually reading this blog might also be aware that I kind of got bored of the game a few weeks ago, and possibly even wrote about it.

Suffice to say, I was hopeful with the game, and it is a good game, but it doesn’t have that magical something that Diablo II had. I’m not sure what it is, but it doesn’t have it. The game felt more like a grind than an addiction. It might be even possible we, as gamers, outgrew the formula, but I doubt it. It was probably just the combination of a bunch of minor things being not quite there at the same time. 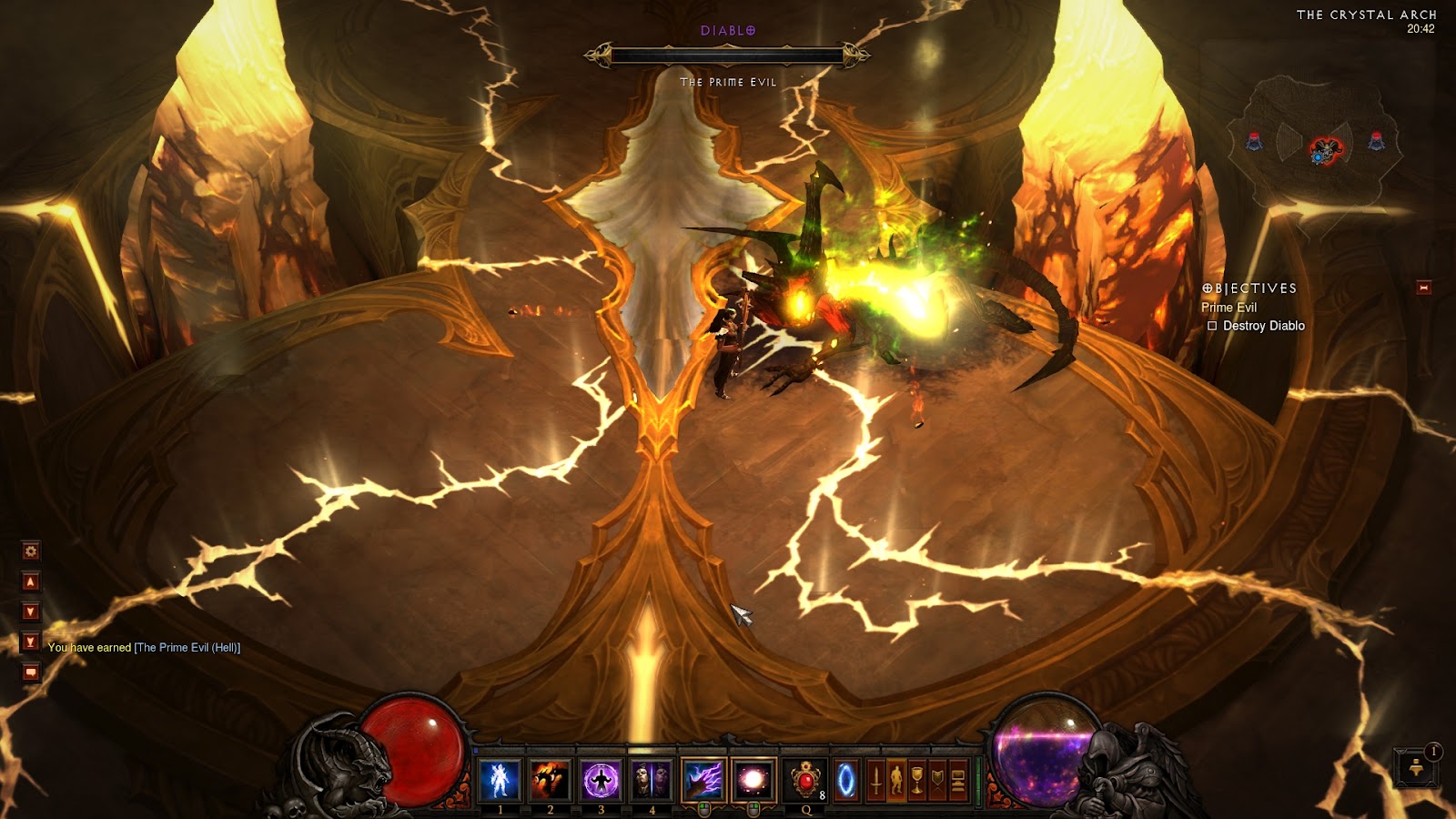 In any case, patch 1.0.4 tried to add some of that magic back in. I gotta say, it may be a successful attempt, to a degree. I tried playing my wizard again, and I actually enjoyed myself. The fights aren’t as annoying, or as hard, those unbeatable enemy combinations don’t seem to happen anymore, there’s more drops, everything is just less annoying. Now, It might be that this is because I haven’t played in a while, but I truly think the patch had something to do with it. There’s hope for this game yet, I guess.

Anyway, I played my wizard, and I managed to beat Hell. I also managed to get to level 60, so it’s time to do some grinding (hopefully the fun kind) in Inferno. Thanks to some of the gear I bought (for gold, not real money), Diablo wasn’t that hard. I had to be alert, but I managed to kill him on my first attempt, almost dying only twice.

I got a friend who’s living and working in Germany at the moment, so we sometimes play together on Sundays. He plays a monk, while I’m a demon hunter. We got through the signal fire and catapult quests today, but that’s about it. Since the last major patch (1.3), Diablo has been quite laggy for me, which really kills the desire to play. Still, the friend is pretty damn bored on his free days, since he doesn’t speak the language well, so I have no issues with the two of us wasting some time together.