Just a quick update. Legend of Grimrock 2 is now completed. I got through the normal ending as well as the hidden, true ending. I didn’t do all of the achievements, though, so I can’t consider it 100% completed. Still, I’m happy with the outcome.

Legend of Grimrock 2 is a great game. It’s just as good as the first one, but it’s also different enough from the first one to make it a completely fresh experience for me.

The gameplay that eventually reaches the normal ending is comfortably challenging. There were instances where I was stuck for a bit, but eventually, I was able to figure anything out. 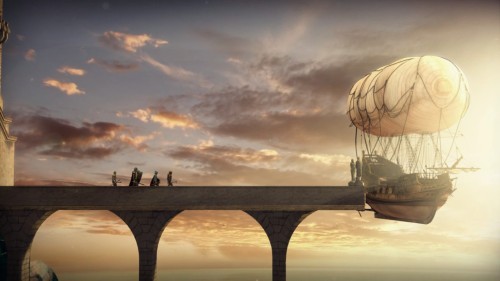 Pictured: The reward for beating the game is a very nice video of anonymous heroes leaving the island.

The true ending is, I can honestly say, not something I would’ve been able to figure out without help in any realistic amount of time. I’m sure that playing, replaying and exploring every noon and cranny would eventually allow me to figure out and even get through it, but it would probably take months and I don’t have that kind of time or willpower.

I’m a bit conflicted on some things.

On the one hand, the idea that you have to know ahead of time to keep some item even though it seems worthless, just to get through an area or get an achievement much later in the game bothers me. It means you have to find a guide or just hoard everything that seems unique in any way just in case. There are at least two items in the game that require you to keep hold of them and one of them is something you literally pick up in the first area of the game. I dropped it at some point, but lucky for me, it was close enough to the point I figured out I needed it that I was able to backtrack and pick it up. 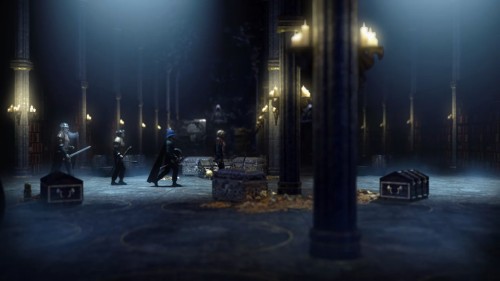 Pictured: The true ending gives you more than just an escape.

On the other hand, I guess that’s something that pushes you to play through the game more than once. I mean, sure, in this playthrough, you don’t have that special staff anymore and you have no idea where you dropped it. However, on the next playthrough, your party will be stronger because you’ll know which skills are better. Your equipment will be better, because you’ll know which areas to prioritize in order to get the good stuff quickly. You’ll also get to that same point faster, because you already did your work exploring. Most importantly, you’ll know you need to keep the staff this time. 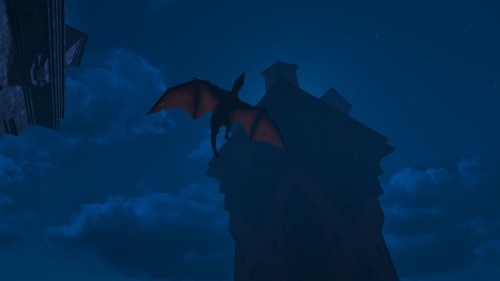 Pictured: A screenshot like this one was not possible in the first game.

And it’s the same for those special achievements to. The developers really want you to play Legend of Grimrock 2 more than once and honestly I kind of do want to play it again. It’s just that there are so many other games I also want to play, so I probably wont. It sure is going to stay in my memory as one of the best games I played, though. The same thing happened with the first Legend of Grimrock, really.

Take better notes than I did.

At several points during my playbook, I thought I lost an important item when what actually happened was that I already turned it in. To be more specific, I thought I lost the Essense of Fire, but I already picked up both that one and the Essence of Earth and dropped them off at the altars in front of the castle. 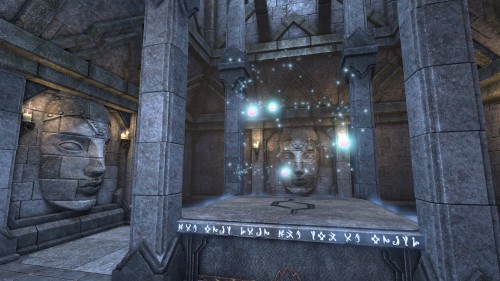 Pictured: There’s a bunch of quest artifacts you need to collect to get to the final area.

Similarly, as I was going for the final ending, I had to pick up some secret items which are in fixed locations in the world. I was missing one, but I had no idea which one it was, so I almost had to go revisit each location where such an item appears. Luckily, the one I didn’t pick up yet was in an area I also didn’t explore at all, so it ended up being pretty easy to deduce where I had to go.