This morning, well before noon, I managed to start and complete the score attack mode. Once I got to the point of no return, I’ve completed the first Reflection as well as a bunch of earlier level with all the Idols activated. This was enough to get me above one million points and the last achievement was mine.

As amazing as this game is, it’s time for it to give up the place it’s holding on my hard drive for some other game. Other than a very likely future onset of nostalgia, there really is no reason for me to play it again any time soon. Amazing game, but I got all I could from it.

I started playing as soon as I was done with my last article yesterday and got all the six cores that evening, in less than two hours. Throughout today, I’ve completed the rest in a couple of relatively short sessions. The story is a breeze when you start out with most of your weapons almost fully upgraded.

In addition to completing the story, I managed to complete all the extra “meditation” levels with all ten idols active. Some needed several attempts, but none of them were too hard, mostly in thanks to my Pike/Mortar combo. 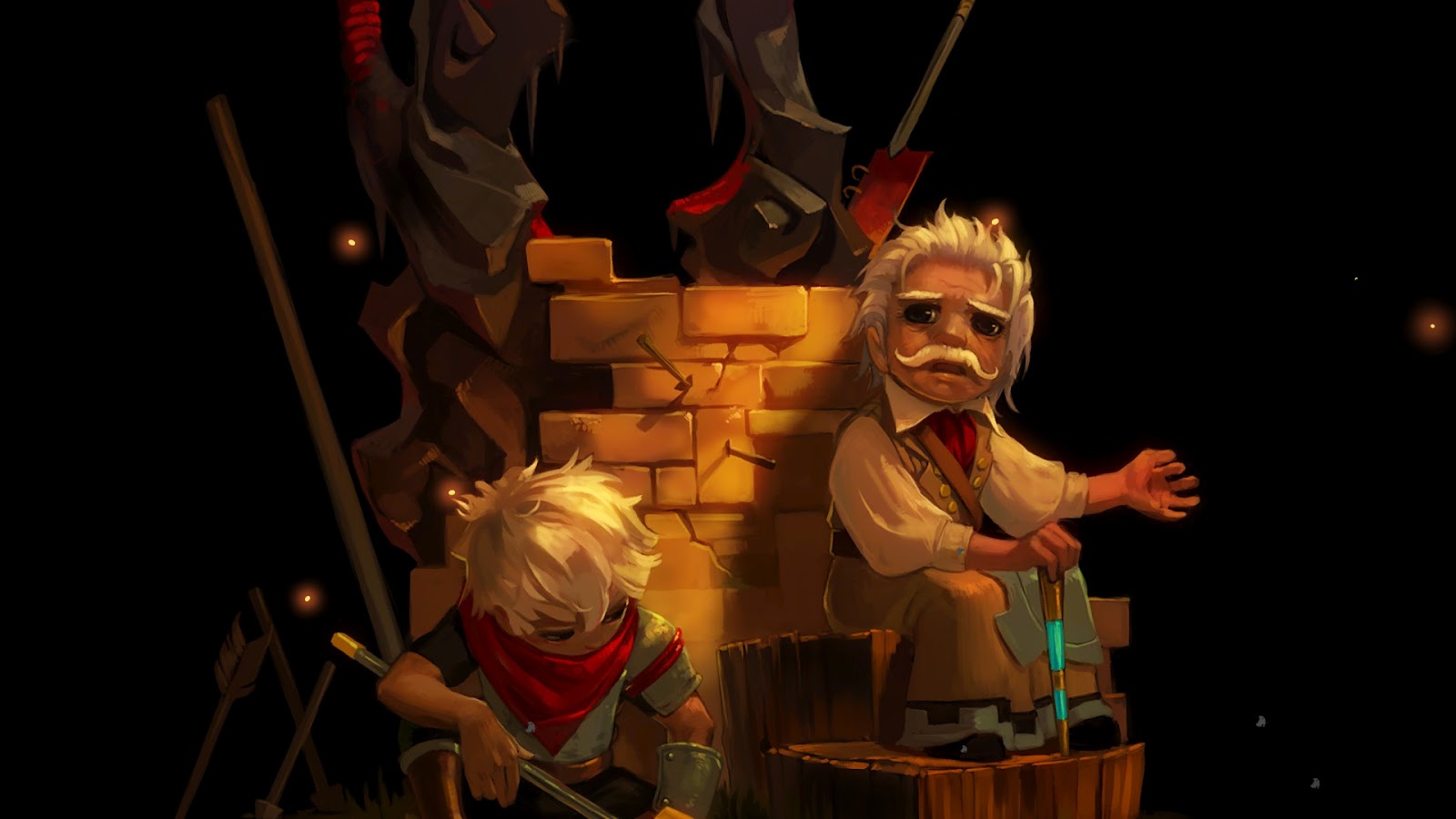 Rucks might be getting tired of all the talking, but I’m not.

I only have one achievement left now, and that is to get enough points in the Score Attack mode. I started up this mode a few minutes ago, just to see what it was about, and it looks like you get to repeat levels, and earn points by killing enemies. You also don’t get to keep your gear or your levels, just the idols and spirits.I also got the hidden Turret Opera achievement which requires me to have my Portal turret kill 20 enemies before dying. In case anyone is wondering while reading this article a few years from now, you get the portal turret in New Game+ once you find the girl. I got it on the Kid dream level.

I’ll try to tackle that tomorrow, unless I finally start playing Minecraft Tekkit with a friend. We’ve been talking about trying this out for a while now.

As you might know, I used to almost exclusively pirate games. A while ago, I decided to stop, in order to get more enjoyment from my gaming, which seems to be working for now.

Bastion was one of the games I pirated. To this day, I consider it one of the top games I’ve ever played, right up there with Final Fantasy VII and some other games. This, and the fact that I pirated it in the past, made me decide to obtain this game legitimately and play through it again. 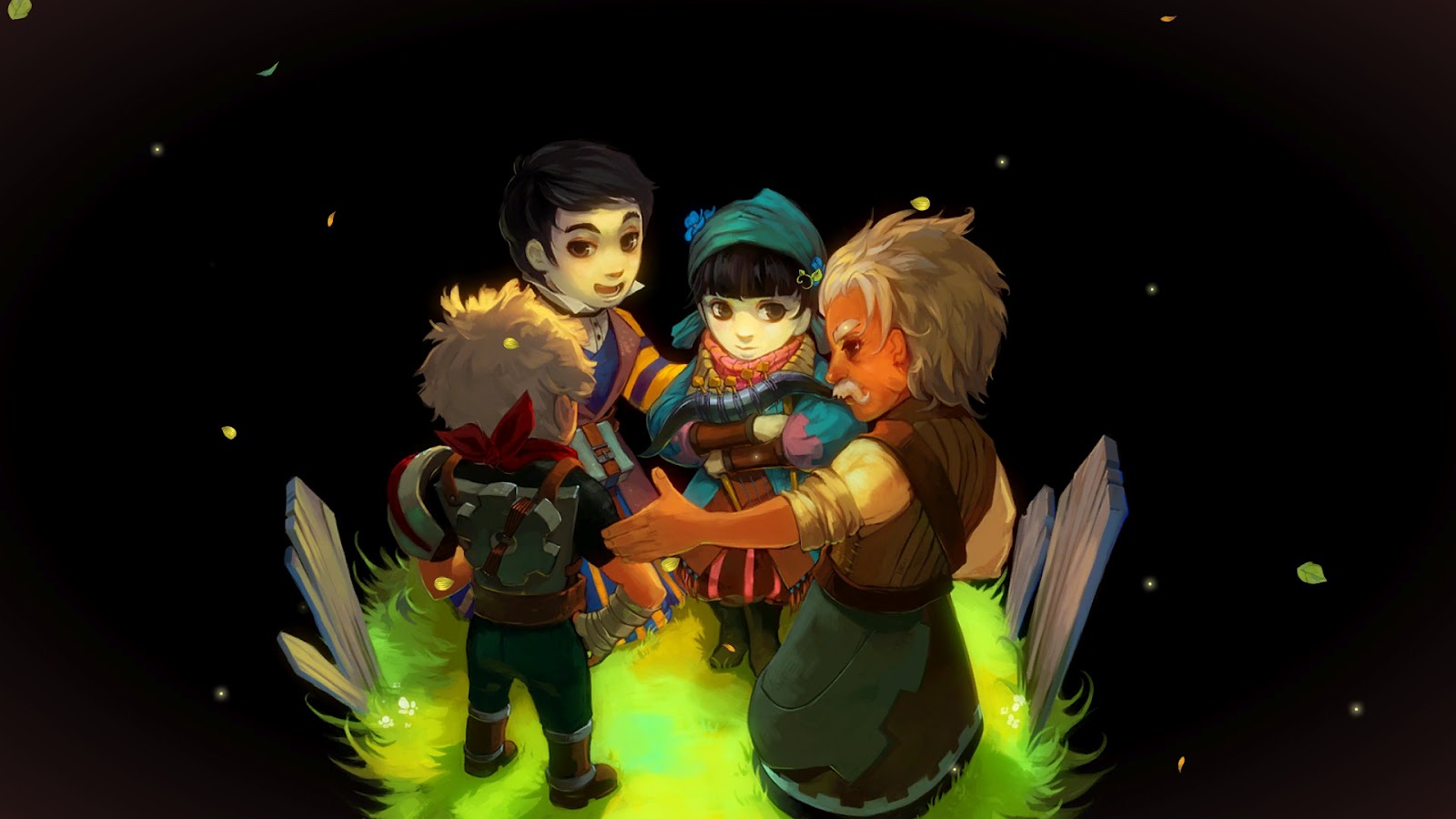 Playing Bastion is a magical experience.

So now that I’ve finished the game officially, with a legit copy and on Steam, I’ll probably also tackle the achievements and try to reach 100% completion. It doesn’t look too hard, but it might take a while, since you have to basically complete the game a total of three times in order to get all the achievements. I’m not sure if I’m going to do it right away, but I definitely intend to do it with this one.The first half of this decision was done weeks ago, when Bastion was part of the Humble Bundle. The second half began and ended today. I started a fresh game this morning and completed it this evening. It’s still the perfect experience I remember from over a year ago, and it’s still one of my favourite games. The soundtrack, the graphics, and the story combine with the gameplay perfectly, making it a one of a kind experience. Seriously, any gamer should at least invest a couple of hours on this game.

The Review: A Bastion of Gaming

OK, Skyrim will have to try extremely hard to take the “personal game of the year” title from this game. There, no surprises left in this review. I loved every little thing about this game and it’s really hard for me to find a real flaw. Let’s try, though.

The graphics in Bastion look beautiful. Everything is hand drawn, colorful, sharp and shiny. The levels are detailed, the characters even more so, and the enemies look unique and interesting. Everything is also very well animated, with plenty of frames for each movement. Nothing looks choppy or half-made. There’s also plenty of variation in the art for each level, so it doesn’t get boring, even for a second. 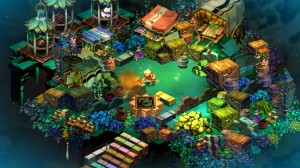 Courtesy of Supergiant Games – a Wallpaper.

The music is where the game really shines, though. The soundtrack has that Firefly/Western/Country atmosphere, with a bit of an eastern touch in some of the songs. Honestly, this is the first game where I’m actually considering getting the soundtrack. The sound effects are not that notable, but with the amazing soundtrack, they don’t need to be.

The story is the unique thing that Bastion brings to the table. Every minute of gameplay is narrated by an old man with a great voice. I’m not talking just about cut scenes here. Every notable thing you do is described by the narrator. This improves on the atmosphere even more than the music. It makes you connect to the protagonist and really think hard about his your actions, while also keeping you interested in how it will all fold out. There’s also an ending changing choice you make right before the end of the game which adds to the replay value a bit, unless you are like me and go to YouTube to see the alternative ending.

The gameplay is not perfect, but I find it pretty close. The only real critique I could find is that maybe the controls could be a bit better. You see, the camera perspective is isometric and most of the movement is diagonal. This would be fine if the game assigned diagonal directions to the keyboard, but up remains up, causing you to awkwardly hold up and left to move north, for instance. It’s not that bad, and it personally didn’t cause me any trouble, but I see people complaining and this is a valid reason. Still, If I’m not mistaken, a patch was released which addresses this, but I haven’t tried it because I completed the game well before that.

The game is basically an RPG, but a pretty simple one. More levels simply equate to more health and more spirit slots. Spirits are various alcoholic beverages which give you special bonuses if you equip them. Other than that, you have two weapon slots and a special attack slot. There are several weapons in the game and each plays differently. Each can also be upgraded five times, choosing between two different upgrades every time. Once you buy an upgrade level, though, you get to choose between the two options as many times as you want. The special attacks are very varied, but they don’t get upgraded or anything of the sort.

Well, that’s it. Once again, this is a great game that I recommend anyone to buy. If your computer isn’t top notch, you have one more reason to do it, since it’s not that demanding, being 2D. Highly, highly recommended!