I’ve recently completed Faerie Solitaire and wrote the sort of review I usually write when I’m done with the game. To put it bluntly, I was harsh. Now that I got back to reading it, I was way too harsh. This is why I would like to give it another shot.

The only real flaw I see with Faerie Solitaire is that it’s not at all deep. To call this a flaw is completely subjective, though. The story, for me, was basic and sort of predictable, but for what the game is supposed to be, it’s up to snuff. As for the gameplay, I find it a bit too random, but still fun enough that I invested 10 hours into it and got to the end. Yeah, I believe it would be way more fun if the pets did something, but that doesn’t mean the pets are a bad mechanic and should go away, that’s just me thinking about how I would enjoy it more.

As far as the good parts go, everything else I can only praise. The graphics of Faerie Solitaire are beautifully and professionally drawn, the sounds are enjoyable and as a time waster, it’s great choice. The pets are also nicely drawn and described, and the extra bonuses you can buy are an interesting mechanic that makes you play for a while longer.

Also, and I have to mention this, the developers, called Subsoap, are an awesome bunch of people. I got this game for free on Steamgifts, when they gave away 25 thousand copies! They also gave away a whole bunch on reddit, and more importantly, Brian, one of the guys from Subsoap actually replied to my last Faerie Solitaire article, which really shows how much they care about their work and how it’s received. This makes me care to, because, as few readers as I might have, I don’t want them to get the idea I think this game is crap.

I don’t think Faerie Solitaire is crap, far from it. Too many other games deserve that description. It’s a good game. It’s just not the type of game I usually play, that’s all. If you like solitaire and wan’t a fun casual game, go for it. I need depth in my games and Faerie Solitaire doesn’t have it. It’s not supposed to have it, that’s not what it’s about. 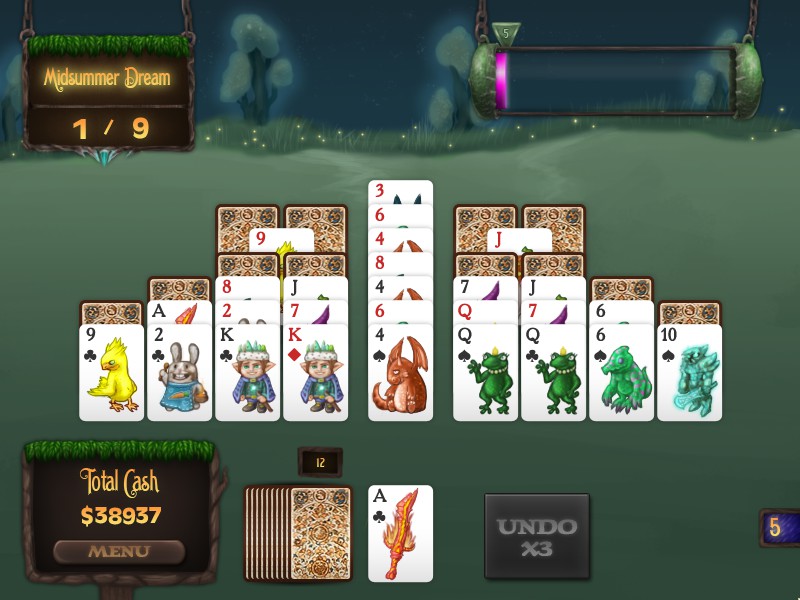 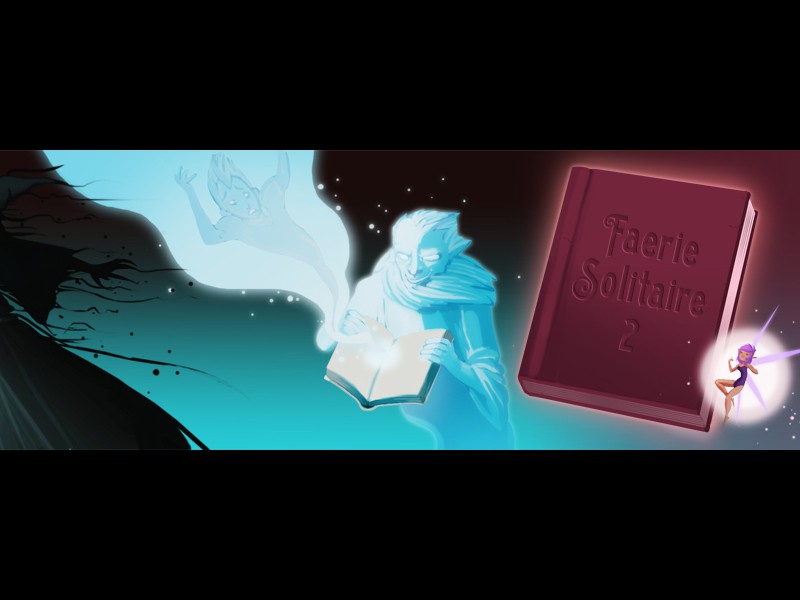 Faerie Solitaire is not a very fun game, but for some reason, I feel compelled to complete it. I’ve already put close to ten hours into it and I’m slowly reaching the end. Today, I managed to complete stage 7, meaning there’s only one last stage left. 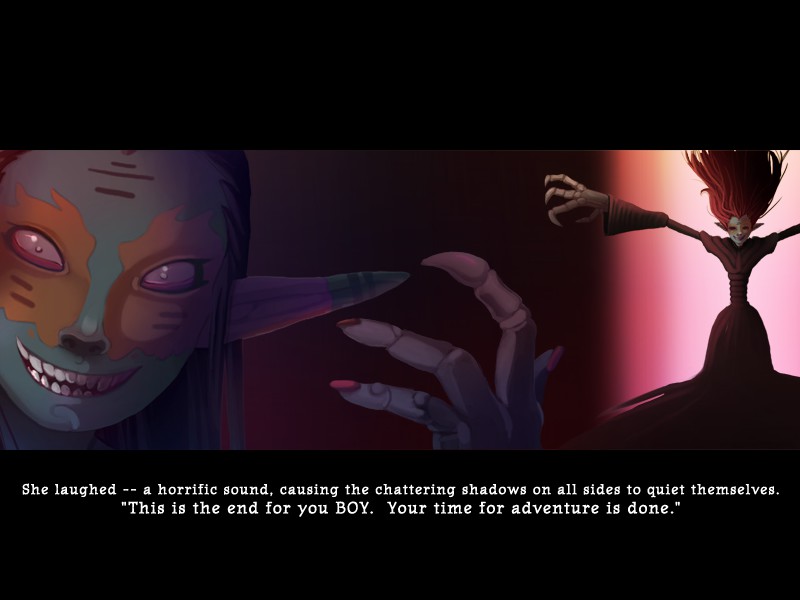 The game has good narration, but the story isn’t very compelling.

As for the achievements, I got a bunch of them, but some of the ones I haven’t unlocked yet seem to be even more grindy. One of them actually requires me to get all the pets and evolve them. The pet’s drop at random, so it takes nothing but time to get them, and they evolve after a set amount of time spent playing the game, meaning even more of a time requirement.

Basically, I don’t think I’ll be completing those. Still, I could try the challenges, at least, and skip the time hogs.

Yes, I did it. I “won” Faerie Solitaire on SteamGifts.com a while ago, but never got around to even installing it. I say “won” because it was a special 25.000 copy giveaway, meaning anyone who entered got it.

What’s there to say? Fairy Solitaire is a game, a solitaire game. Well, it’s not really a solitaire game. It’s a card game that kind of works like solitaire, except you don’t organize your cards in stack by color. Instead, you just chain combos of cards in a sequence. The longer the sequence you manage to create, the more points you get. There’s also a story through all this. You use these combos to free captured fairies, because you are their chosen champion, a protector of magical creatures. You also earn money through combos, which lets you buy upgrades. Finally, you can find magical pets throughout your journey. You can then train them and evolve them, but they don’t really do anything, other than being there, in your collection. 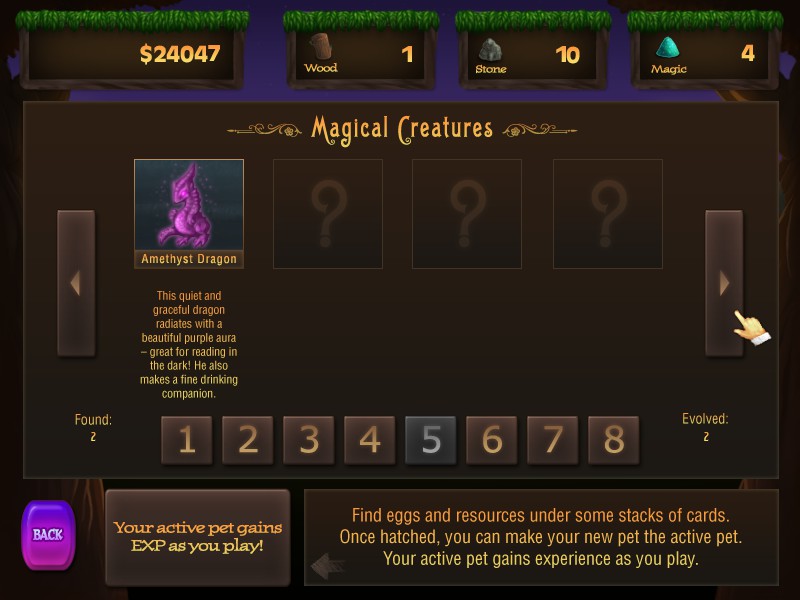 The pets you can collect and evolve are just that – collectibles. They serve no other function.

I’m not gonna go to 100% though. No way am I doing that.Faerie Solitaire consists of several stages, each stage of a couple of levels, and each level of a bunch of “hands”. Each of these hands is basically a single, simple solitaire game. In my short time of playing it, I managed to complete the first stage, get to the second level of the second stage, find and evolve two pets and waste far more time than expected. I’m thinking I’ll probably complete this game, since it isn’t to annoying and seems to be a good time waster.