Over the last few days, I forgot to mention I also started playing Osmos.

There’s no need to mention it, really. I didn’t like it, and this is one of the first games I’m abandoning outright. If I could remove it from my Steam library, I would.

I gave it a shot, I really did, clearing well over half of it. Eventually, though, I realized what I’m doing isn’t fun. I was just playing the game out of some obligation, some idea that, since I own it, I have to at least clear it once. What would be the point, though? First of all, I got it as part of a bundle, meaning I didn’t really pay for it, I paid for other games in the bundle. Secondly, even if I did make a mistake of buying it, throwing money away and suffering through it is worse than just throwing money away. 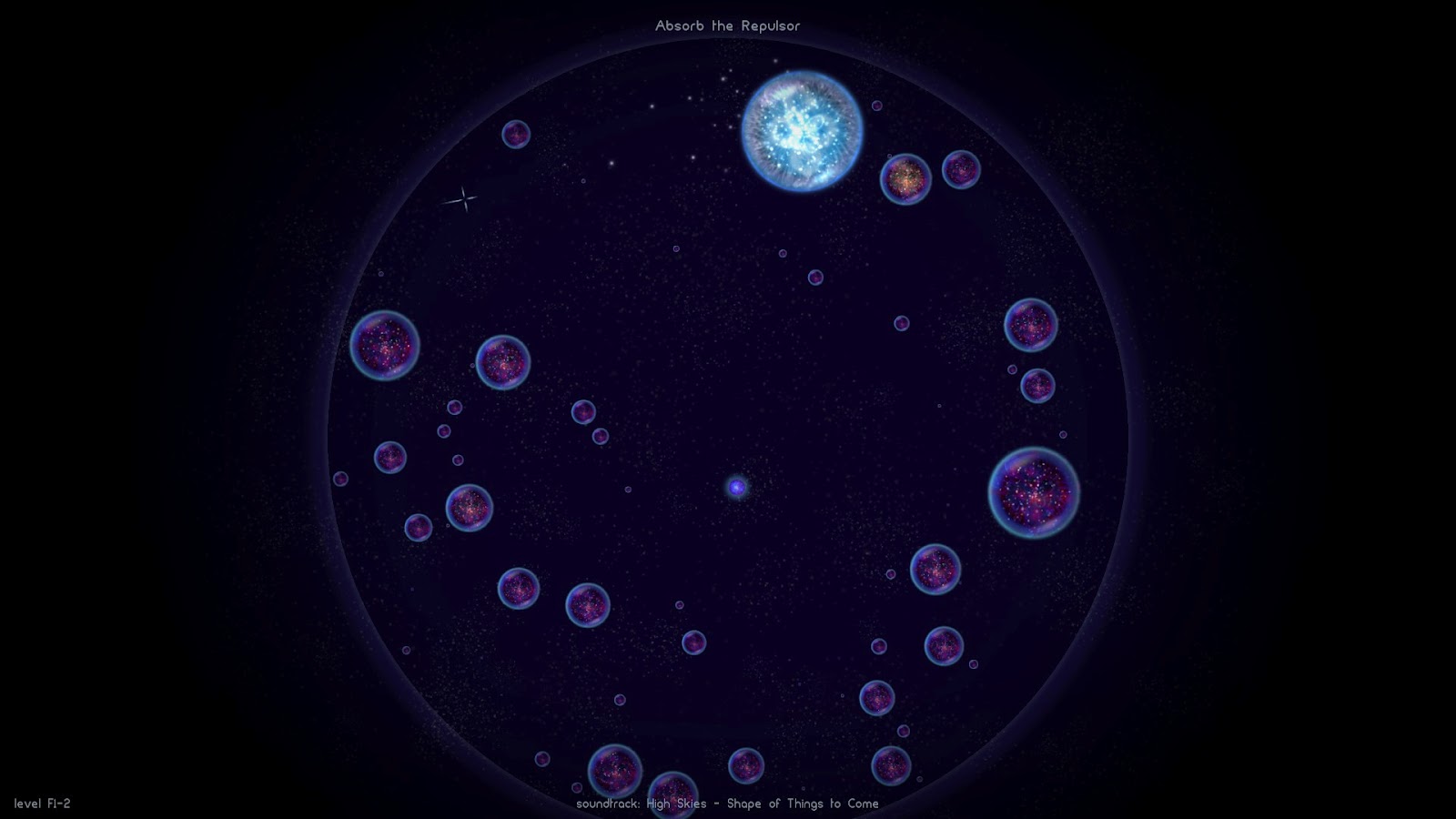 Osmos is pretty, but that’s all it is.

It’s a pretty.. experiment, but there’s nothing compelling about it, really. You float around, avoiding getting eaten by larger bodies, eating the smaller ones and growing. It’s a basic “food chain” concept, and nothing more than that. The levels get harder, making you restart them over and over again, until you manage to stumble into a good enough path to eventually end up on top of the chain.

It’s pretty, and frustrating, and annoying. I’m putting it under the “crap I won’t play” category. It just isn’t worth the hassle. I gave it a shot, and I’m not giving it any more
.