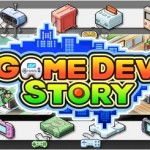 I’ve been playing a lot of Game Dev Story over the past few days and actually managed to get to the end of my second game. Suffice to say, I’ve beaten my first attempt by a long shot. I also wrote down a lot of things, gathering a lot of data about the game.Continue reading 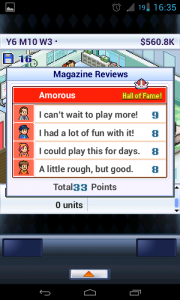 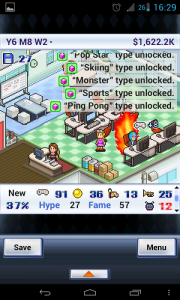 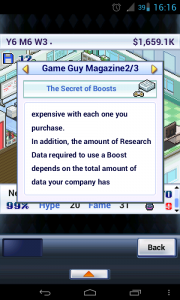 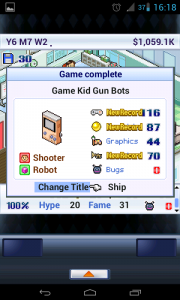 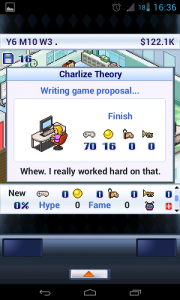 I decided to start a new game of Game Dev Story, just to see which parts transfer over. For that, I needed to found a new company – Muffin Co. It’s time for cold, hard business.Continue reading

During the last week, I’ve used all of my time waiting in lines, or for someone, or for a train, to play Game Dev Story. I actually managed to get to the end of it, and what an end it was!Continue reading

I’ve been looking at Game Dev Story for a while now, but it was the whole Game Dev Tycoon happening that finally pushed me into getting it for my phone. It’s a pretty cool game, so I’ll play it before Game Dev Tycoon to decided if Tycoon is a rip off as many people say.Continue reading