I have to say, there’s one thing I don’t like about Esthar. In order to actually enter the city from the world map, you are forced to navigate a lengthy network of “roads”, before you are finally near enough. This means it’s always a long and, thanks to Enc-None, uneventful time to get inside the city.

Anyway, I entered the city and went straight for Odine’s lab. There, I was told that the Galbadians recovered something called the “Lunatic Pandora”. It was a huge structure/artifact the Esthar dug out years ago. They found out it was extremely dangerous, so they sunk it to the bottom of the ocean. 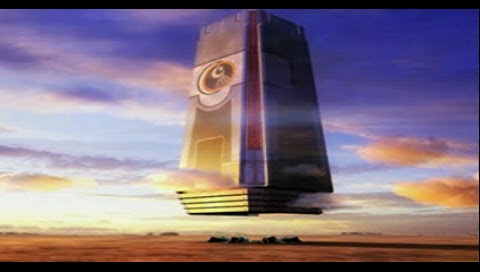 Now the Galbadians have it and are heading for Tear’s Point, for some reason. Since they are passing over the city, I had three chances to stop them. I’m guessing this is another situation that affects the SeeD rank. I was given a total time limit of 20 minutes. At specific moments during this countdown, the Pandora would pass over certain areas of the city.

The problem was, I wasn’t very familiar with the city, since I didn’t explore it previously and I can’t remember much about it since my last play through years ago. Still, thanks to the highly praised Enc-None, I could freely explore the town and managed to get the first location just in time. My SeeD rank wasn’t increased, but I’m guessing it also won’t be decreased for the next while. 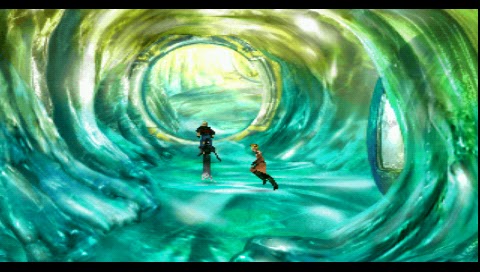 I guess one of those Laguna flashbacks took place here.

I wasn’t inside the Pandora for long, though. I got through a bunch of passages, encountered a strange robot-like thing and was then thrown out. That was it for Zell and the team, at least for now. Next up, Spaaaaace!