I find using the same title constantly a bit lame, so I decided to try and mix it up a bit. Let me know what you prefer.

So, last time I wrote, I just returned from the bandit hideout victorious and was about to return to the castle. I didn’t clear the entire hideout, because I was alone. I’ll probably return later, once I finish my report, with my entire party. The duke was very pleased with the results. As for my other missions, I gave the drake egg to the castle caretaker and got a Titansteel Girdle for it. I also brought the news of the incantor’s return to the castle mage and she gave me a nice breastplate with a big strength bonus. I think my blademaster will be using it. As for the rogue Hand, sadly, I had to report I did not find him. 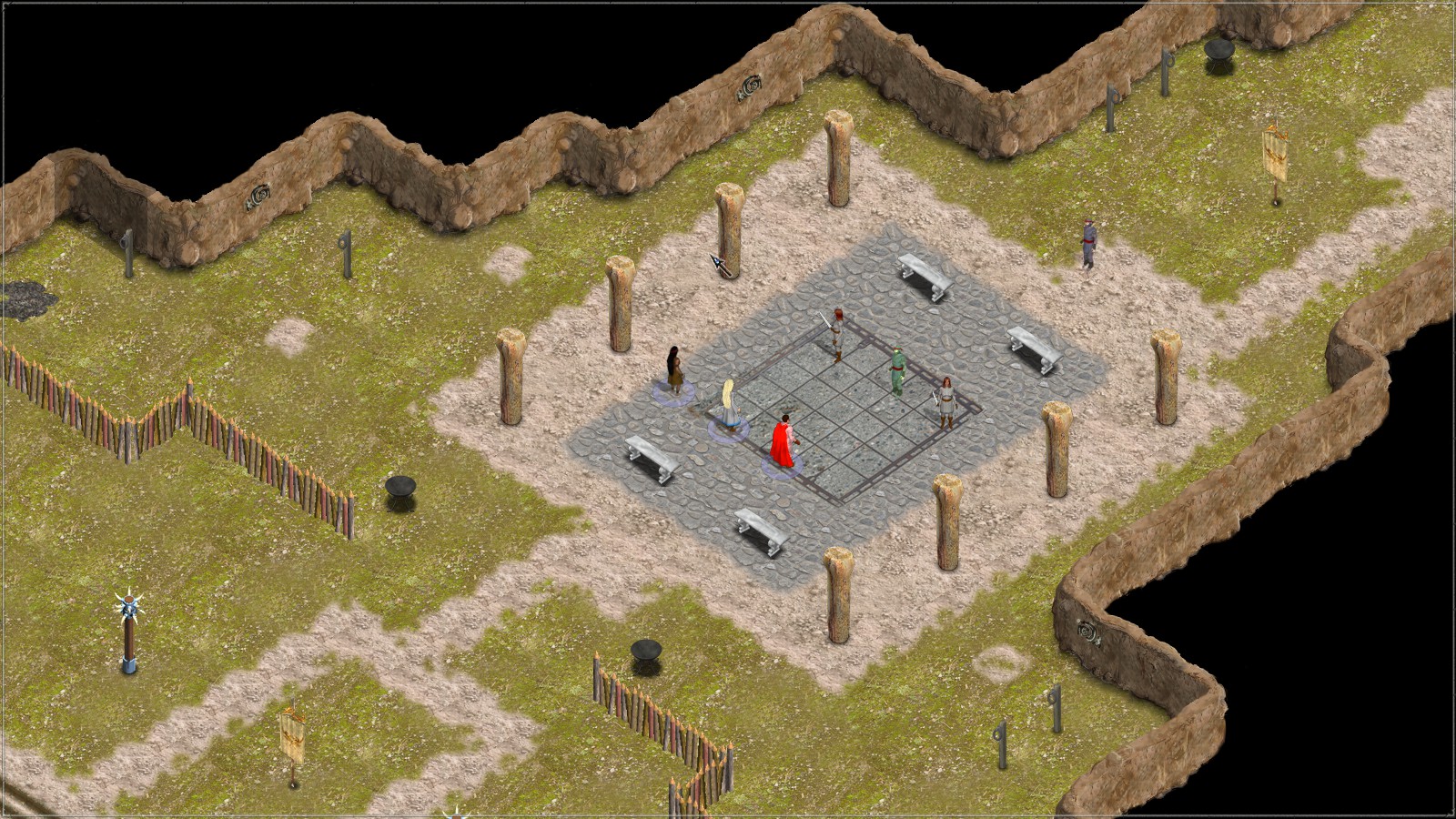 When the area has a geometrical shape, it usually means something’s up.

I returned to Avadon to report in and, as expected, Shima Treespear was on his way through the portal. He has stuff to deal with and he wouldn’t take no for an answer. I guess I’ll have to go after him next. I offered to come with him immediately, but he wouldn’t accept it. He did say he would leave some papers in his quarters, though.

I spoke to Redbeard, and he was pleased, but he immediately sent me to speak to Miranda for my next mission. Whatever it is, I will go after Shima first. Miranda said I need to return to Oghrym’Tor and deal with the leader, Carsta’Arl. It seems they have found evidence that he was the one supplying the, now not so rogue wizard. As I said, Shima is on the top of my priority list, so I gathered my party and returned to Beraza Woods.

I went to the location Shima mentioned in his papers and, as promised, It was infested by ogre’s. I destroyed one of their camps and killed their chieftain, but got nothing really of note, other than a nice staff for my shaman. Once that was done, I continued north and soon found Harua Honored Forge waiting for me in the middle of a ravine. He was not alone. Two of his men brought Shima, hands bound behind his back, towards me. He tried to murder Harua in his sleep. Even though he had every right, he didn’t punish Shima by killing him, claiming he, unlike others, is able to rise above clan disputes.

They warned us not to follow and then left Shima with me. He was conflicted. The Honored Forge are well respected by Redbeard and loyal servants to Avadon, but they have killed his family. He cannot let that go unpunished. I decided to help him. He joined my group and we moved on.

The direct route was trapped so we went to find another way in. There were several passages leading in the general direction, but only one of them wasn’t a dead end. Eventually, we reached a well supplied Holklandan camp. This is extremely odd, since there would be no need to have such a camp in this location, unless it is for military purposes. The Holklandans might not be as devoted to the peace treaty as I thought. After a lengthy battle, we finally reached Harua. He had something to say, so I decided to give him a chance to speak.

He admitted that his clan destroyed Shima’s, but he also said that they did not act alone. Avadon was fully supporting this action and even sent several Hand’s and Eyes to help. He offered me a reward if I let him escape because “it is better for the Pact”, but I think I’m done with this pact. He didn’t give us much of a fight. Shima’s vendetta was over.

I returned to Avadon and then took the portal to Khemeria. My mission awaits.