I played some more last night and will be off to play right now, so here’s just a quick update.

First of all, the alliance of nations is actually called “The Midlands Pact” or just “The Pact” for short. What I forgot to mention yesterday was that you also get companions in the game, four total, of which you can take two with you on missions at a time. On the first mission, I could only take one of two, but I’ve already met the other two in the fortress, though I have yet to recruit them. 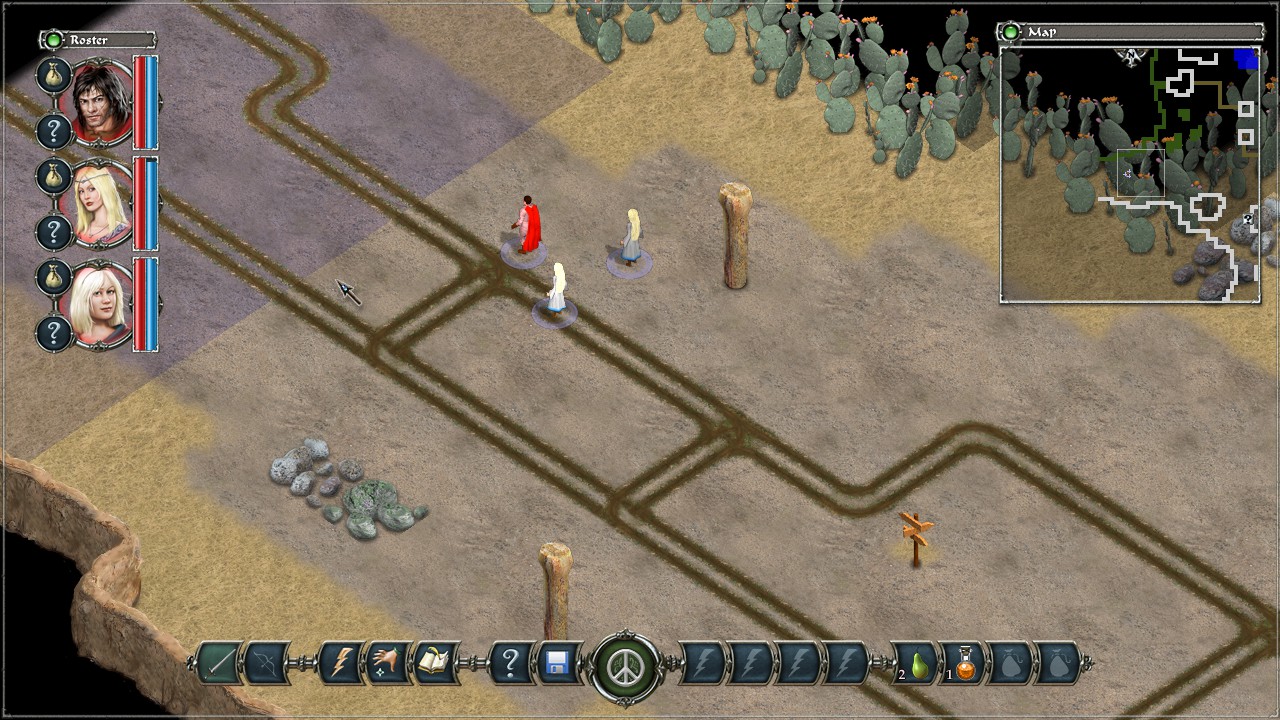 My second mission took me to the land of Kva, which is one of the nations in the pack. I was to go to the town of Goldcrag, where I had to do a task for Zhethron, one of the dragons that still live in the world. I went there, explored the town and gathered plenty of information. Then I went to explore the general area and solve a few side quests on the way. Everything optional is explored and cleared now, so I will be going to meet the dragon next. Actually, there is one other optional quest I haven’t solved, but based on the description; it’s in an area I’m not supposed to visit yet, so I will deal with that later. My party is about level 4 now. I decided to build my main character as an offensive mage, and leave the healing and support to my companion sorceress, Nathalie. Note that the names might be slightly wrong, since I suck at remembering them.