As you might know, I’ve completed Avernum a while ago. Since then, I haven’t written much about it, but I did play it for a little while longer. I decided I want to finish up some of the simpler, quicker achievements and simply wrap up some loose ends.

One of the achievements requires finding at least 40 of the various hidden caches scattered around the underworld. It took me a while, but I managed to find the 40 I needed. I’m not sure if there’s more than 40 in total, but the achievement requires no more than that, so the map I created on my search should help others with the game. So here it is, the map with locations to 40 hidden caches across the caves. 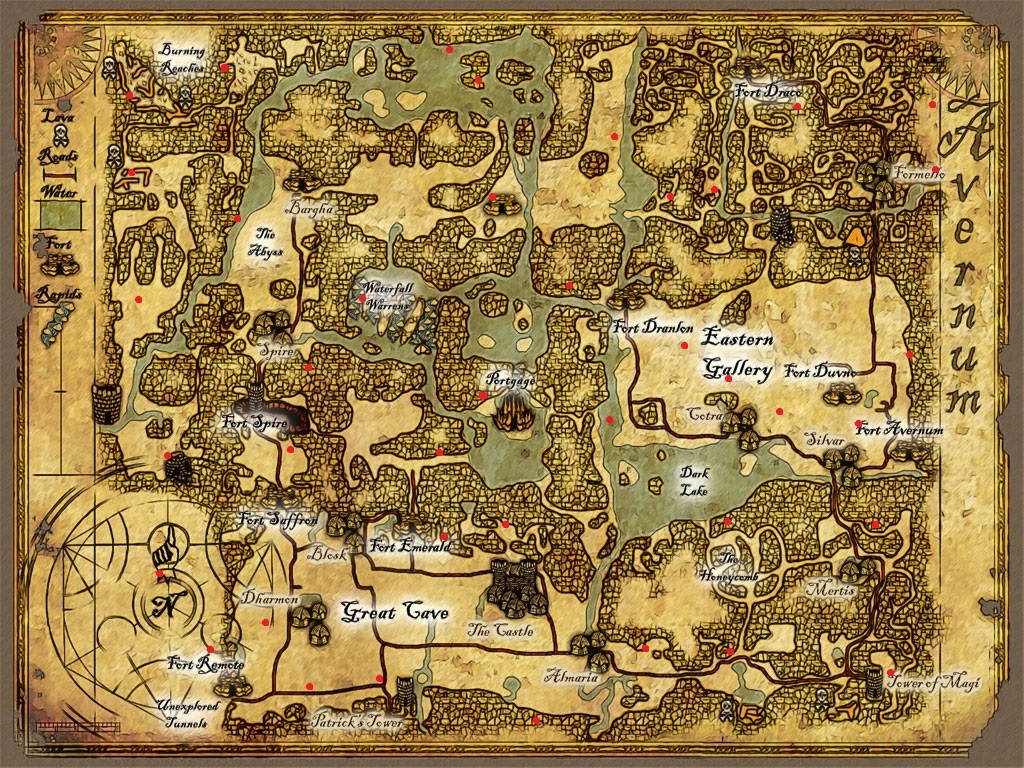 The map of Avernum, with treasure shoveling locations.

Since I have the entirety of the game behind me now, I can also give you some quick tips on character builds, skills, and various other things. The game is not to difficult, so no amount of power play is needed, but for those who prefer to play that way, or even for those who are just slightly interested, the following advice might be helpful.

First of all, don’t worry about class choice if you’re playing on the normal difficulty. As long as you play remotely smart, you’ll do just fine with any class and any reasonable build. It’s only on higher difficulties that this becomes important.

If you  prefer to play on the higher difficulties, or if you just want to feel powerful, here are some tips:

There are three different utility skills in game, which allow you to find more items, learn spells and get past certain points:

There’s plenty of combat skills in the game, but not all are as effective, so be sure to prioritize increasing the better ones first.

As for magic skills, you won’t have as many here, but for those you do, max all of them out.

There are many different traits/feats available, but most are not worth taking. The notable ones are Improved Strength, Ambidextrous, Mighty Blows and Dual Blade Mastery for your fighters. You should probably prioritize taking all of those. For your magic users, get some Sage Lore, but prioritize Improved Intelligence. Your mages especially should get Elemental Focus, which is even better than Spellcraft.

Everyone should take a point in Negotiator as soon as it’s available (at level 8, I believe). This improves your income significantly. A good idea for power gamers would be to delay selling anything until level 8. As for other utility traits, Negotiator can be useful, but not much else. Good, Robust and Perfect Health traits are a must for all your characters.