I had the choice of giving the spellbook from the dragon’s lair to either Avernum, the imperial agent under Formello, or to a sage in Kyass. I picked Avernum and was immediately given another task, to find another spell book in the tomb of Drath. I was already there earlier, so I remembered I needed a key from Mothrax’ lair. He was willing to give it to me, so that part was over quickly. I also visited Erika to ask her for one part of the password for the exit from the caverns. She gave it to me willingly, and also listed a few powerful denizens of Avernum, who might hold the other pieces. Patrick had one piece, and the dragon Athron had another. The last part should be in the possession of the dragon Koth, or a sage to the north, both of whom I haven’t met yet.

With all of this done, I went back to the tomb of Drath. I didn’t remember the location correctly, so I took a wrong turn and ended up near the aranea cave. This turned out well, because I managed to kill the aranea queen, which got me a very nice shield for my archer. I also eradicated a village of giants nearby. Among the rubble, I’ve found a bow belonging to the First Expedition. 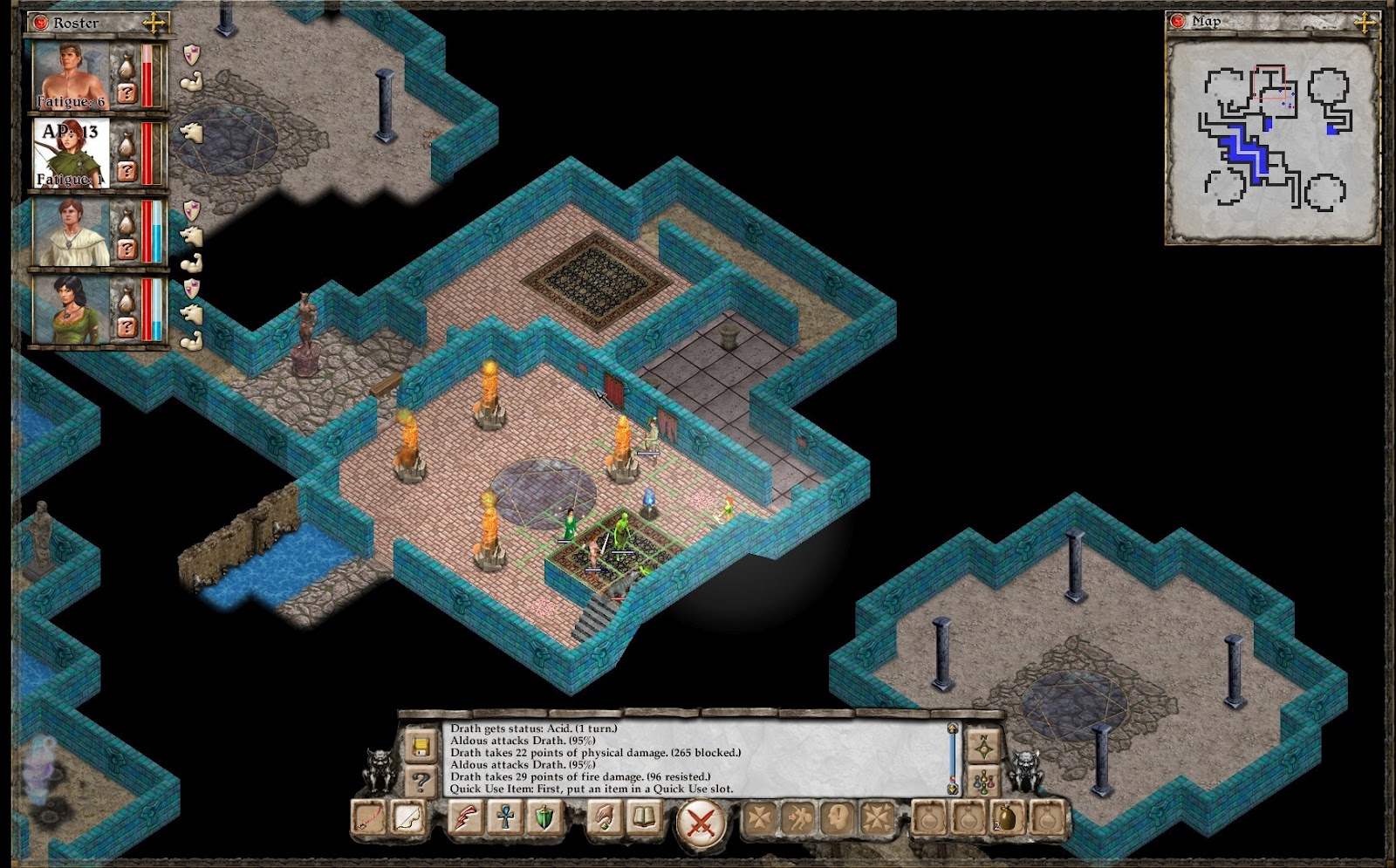 The layout of the room usually warns you of impending doom.

Drath wasn’t difficult to dispose of, but he had plenty of health, so the fight lasted a while. I was even given the opportunity to let him escape, but I don’t have any mercy for the undead, so he died soon after. He left me the Robe of the Magi, which I believe is another item from the First Expedition, and in his coffin, I’ve found the last piece of the Demonslayer. I immediately went to Draco to restore it and now I’m holding the most powerful sword in the game. 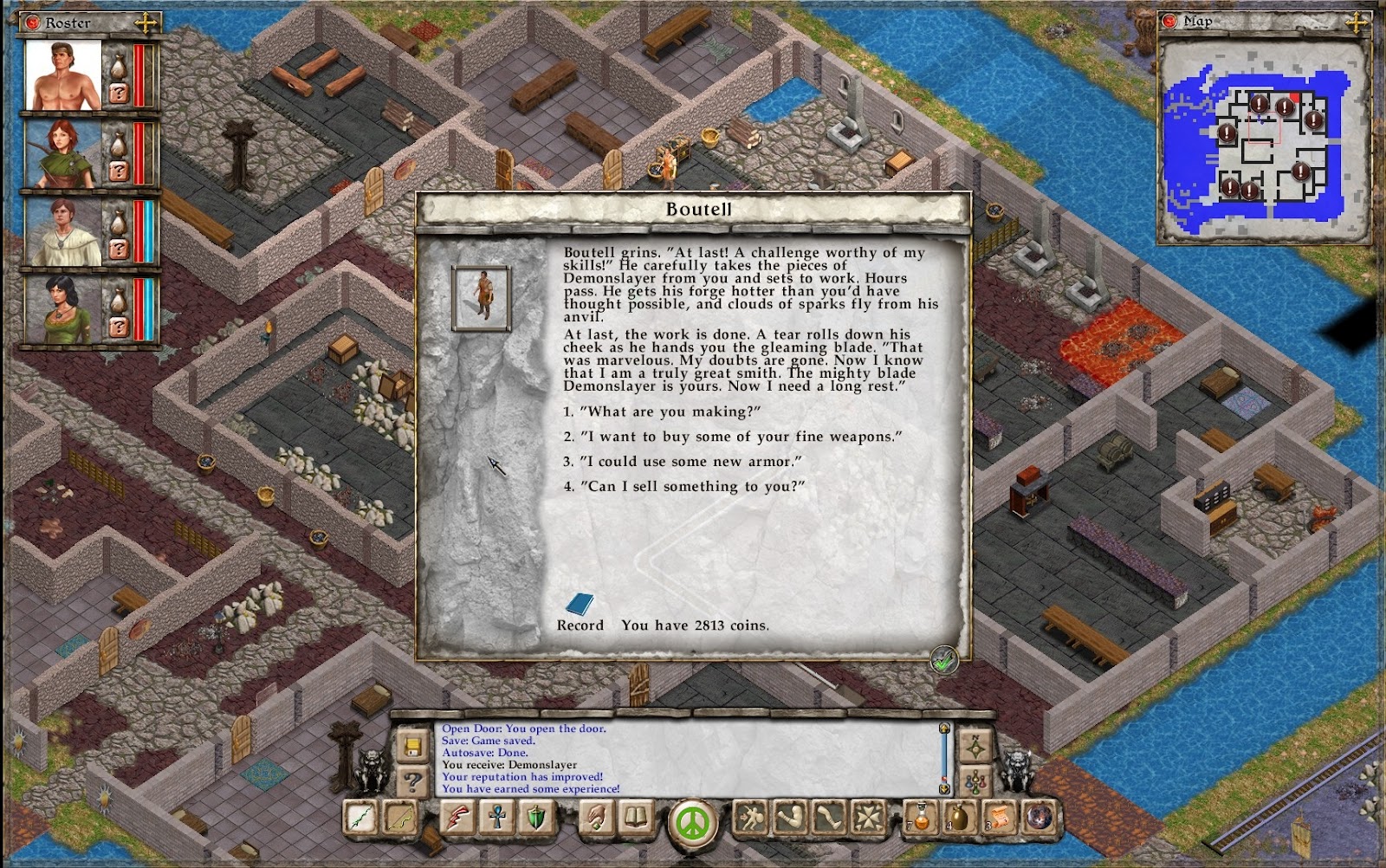 The Demonslayer is one of the legendary artifacts, known even back in the Exile series.

With the sword in hand, I returned to further explore the area near Erika’s tower. There was a ruined fort there built by the Empire. Among the rubble, I’ve found the commanders log, describing how they stole a scroll from a dragon’s lair to the north. They transferred the scroll to a base in the east, but the dragon came and destroyed everything. I assumed they were talking about Koth and the scroll I already recovered from the chasm fort.

Near the ruined fort, I’ve found a mysterious cavern blocked by barriers. A set of runes at the entrance indicated it was a Vahnatai crypt. It seems the Vahnatai aren’t really extinct, as it has been several times now that they have been described as “sleeping”. I’m not sure if I’ll encounter any that are awake, but they seem like an interesting race. 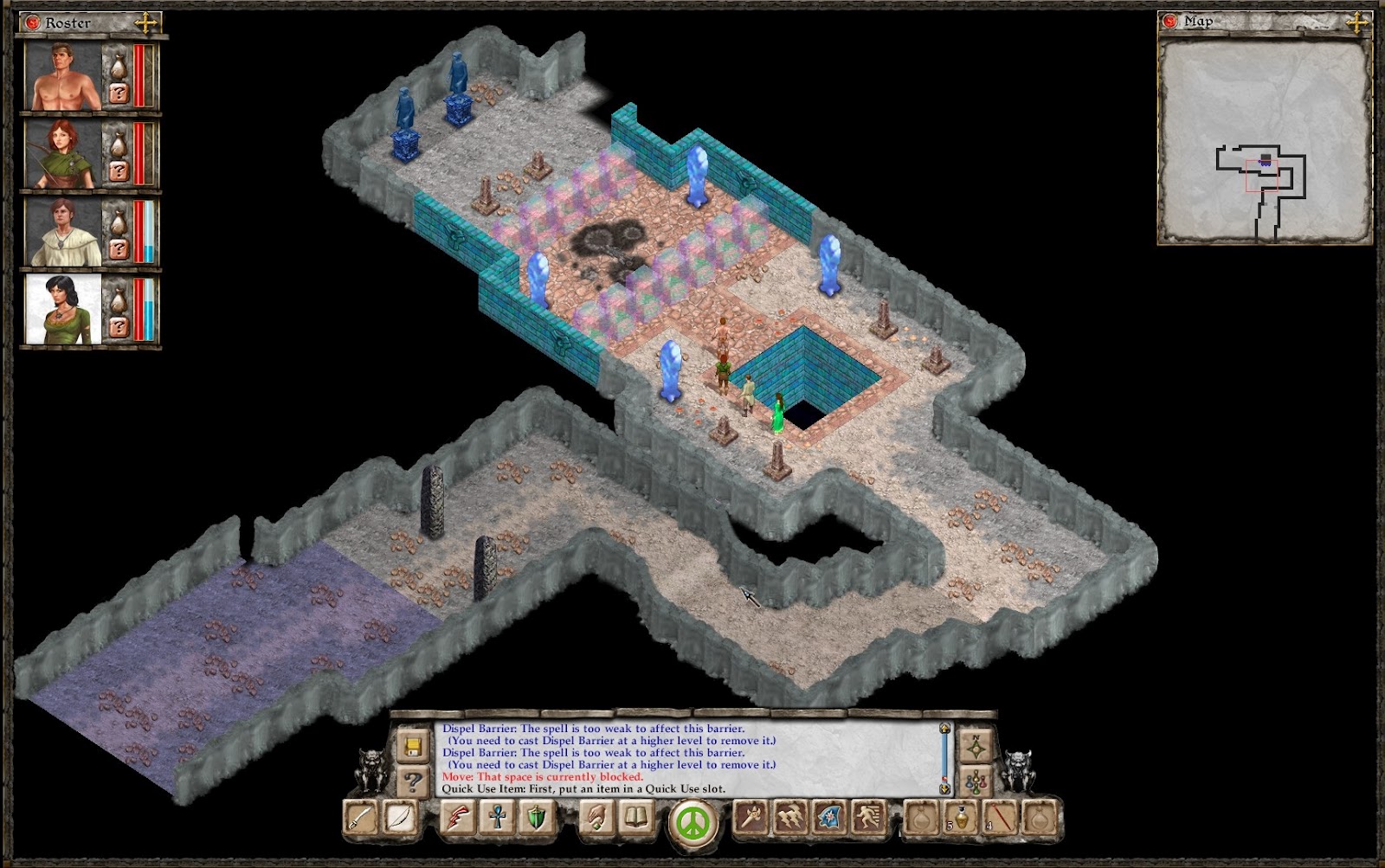 One advantage of remakes is that you can reference things from the future. The Vahnatai were not mentioned in the original Exile, since they were only added in Exile II.

Pretty soon, I’ve found Koth’s lair and returned him the scroll. He didn’t give me anything for it, but I’m hoping it will pay out later. I also asked him about the final piece of the password, but he said he didn’t know. I guess the sage on the northern islands has it. I’ve also found a tome which taught me the third level of the Dispel Barrier spell, so it was time for some backtracking, as I’ve encountered unbreakable barriers several times already.