Honestly, I thought chapter III was a bit dull. The story didn’t really advance anywhere and most of my time was spent doing fetch quests and wandering through the swamp and sewers, killing Salamandra.

During the chapter, Alvin somehow wound up at the hospital and Triss managed to figure out he was some sort of special child, a descendant of some elven sorceress or something. I’m not sure I figured it out exactly, but basically, he had powers and it would be dangerous to leave him alone. Triss wanted to take him in, but Shani was against it and instead wanted me to bring him to her. In the end, I picked Shani, so now Triss doesn’t like me anymore.

At another point in the chapter, I had to choose sides between Siegfried’s order and the Scoia’tel, so I picked the elves, since the Order of the Flaming Rose seemed quite racist to me. This meant I had to add Siegfried to the list of people who don’t like me as well. 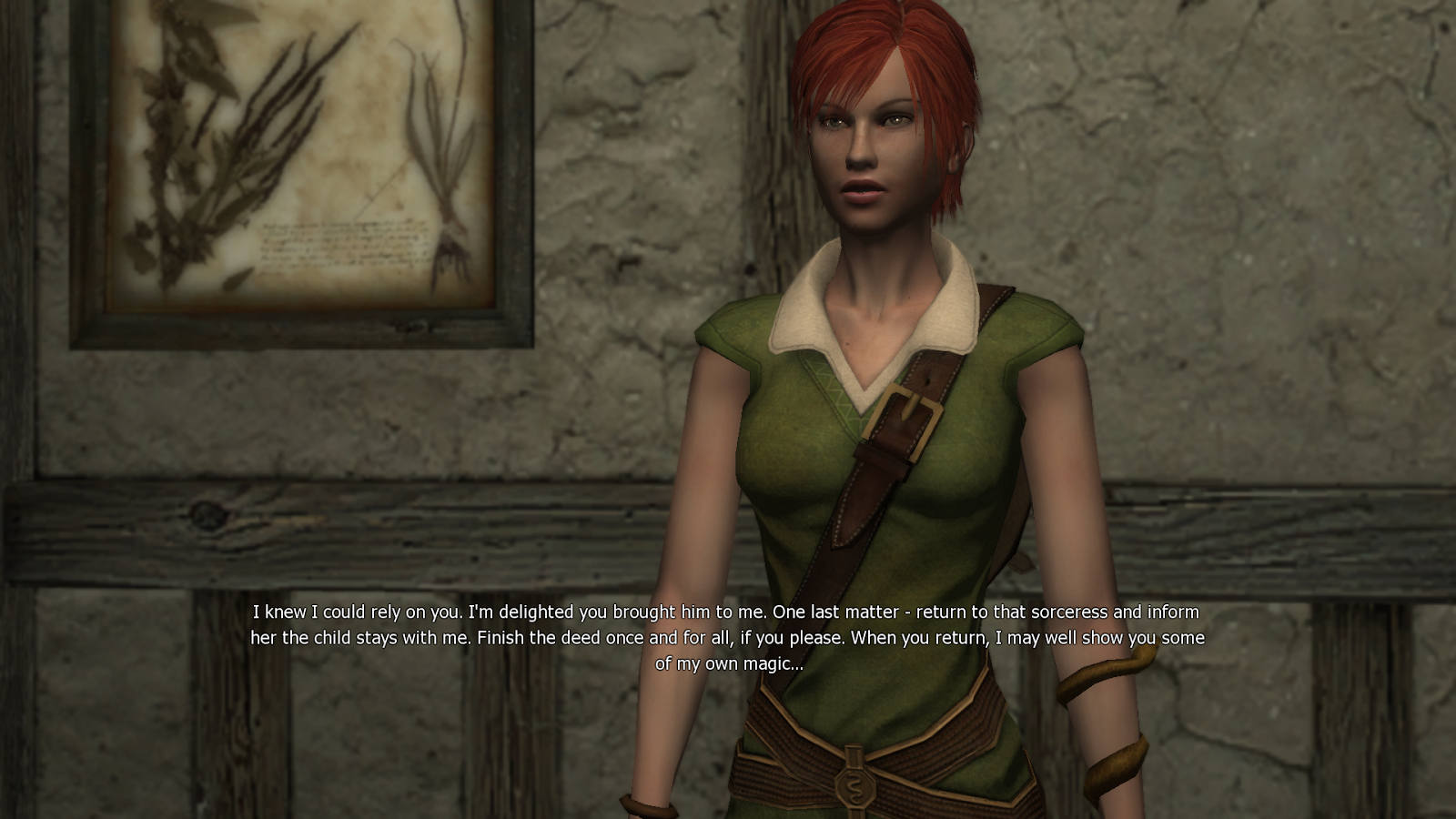 The choices in the Witcher are extremely gray.

Eventually, the story jumped forward a bit and it was revealed that Adda, the princess, is plotting to overthrow her father and the Salamandra are in on it. Geralt got surrounded and was about to get killed, but then Triss teleported him to safety. This started the fourth chapter.Nearing the end of the chapter, I found out Vincent, the guard captain, was a werewolf. I had the chance to kill him, but he seemed like a good guy so I decided not to. This advanced my “Identity” quest in what I think is a good direction, but it also meant I won’t be able to make the potion that teaches me the “Predator” skill. 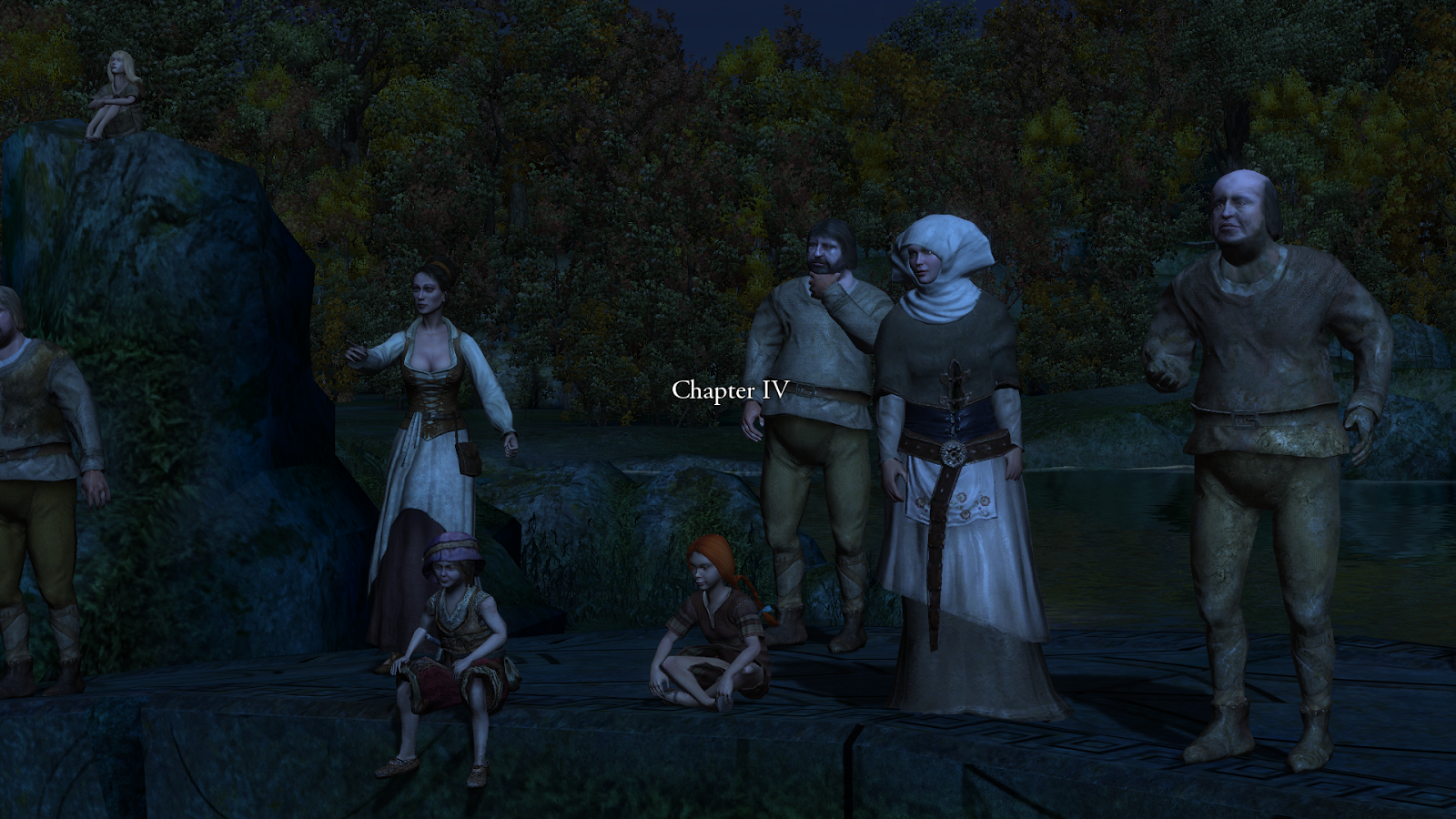 Finally a fresh area to explore.

I explored the new area for a bit, and I have to say, I think I’ll like it way more than Vizima. Vizima is mostly a huge city, and generally, I really dislike huge city areas in RPG hubs. All I want is a small village that’s easy to navigate and a large area around it, full of secrets to find and monsters to kill. For now, the Lakeside, where Triss teleported me, seems like just such a place.

The place also seems to be heavily inspired by Arthurian legends, with an actual Lady of the Lake and her (now lost) order of knights, who all went to search for the Holy Grail. I didn’t explore the whole area, but I got to the local village, gambled a bit and defeated the local fist fighter. I’m not sure if this is my imagination, but it looks like Geralt is actually getting better at fist fighting as this quest line progresses. I don’t think it’s due to the skills I’ve been learning, since only one of them improves hand to hand combat.

During all of this, I’ve been gaining levels like crazy, so I’m well into the twenties now. I’m not sure what the maximum level is, or how many chapters there are in the game, but I already feel quite powerful. I basically learned all the bronze skills I was interested in and I’m starting to get the last few of the silver skills I want, though most of them aren’t as close the being maxed out. I haven’t gotten any gold skills yet, though. I’m guessing that will start happening when my level of expertise bar fills up again. The last time this happened, I went from 1 silver and 3 bronze talents per level, to 2 of each per level. I’m guessing I’ll go either to 3 silver and 1 bronze, or maybe 1 gold, 2 silver and 1 bronze.