The village had your typical service providers and side quests. Something the Witcher definitely isn’t lacking are RPG tropes. I don’t really mind, though. There’s a reason I especially love this genre.

I found the blacksmith, and was finally able to upgrade my silver sword, since I managed to somehow acquire my third rune. I’m sure the better option would be to wait until I get the exact runes I want, but I’m not playing on the hardest difficulty, so I’ll probably be fine with the upgrade I got. By the way, the voice actor for the blacksmith has a pretty decent voice. I’m not sure if it’s just the voice, or if it’s also talent, but I don’t usually notice this kind of stuff, so that probably does mean something. 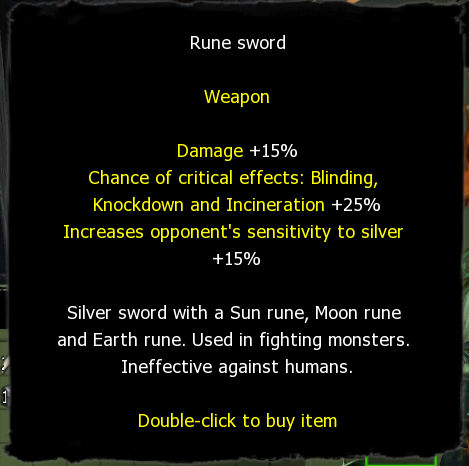 Compared to my regular silver sword, this one was amazing!

I did my regular routine of scouting through the area, getting all the quests I can and picking up everything that wasn’t nailed down. I had to visit the local shops several times, because my bags kept getting full, but I think it was probably worth it in the end.There’s a wedding in the village, so the main quest line sort of revolves around that. Apart from that, there’s a bunch of fetch quests, as usual, and a bunch of recurring characters, such as Alvin, Dandelion and Abigail.

Once all of that was done, I already had some quests completed, but more importantly, I had a goal I could follow. I went back north, to the lakeside and entered a crypt, where I finally met Berenghar (I probably misspelled his name). He wasn’t very friendly, but he did provide some information about what was going on. He also started me on a quest for some legendary witcher armor, so I’ll be looking for that to. 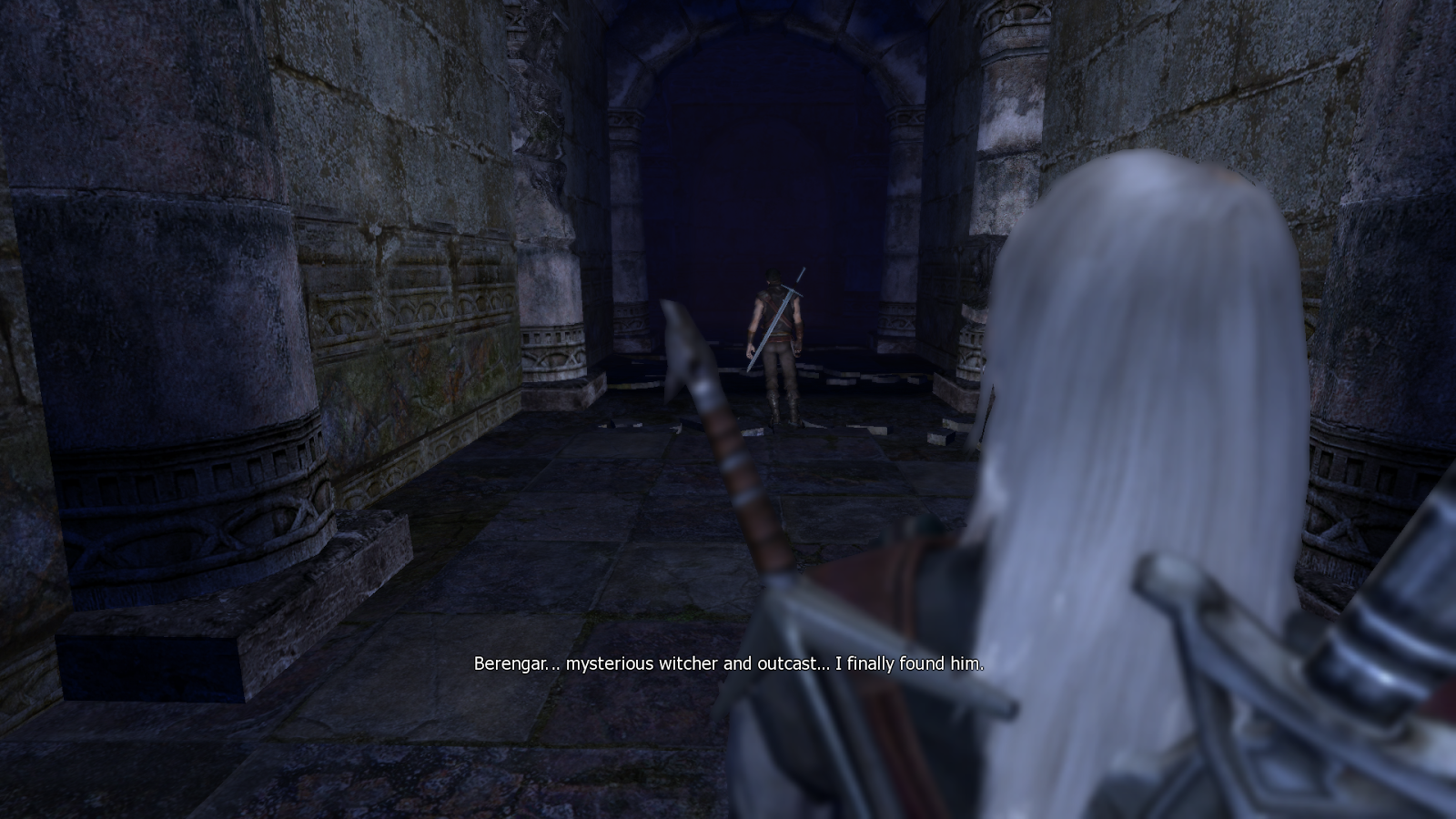 The encounter was underwhelming.

All of this took well over an hour and was worth almost two levels of experience. Along the way, I also got some cash, and managed to brew a nice supply of potions, mostly for healing. Tomorrow, I’ll try to go to the area south of the village. I was already there for a short while, but I haven’t fully explored it yet.Finally, I went all the way back north, to the Fisher King’s hut and to visit the elves again.