I finally went to explore the southern fields today.

It was mostly an empty area, with an abandoned mill I couldn’t get into at the center, an abandoned farm to the east and a hermit’s hut to the south. The hermit was probably the most important person there. He asked me to kill some wraiths at a druidic circle nearby, which were being summoned by the Spirit of the Hunt, which is some entity I already encountered once, at the outskirts of Vizima. There was a lot of wraiths, so I nearly died a couple of times, but thanks to the King and Queen bombs I had, I managed to get away in time and heal. Eventually, I cleared all of them and the hermit awarded me with my very own house. I have no idea what to do with it, but I have it! 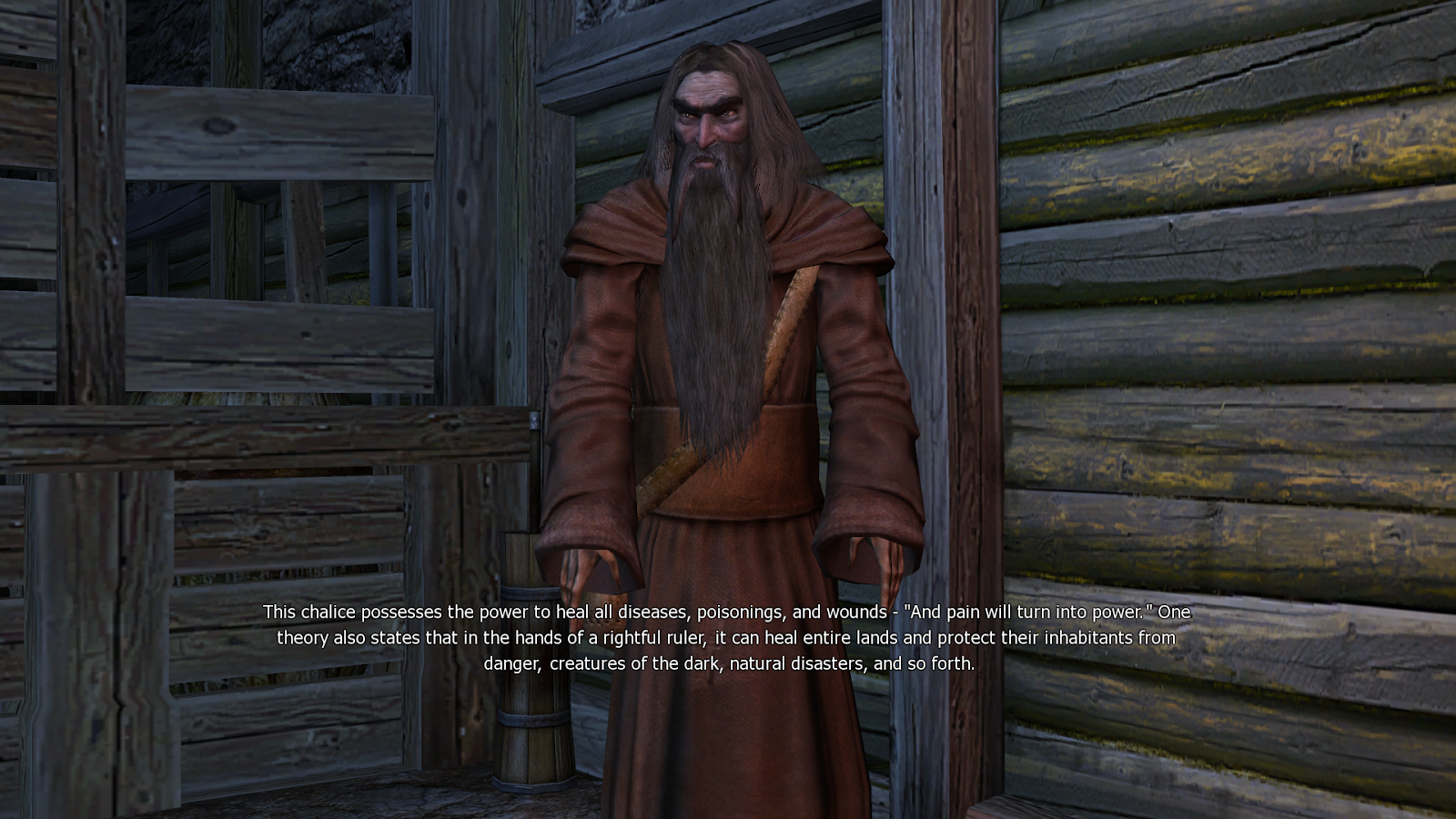 The hermit is my new favorite NPC.

The next day (in game), a whole bunch of stuff happened at once. Somehow, Alina, the girl who was getting married, was killed by jealous sister, who was then killed by Alina’s lover. Both sisters got turned into wraiths because of it. I told the groom what happened and was asked to get rid of the wraiths. Alina was dealt with immediately, but now I have to find some magical mirror to get rid of the other sister.He also told me a bunch of stuff about the Holy Grail. I’m not sure if there’s a quest in there, but for now, it just seems to be lore related. Other than that, I’ve spent a bunch of money to buy books from him and also gained some money by playing dice poker with him. Overall, the hermit was worth close to two levels for me. 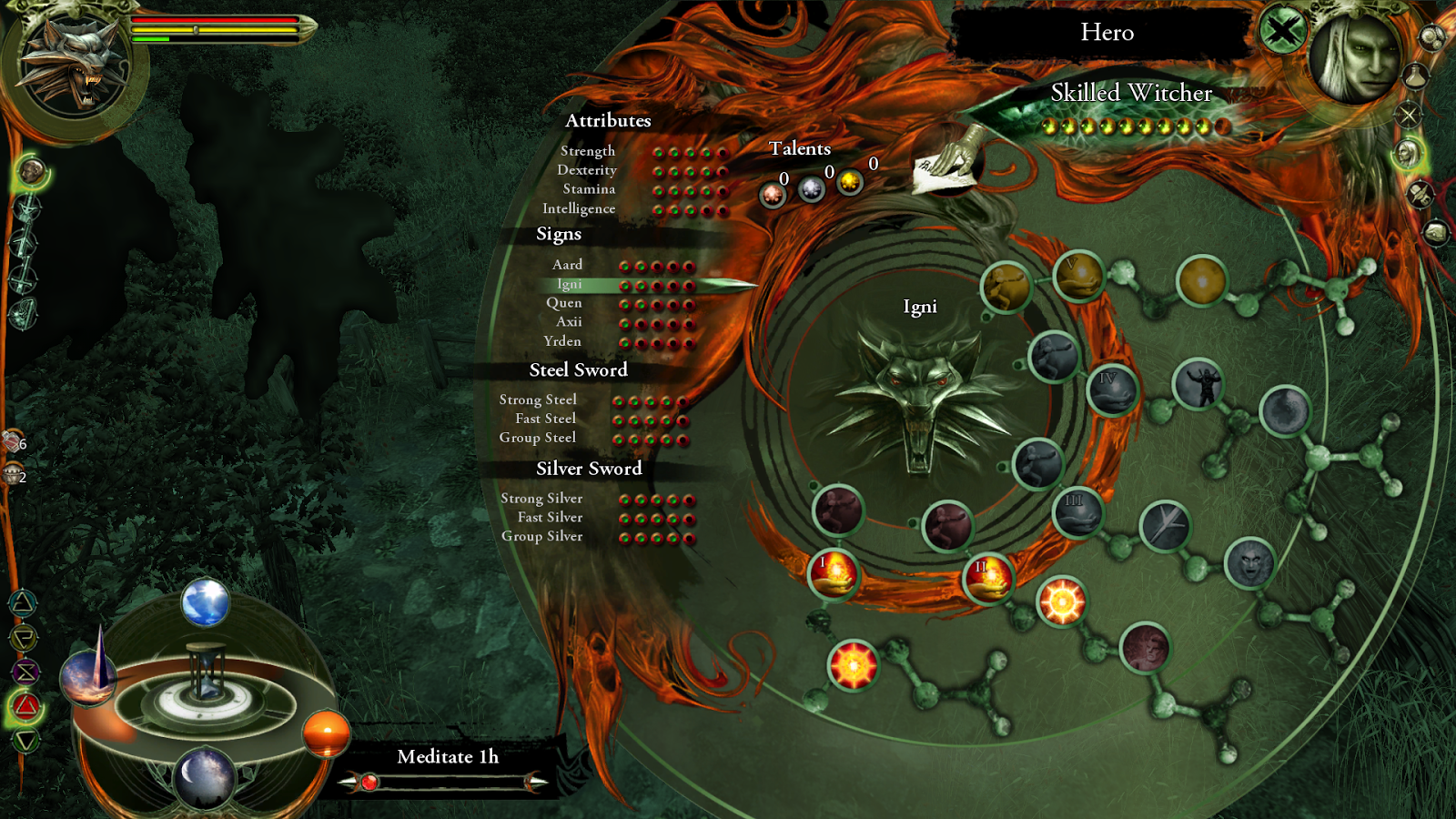 I wonder if it’s possible to play as a mage.

Chapter IV is a bit longer than I thought it would be, but it’s looking like I’m getting close to the end of it, so it still might be shorter than the previous chapter.On the character building part, I got to level 29 and learned all the bronze combat talents I was interested in. I’ve also acquired all the bronze talents for Yrden and Aard and will soon max Igni to. As for the primary attributes, those have been mostly maxed a long time ago. I’m also one level away from my next rank.