I finally got back to the Witcher, after a two-week break. Don’t get me wrong, I wasn’t bored with the game or anything, I just didn’t get the chance to play it. Today, I finally decided to wrap up Chapter IV.

The Heat of the Day and the Witcher

I started out with the quest to free the two wraiths from their curse. In case you don’t remember, a jealous girl killed her sister, after which the sister’s boyfriend killed the girl. The event turned both into wraiths.  I spoke to Abigail who told me to gather the pieces of a broken magical mirror one of the girls, Alina, owned. Apparently, the mirror is the reason she transformed into a wraith upon her death. 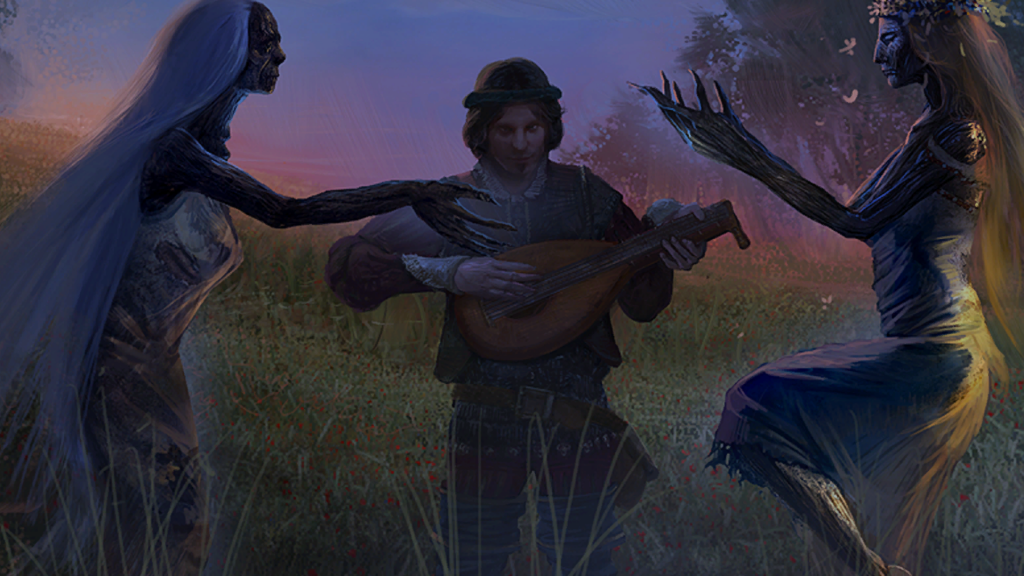 The wraith quest was weird, but I guess I enjoyed it?

In order to get the pieces, I had to do a pretty dull quest which involved visiting five locations in “The Fields” area, killing the noonwraith there and getting the piece. Once I was done, I asked the blacksmith to fix the mirror, which involved a waiting period.

While waiting, I went to deal with the Lady of the Lake and her quest to negotiate peace between the villagers and the fish people. Both sides offered three gifts for the Lady, so I had to pick the right one from each side. Eventually, I figured out it was the alabaster figurine and the gold bracelet. The Lady gave me a Ruby I placed on the Altar of Dagon, which summoned the creature so I could kill it. It was an easy fight, so that quest was now done to.

The mirror was now fixed, so I brought it to Alina, but it didn’t work. I went to ask the hermit for advice, but he just sent me back to Abigail. The witch suggested I tried a poem, so I asked Dandelion to compose one. This finally worked and that quest was also done.

I reported what happened to Julian, who tanked me and sent me to the Fisher King who was apparently asking for me. As I expected, the Fisher King just sent me back to the Lady of the Lake. She finally gave me a reward for everything I did. Geralt was knighted and got an awesome silver sword to play with. 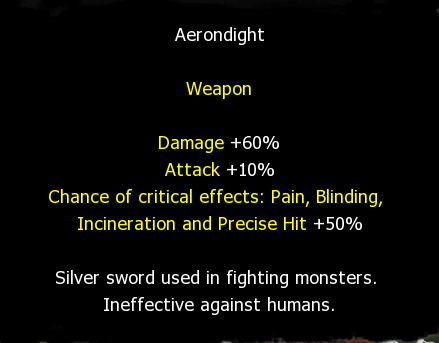 This might be the best silver sword I’ll get in the game.l

On my way back, I was confronted by Berengar, who admited betraying the witchers and basically doing lots and lots of bad stuff. I figured this was the one choice I had that wasn’t morally ambiguous so I decided to kill him. It turned out I was wrong. I found a letter on his body, which indicated he was actually extremely conflicted about what he was doing. I also found about 800 oren and some alchemical recipes, so I didn’t feel too bad about it.

Once I got back to the shore, I  met a military leader of the Order of the Eternal Flame who informed me the order was there to capture the elven refugees. The elves’ backup arrived, though, so they are now cornered in the village, with the villagers, including Alvin as their hostages.

This was finally a situation where I had to pick sides, so I opted for the side that wasn’t overly religious or fanatical – the elves. I get that this is still another ambiguous choice and I get that there’s a downside for picking both sides, but I just really don’t like fanaticism, so the elves felt more suitable. In any case, there was a big battle, during which Alvin teleported to some unknown place. Afterwards, I got back to the Fisher King’s hut and got a ride back to Vizima, with Dandelion as company. 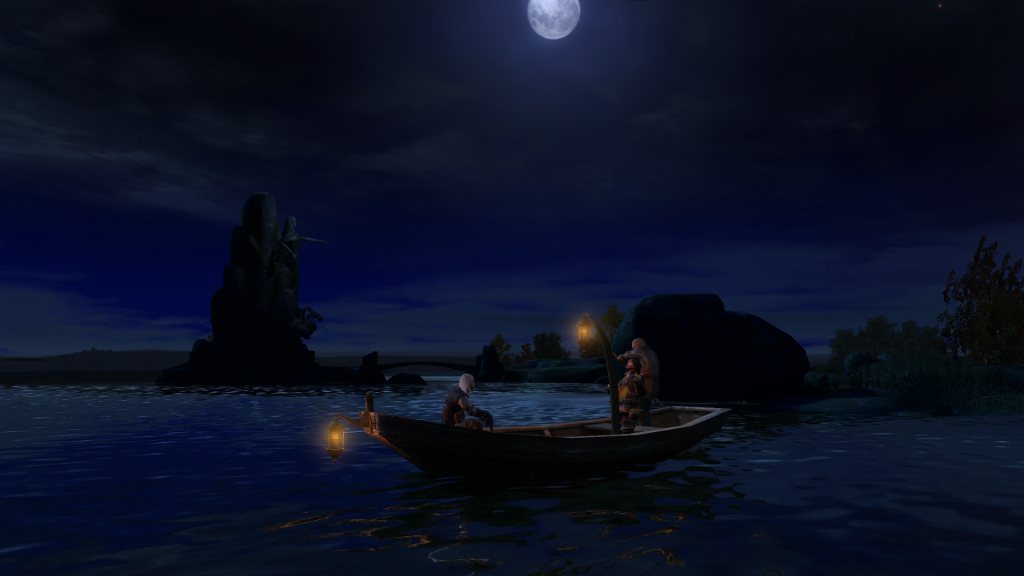 I think I might miss the openness of the village.

During all of this, I got to level 31. As expected, once I got to 30, the amount of talents I received changed. I’m now getting one bronze, two silver and one gold talent point. I decided to prioritize building up my primary attributes, after which I’ll start building up weapon skills. As usual, signs will be the last think I’ll invest in. Sadly, since I’m now entering the last chapter, I don’t think Geralt will get much stronger than he is right now. On the plus side, he’s really, really strong, so I’m not worried about the difficulty.