Soon after I entered the area of the titan stronghold, the Wayfarer approached me again. This time, he wants me to burn the papers I was ordered to recover for Avadon. These are papers that would provide information about who is behind all of the attacks lately, so this is basically the moment I choose between Avadon and someone unknown. I’m not sure what to do yet, but I’ll have to decide soon. I explored the immediate area and then went to meet up with the unit I’m supposed to lead. 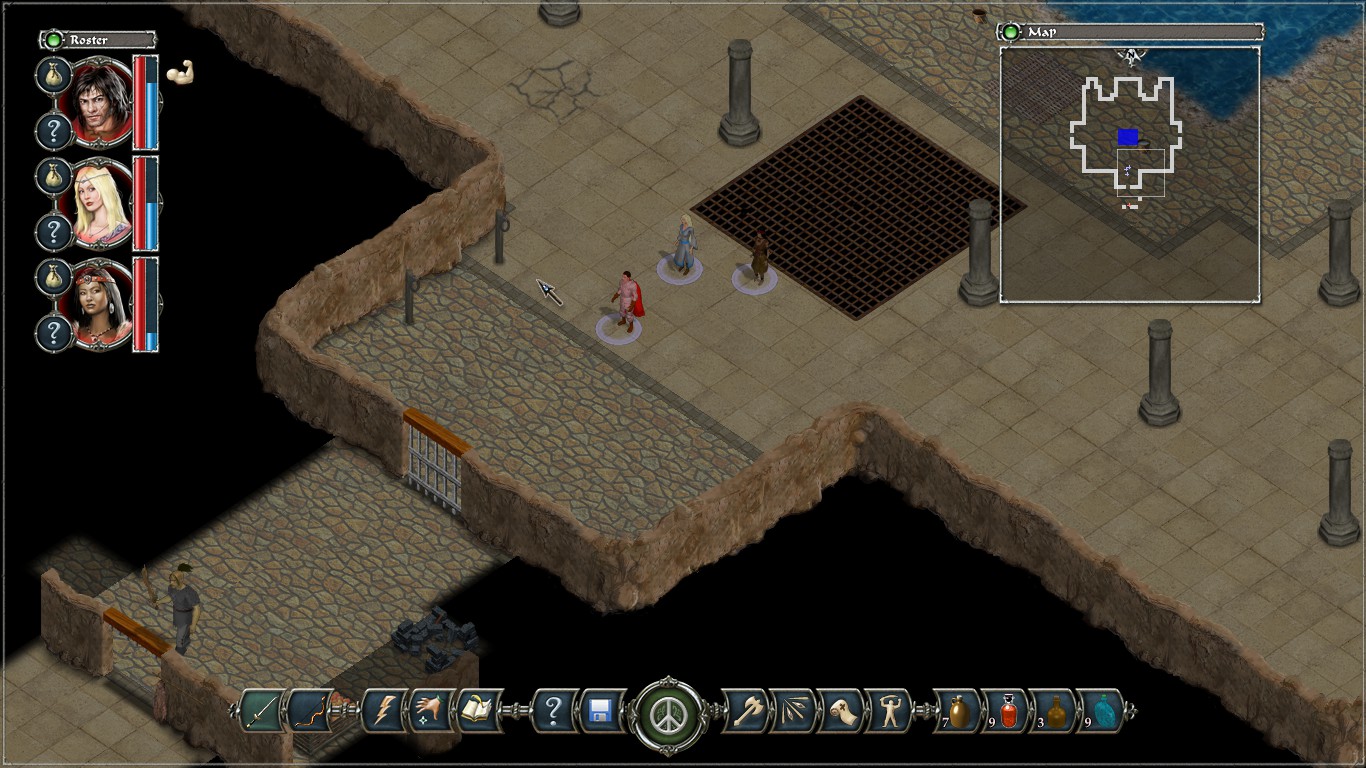 The Titan Stronghold was a huge dungeon.

They were to the south, and they seemed ready, so we started our approach. It wen’t pretty smoothly, with no casualties, and I had plenty of time to explore side passages, killing another arrogant drake in the process. In fact, we even managed to free a few prisoners, who immediately joined the group. It was only at the final battle that one of the warriors died from poisoning. Once the keep was clear, the military unit left and I was ready to investigate the lower levels.

The first thing I saw as I descended was a huge titan holding a twisted iron sword, standing behind a closed gate. It was Chanakk, their chieftain. Again, he was speaking like he’s following someone’s orders, and again he wouldn’t face me immediately. Instead, he sent out another, massive titan against me. He fell without much of a fight. The chieftain was persistent in trying to keep me away, but eventually I caught up with him. I tried to get some information, offered him life in captivity, but I got nowhere. He died after a lengthy fight. The papers I was supposed to bring back or burn were in his private quarters. After some thinking, I burned them. Now we wait and see.

I reported back to the dragon and he was grateful, but his anger didn’t go away. If the Pact fails one more time, his dealings with it will come to an end. All I could do was to return to Avadon. Another message was waiting for me as I got back. This time, it was from Nathalie. She wen’t to Beraza Woods in Holklandia on a personal task. She actually wants to hunt down the drake that escaped us on her own. Of course, I have to go back after her.

I reported to Heart Miranda. She was surprised by the lack of evidence I burned, but it seemed I was in the clear for now. She sent me to talk to Redbeard about my next mission. Lord Gryfyn asked for me personally to return to Holklandia and help further with the peace talks. I guess Holklandia will be my next stop in any case.