I was going to save all my money for the Steam summer sale, but Avernum: Escape from the Pit was on sale yesterday, so I needed to have it. This is another one of Spiderweb’s old school role playing games and I remember it as a truly good one. The original was called Exile and I preferred that name, but the remake is worth the cost of a good name. Well, to be more precise, this is a remake of a remake, but I don’t mind that either.

Basically, Avernum is a place deep underground, full of dangerous creatures and huge caverns where everyone who doesn’t fit in with the Empire gets sent, forever. Back when it was called Exile, it was also a state of being, but I guess we can’t have that anymore. The Empire basically controls the surface world and if they don’t like you, you’re gone. 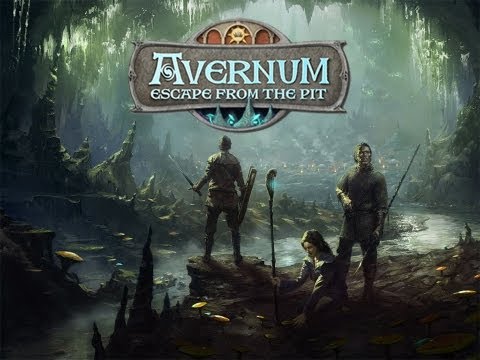 Though the graphics receive an upgrade every time, the games somehow keep their style.

Now this is the first game, and I’m familiar with the story, but I’ll write my diary the same way I did with Avadon, like I don’t know anything. I feel it will work better that way. I created my party and started the game.

The intro is a slideshow with some text, as expected. Basically, I we don’t know why my party is thrown in and we don’t need to know. The important thing is there’s no going back. I started in a room with nothing other than some basic equipment on me. I found a cloak nearby and put it on my berserker.

In the next room, a band of nephilim did some gambling. Nephilim are a bloodthirsty catlike race which once had a huge presence on the surface world, but is all but eliminated now. In Avernum, however, they are thriving and they don’t like humans one bit. As soon as they noticed me, they attacked and I got my first combat experience.

A few rooms after that, on the other side of a narrow river, a guy named Lagran greeted me. It seems he managed to get inside the Arrival Caves (this is what he called it) and locked the door behind him. His intentions are to profit from new arrivals using any methods necessary. Basically, he intends to rob me.

I couldn’t do anything to him over the river, so I moved on, soon meeting a girl named Brissa and some other random people. She’s stuck, just like me, afraid to face Lagran and unable to go anywhere. Since I had issues to resolve with Lagran anyway, I promised her to handle the situation. A few rooms later, after fighting some of Lagran’s lackeys, I found and faced him. He would have fallen fast, but once I wounded him, he managed to escape and even slip past the Avernites on the level above. In any case, I was free to leave the Arrival Caves and enter Fort Avernum.

I was greeted by Andrew, whose job apparently is to greet people and give them some directions. He said I could get some supplies at Tor’s place, so I did and this got me some money and food. I also talked to Thairl who described the political situation. It seems the Avernites are having trouble with nephilim to the north, as well as slitzerikai to the west. The sliths, as they are commonly called, are lizard people. There’s a rumour that some of them are friendly, but for the most part, they are just as dangerous as the nephilim.

I continued exploring the fort and talked to a guy named Dunbar. He told me about the magical threes and mushrooms which the wizards created to feed the Avernites. I also met Varan, who said I should go to Silvar. Some other guys said the same thing, so I decided to listen 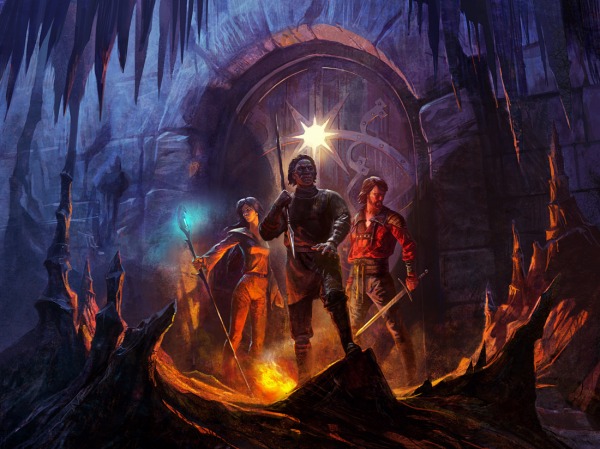 I love the art of Spiderweb games.

Thairl told me some stuff about the slithzerikai and the nephilim and also suggested I go to Silvar.

On the way to Silvar, I found a campsite with some sad looking gremlins. I had the option to approach or attack them, but on approach, it looked like they needed something I don’t have yet, so I decided to spare them for now.

In Silvar, I met Carol, the baker. She complained about some noises behind her bakery, but I couldn’t access the area on foot, so I saved that for later. Jonathan, the mayor of Silvar had a task for me. Silvar is building sewers beneath the town and they have issues with a worm infestation. I’d of course be rewarded if I manage to solve that problem. I accepted, but decided to not do it just yet and explore further first.

I found the job board and took all the available jobs there. I also explored the rest of the town and got a few more tasks. Gary, the Innkeeper, for instance, is looking for a hot spring for his business. Finally, I bought a boat for 350 coins and checked out the area behind Carol’s shop. Some goblins were there, so I quickly disposed of them. After fully exploring the town, I decided to visit Fort Duvno, to the north. Before that, though, I spoke to Anastasia, the armour seller. She jokingly said I should ask her husband, Efram, about Demonslayer. I did and he told me about a legendary sword the first expedition to the caves had, which was extremely good at slaying demons. The sword was lost along with most of the members of the first expedition.

It was late, so I exited Silvar and decided to save Fort Duvno for the next day.