The captain of Duvno has some problems with nephilim to the north and bandits to the west. I decided to resolve both of those problems, bandits first. The fort was relatively easy to clear, apart from the bandit’s leader, an apprentice level mage. Before I disposed of him, I asked about Lagran, the bandit that tried to kill me in the Arrival Caves. The mage said Lagran was there, asking to join, but they refused him so he went south. After killing him, I explored the rest of the fort and found the magical scrolls someone on the Silvar job board was looking for in a second floor room infested with goblins. I also found some books which would improve my Beast Call spell, but I wasn’t knowledgeable enough to decipher them. 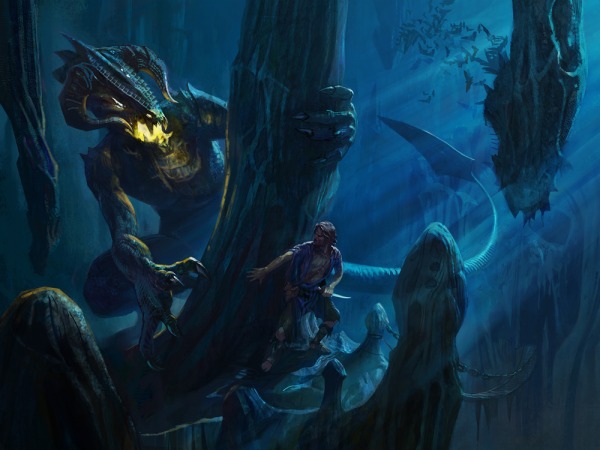 Dragons are a big deal in Avernum.

After returning to Duvno, I did some exploring, found a pair of Swamp Boots in a hidden cache a bit to the north, and disposed of some brigands on the road to Formello. East of the brigands’ camp, I found a cave filled with bats and giant rats. I remembered there was something on the job board in Silvar about getting rid of some bats, so I tried to clear it, but I found a blocked passage with a mechanism I didn’t know how to use. I guess I’m going to have to return there later.

Next up, I decided to clear the sewers. I entered at the northwest corner of Silvar and fought my way through the worms, eventually reaching a central chamber where a nephil named Droknarr was waiting. He was the one breeding the worms. He seemed pretty laughable, so I offered him to just leave, but he wouldn’t hear it. He was dead soon enough. I reported my actions to the mayor and got my reward. He also said that to truly test my abilities, I should go to the Castle. To gain entrance, though, I need a Crown token. He doesn’t have one, but the mayor of Formello has. First, it was time to help Duvno with the nephilim.

I entered a cave in the north, from which I assumed the nephilim were coming, and I believe I wasn’t wrong. The lair was infested with both nephilim and goblins, all lead by a goblin shaman. I cleared the cave, defeated him and pocketed a bronze key from a chest in his private room. I’m not sure what I’ll need it for, but it’s probably important. On my way back to Duvno, I stopped by the bandit fort to decipher the texts I couldn’t before and gain access to a chest with a nice amount of gold. 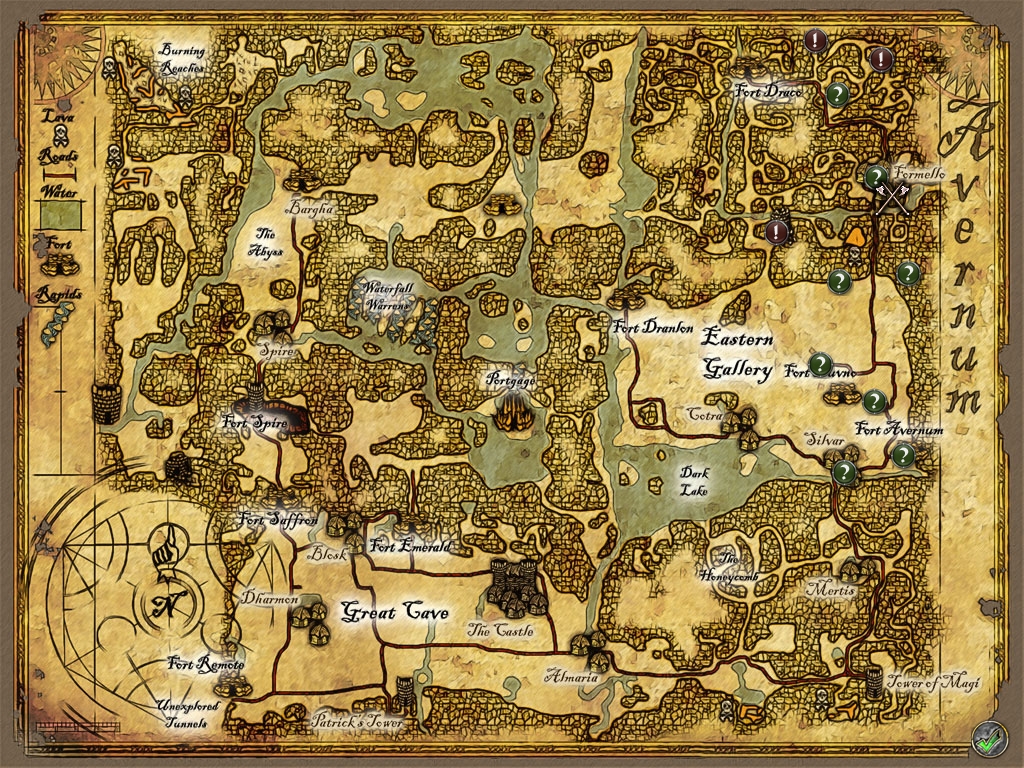 Avernum is a series of caves. Sometimes I forget that part.

After reporting my victory to the captain of Fort Duvno, I made my way to Formello. It was a quick trip, but it was time to take a break.
Like? Share!