I didn’t think I’d enjoy Mark of the Ninja as much as I do, but half-way in, I’ve gone through several hours-long sessions, which is something I haven’t experienced with a modern game in a while now.

I should probably take care of the least important part of Mark of the Ninja first. The story is OK and sets the stage for the rest of the game. You’re a ninja, your clan is in trouble, so you get magical marks tattooed all over your body. These marks give you power, but you are also doomed to die from them. 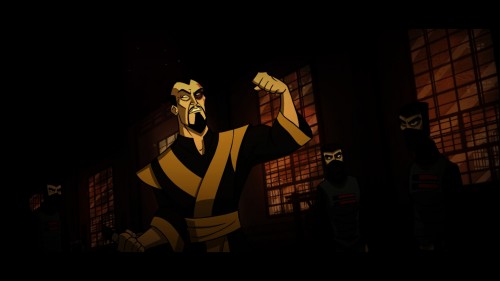 Azai is your master and you save him on the first level.

The story is told in slide show, semi-animated cut scenes along the lines of Shank or similar games, as well as in-game scripted events. All of it feels like one of those old asian fighting movies and it fits the theme well.

The stealth is what Mark of the Ninja basically is and why it’s a great game to play.

It’s 2D. The levels are huge and the routes you can take to complete them numerous. You are even encouraged to try out most of them, because there’s plenty of secrets to find all over the place.

From up-close, enemies can see you in any lighting. From further way, you are visible if light shines on you. Additionally, dogs can smell you and there are special motion detectors which trigger alarms if you move while they are directed at you.

The important part is that stealth is completely precise. There are various indicators placed in Mark of the Ninja which at all times tell you if you’re in danger of being spotted or not. There’s no guessing whatsoever. 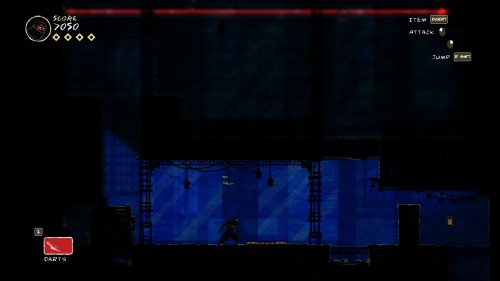 Puzzles are almost as big a part of the game as the stealth.

If there’s light on top of you, your silhouette is colored in. If not, it’s just black and white outlines. As you walk, a circle appears around you indicating how far the noise you’re making spreads. Light sources have a very clear and hard line indicating which area they’re lighting up. Enemies also have clear lines showing what they can or cannot see with just their natural eye sight. The motion detectors also have very clear and hard-edged areas of detection and even the dogs indicate how far they can smell.

Basically, if you understand what’s going on, you are at all times aware of what’s happening and in what sort of potential danger you’re in. Luck doesn’t really play an immediate part in it.

The controls are the other side of the precision coin. Again, indicators at all times tell you which button will do which action. If you’re targeting something during your focus time freeze, it’s clearly shown what will or won’t be hit. If you’re trying to hook to a ledge, it’s clearly shown which ledge it will be. If you’re about to stealth kill an enemy, you know if you’re positioned close enough or correctly to do it. If you’re hanging from the ceiling, you know exactly if pushing the jump button will drop you down or simply attach you to the nearby wall. 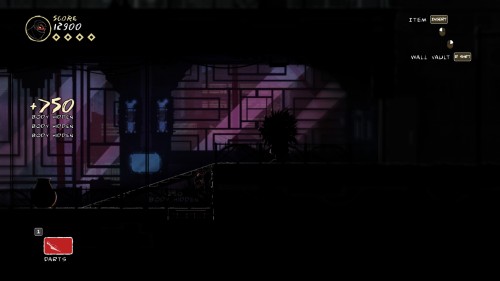 Hiding bodies gives you points, so I do it even when I don’t have to.

That being said, the controls did take some getting used to, because they aren’t that similar to most games’ controls. It feels a bit stiff at first, but one you figure it out, it works the way it should.

I’m half way through the game, I think.

The story was predictable up to this point, but the thing I didn’t expect was for the game to continue past the obvious betrayal. I actually expected at most another level or two where you defeat the real bad guy, but it seems like there are several levels left to beat. 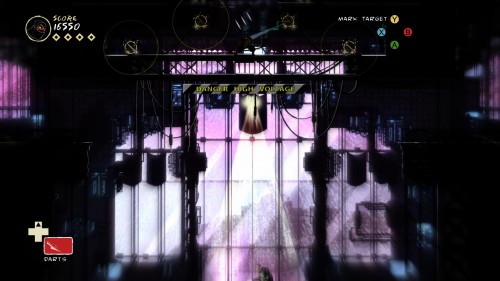 You can score indirect kills by using the environment.

As I already said, there are secrets hidden throughout every level. I did my best to keep an eye on them, but I wasn’t really trying to completely clear any level I’ve been through. That’s a good thing, because it would have been a complete failure. For the most part, I can say I’ve discovered more than half the secrets on each level, or at least, accomplished more than half the tasks on each level. 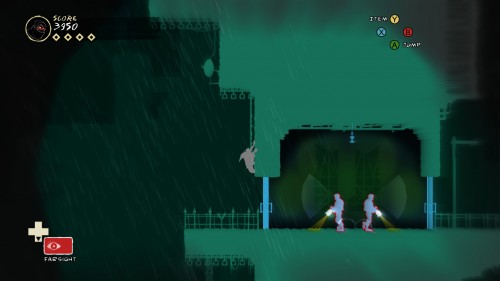 There’s a reason to accomplish them to. It gives you currency which you use to unlock new moves and upgrade your equipment. There’s a good chance I’ll be going back to the earlier levels of Mark of the Ninja, to try out everything.

I’ve been playing for about 6 or so hours now and there’s plenty left to do. I expected the game to be much shorter than that.