I had a bit of a gaming marathon (as in, I played for a couple extra hours) and pushed past the rest of chapter 4, towards the end of Metro 2033. I consider it the best FPS I’ve played in recent years, not counting the Portal games as first person shooters.

It was starting to overstay its welcome a bit. My last write-up was about chapters III and IV, but chapter IV was less than half way through at that point.

The thing about chapters in Metro is that they somehow split logical sections of the game in self-contained bundles, focusing one something. Chapter 4 was about getting to Polis and it started to drag on. Because it focuses on one thing, it also tends to play a certain way to and the style of play in chapter IV started to get old.

Chapter V was my favorite chapter

The mission in chapter V was to get into an archive library and find documents with information about a military base. You start out with a couple of companions, but they are soon forced to abandon you, so you have to get all the way into the library on your own.

You are also introduced to a new, extremely dangerous type of enemy, which sort of reminds me of behemoths from Heroes of Might and Magic. These guys soak up a lot of bullets unless you use your shotgun. As you go along, bullets get more and more scarce, so you usually barely have enough to kill one of them. 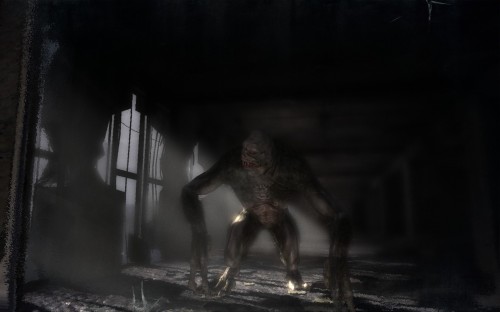 I call them behemoths, but they probably have an actual name.

Basically, Metro gradually pushes you into sneaking around to conserve bullets and try avoid fighting these monsters if at all possible, instead of facing the monsters head on. On their own, the monsters are only slightly scary, but combined with the fact that you’re sneaking through the darkness, basically praying they won’t spot you really adds to the sensation of fear.

It’s very rare for a game to scare you not with tricks and jump scares, but by actually putting you in a dangerous situation, where you’re worried about what will happen.

Chapter VI was too much like Call of Duty

Chapter VI puts you in a team of rangers, trying to get inside the military base and reactivate it’s facilities. As you progress through wave after wave of monsters, you very predictably start loosing team members.

It’s very obvious this was an attempt to add drama, but in my opinion, it didn’t really work that well. I still enjoyed this part, but after the experience of Chapter V, it was a bit of a letdown. 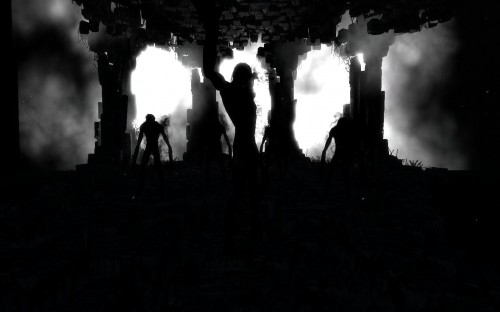 For a while, I thought I’d somehow ally myself with the Dark Ones.

On the plus side, from this point on, Metro 2033 gives lots of opportunities for really great screenshots.

There was even a vehicle section where you control a crane to destroy a giant blob/growth thing that blocks the station’s power supply.

Chapter VII starts where the Prologue of Metro 2033 ends. Everything goes badly and it looks like it’s Game Over, but then some random guy saves you and you make a run towards the tower, where a beacon needs to be set.

I say random guy but it was probably some notable character. It’s just that everyone in Metro 2033 sort of looks the same to me. Add to that the fact that I’m bad with name, and it gets really hard for me to track who’s who. I’m happy with just generally knowing what’s going on. 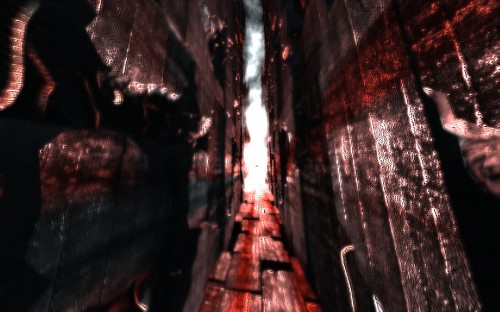 In any case, there’s a series of some quite fun, but also very inconsequential quick time events during the tower climb and then there’s a slightly too long mental sequence where the dark ones try to stop you from setting the beacon. 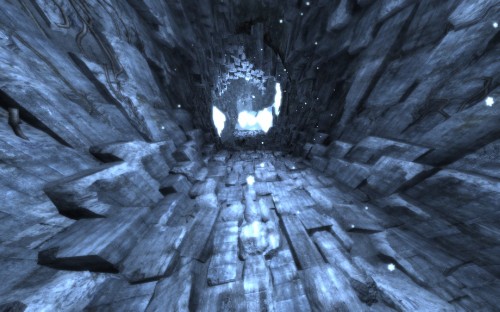 The last part of the game where the Dark Ones influence your mind dragged on for a bit.

After that, the missiles get launched, there’s a big explosion and that’s it. Game completed!

I can’t really decide on where to place this, so I’ll say a few more things here.

There was a section where I had to carry a kid on my back for a while. This added a lot of mouse lagg to my targeting arrow. I actually thought this was a bug of some sort until a google search made me realize what was going on. It’s a nice touch, but I’m sure there are others who missed the intent and possibly even consider the game worse for it. 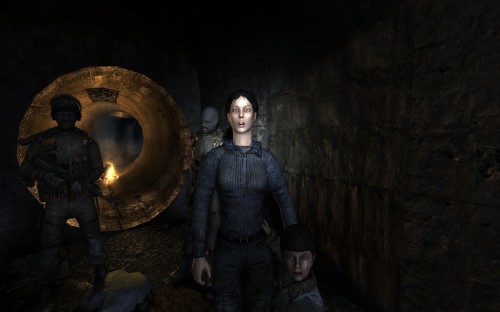 Saša had me confused for a bit.

I had too much ammo at the start of the game, but I really started to get short quickly by the end of it, especially during chapter V. The thing is, depending on how good you are at aiming or avoiding enemies, you can really save a lot of ammo.  I like that. 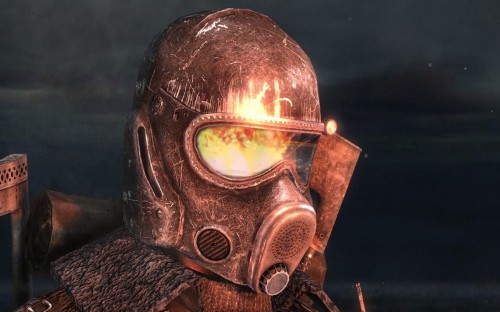 If there was a better chance to see the main character’s face, I missed it.

What I don’t like is that some of the enemies really tend to be bullet sponges. This is, I guess, a good thing when you can avoid them, but a slightly annoying thing when you just have to kill them and you obviously aren’t nearly as impervious to bullets as they are. 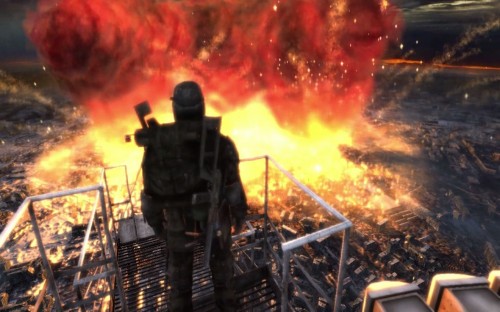 I’m not sure how exactly this explosion helps.

At the last station, I had the option to buy a stronger set of armor, but I didn’t have the bullets for it. I even tried selling some of my ammo, but it would not be enough, so I just gave up on it. I also gave up on some weapon purchases, so this one didn’t bother me too much, but it did leave me wondering how it would have been. 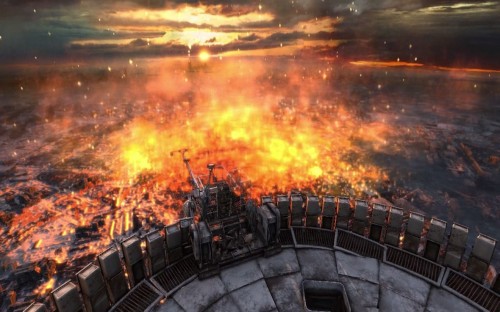 It sure does make for a great final shot.

Overall, I really enjoyed Metro 2033. It’s not the best recent game I played, but I have no problem saying it’s one of the best shooters or even action games I’ve played in the last few years. I’d certainly say it’s better than any Call of Duty, though the shortness and blockbuster style of a Call of Duty game has its charms.

I decided on playing Metro 2033 because all I’ve been playing recently were brain games. I feel I’ve sufficiently rested now, so I’ll probably go back to something like that. I make no promises, though. I could go either way.

In case you’re wondering, STEAM says it took me 11 hours to get here, though at least one of these hours was me being idle for some reason. I’ve only unlocked 14 out of 48 achievements, but I can see myself doing a few more quite easily.