It’s been a while since I’ve played a (mostly) mainstream game. Metro 2033 has been installed on my drive for a while now and I’ve been hearing good things, so I decided to give it a go. Worst case scenario, it won’t take too long to beat it.

An FPS that’s an actual game!

Remember when I talked trash about the Walking Dead not being fun to play because it’s a story first and a game an extremely distant second?

Well, Metro 2033 has a pretty cool story, at least in my opinion. It’s a very interesting setting, there’s great atmosphere and things happen, often. The important part? Metro 2033, throughout the first two chapters, at least, remains first and foremost a game that you play. 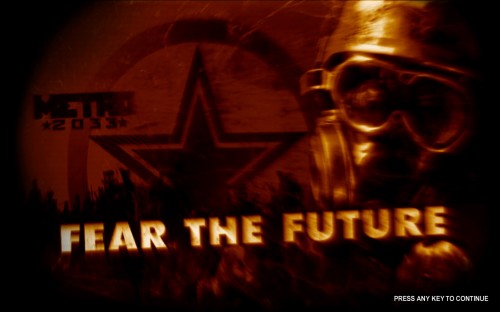 I live in what used to be a socialist country, but I’m not really old enough for these images to remind me of those times.

There are cut scenes and scripted parts and at times, you do lose control of your character in order to let the game tell you something, which I find annoying, but for the most part, it’s a game.

Like your regular FPS, there’s a route you’re supposed to follow, covered with enemies, traps and ambushes. Unlike most modern FPS games, though, every time you stray out of your path, you find more traps, more enemies and more goodies. The game rewards exploration, even though it might not make sense in the setting. 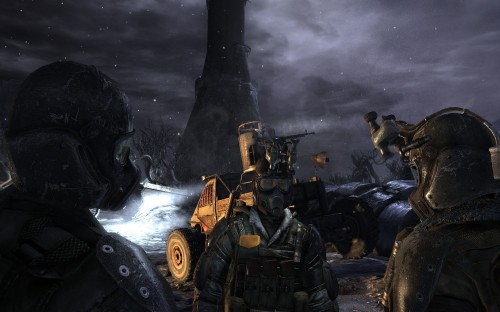 The prologue ends badly and then you go back 8 days.

Some might consider this immersion-breaking. Screw them. Things like that make games games. I don’t want to forget I’m playing a game. Why would I be playing a game just to forget I’m playing it? I love a good story, I love atmosphere, but there’s a reason I picked a game instead of a movie or a book and in most cases, it’s not immersion, story, atmosphere, music or anything of the sort.

So yeah, I love that I get to explore, I love that there are random traps that outright kill me because I wasn’t careful. I love that enemies can easily tear my limbs off if I play carelessly and I love that I have to reload every so often. It means there’s challenge and there’s a point to me pushing the buttons that isn’t just flipping to the next page. It’s awesome.

As I’m writing this, I’ve beaten the first two chapters. Due to the nature of the game, there isn’t much to write about. There was a prologue before the first chapter where bad things happen and then the game goes back to 8 days before that event and starts at chapter 1. 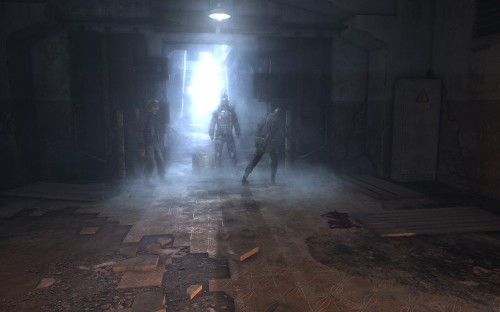 There are some excellent screenshot moments all the time.

Everything is split into city sections where you talk to people at the local metro station, find goodies and make choices that sometimes work out and sometimes don’t at all and battle sections where you go through a dangerous zone and shoot things. For instance, there was a prostitute in the second station that lured me into a trap and had her pimp steal all of my currency. There was also a kid that I could pay to be my guide, but I’m not sure it makes any difference, other than giving me an achievement for refusing. 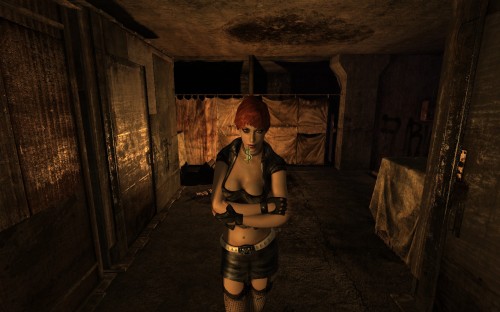 This one robbed me. Serves me right.

You can buy better weapons, ammo and various other stuff at the stations, but I haven’t bought anything yet due to not having the money, due to the above mentioned mugging I received. It’s also possible to find better or different weapons in the wild, dropped from enemies or just placed in some secret area randomly.

I  have the basic knife and some throwing knives in my first slot. There’s the basic revolver in my second slot and up to moments ago, I had a basic shotgun and machine gun in my other two slots. 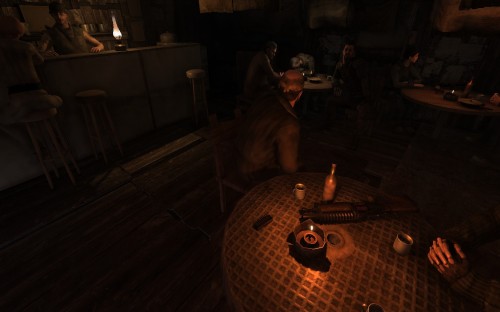 There’s life in the stations, if you look for it, but the game doesn’t force you to “experience” it. Not too much at least.

The shotgun was briefly replaced by a pneumatic gun, but I didn’t like it. I don’t like the shotgun either, but at least the ammo for it seems to be more common.

While I’m talking about the ammo, I didn’t completely run out of it yet, but it does feel scarce. At times, you are discouraged from shooting at enemies and there are options to sneak by every now and then. I like it, but I’m never completely sure I’m doing the right thing, which slightly irks me.

I’m also never sure if I’m doing the right thing by swapping weapons. The game does give me a popup with some weapon stats, it looks like, but I haven’t figured out what the information actually tells me.

Over the last hour or so, I’ve been exploring the surface of Moscow. The breathing apparatus everyone is using really adds to the atmosphere and strongly affects how I play. I tend to me more rash when my filter cartridge is full and I slow down when the character starts breathing more heavily due to the cartridge emptying out. 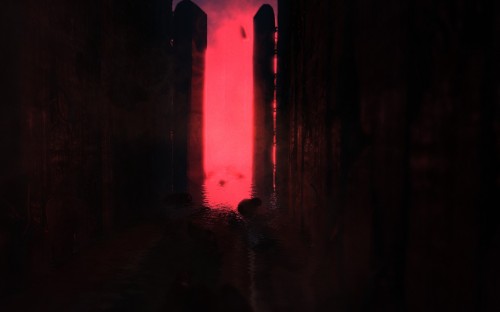 There seem to be some supernatural or paranormal elements.

The outside area was confusing for two reasons. Firstly, the guy that was following me simply vanished and I wasn’t able to find him until the next level. Secondly, there was an area where I thought I had to sneak past a large amount of enemies, but it turned out I just had to kill them all. I had to reload here, several times, because I didn’t really try to kill them once they discovered me, thinking it was pointless.

I also had my first encounter with one of the winged creatures at the end of chapter 2. From what I can tell, the characters in the game call them devils, but also refer to them as females.

I just got to chapter 3 and my escort got himself captured. I got his gear, though, so I now have a much better looking automatic riffle, as well as a shotgun that fits four shells at a time, instead of just two. 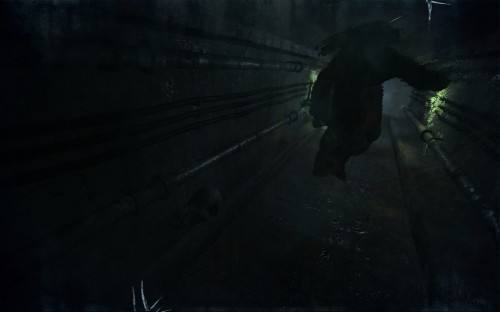 This is how far I got.

It’s an FPS. There are no future plans. I plan to simply play through the game. HowLongToBeat says Metro 2033 takes 9-15 hours to beat, depending on how big of a completionist I am. When it comes to FPS games, I tend to just play through them and not linger for too long, so I’m guessing around 12 hours should be enough for me.

That being said, I can only play it at one of my machines, since the other one’s condition is too bad to run the game, so it might take me a week or two or sporadic playing to go through these 12 hours. We’ll see.