Beating Cyrus and Getting Rid of Team Galactic

So last time in Pokemon Platinum, I beat the gym and was ready to tackle the final of the three Lakes – Lake Acuity. I didn’t really tackle it though. There was no battling to be had. Instead, my rival actually turned out to be a nice, normal guy and I was sent to the Team Galactic base in Veilstone City. 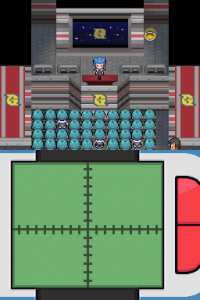 This scene gave me a flashback to Metal Gear Solid 2.

Once there, I fought through the place, listened in on a speech given by Cyrus to his grunts, and then fought and beat Cyrus. Even with all these battles, it still sort of feels like I’m falling behind in levels, though. I freed the three legendaries Team Galactic captured and then I had to follow Cyrus to Mt. Coronet, where I caught him summoning the two greater legendaries. These two, in turn, summoned Giratina, the final legendary. I have to say, the word “legendary” lost all meaning in Pokemon Platinum.

In any case, this opened up a new area where there were no random battles, but I had to fully explore it with Cynthia’s help in order to finally beat Cyrus and move on with the story. It took me a while to get through it, but I didn’t mind, because this “shadow dimension” looked amazing. I’ve said it before and I’ll say it again, whoever said that Pokemon games don’t advance enough between sequels has no idea what they’re talking about. 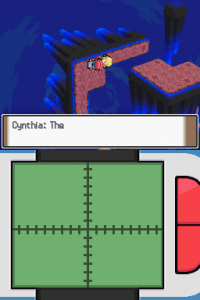 Awesome use of limited resources.

It’s hard to explain, but the area is basically a 3d maze, with the floors becoming walls and walls becoming ceilings at random. I can’t find the words to describe it, but suffice to say, it looks really, really cool.

Anyway, I got all the way to Giratina, beat Cyrus and then had the chance to catch the legendary. Since Ash didn’t catch any legendary whatsoever and it really makes no sense to do so in the anime, I just beat it instead. Sure, I could go with “adding it to the collection”, but there’s no collection to speak off, since I’ll be switching to the next game soon.

Preparing for the Electric Sunyshore Gym

In any case, the Team Galactic part of the game was now beaten, so it was time to go to the final gym at Sunyshore City. Again, it still looked like I was behind in levels, so before I challenged Volken and his electric gym, I decided to do some training. I took the opportunity to fully evolve my brand new Infernape and Torterra and I gave Gible the Exp. Share so he can catch up with the rest of the team. 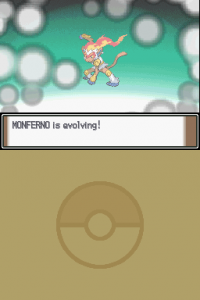 Oh, did I mention that? After the last gym, it was time for Gliscor to be replaced by Gible. In the anime, Ash leaves Gliscor behind similarly to how he did it with Charizard. It still technically belongs to him, but he rarely ever uses it.

Once I hit the level range between 45 and 50 with my three combatants meant for the Sunyshore Gym, I went in. About 15 minutes later, I gave up on the rule to only use Pokemon Ash used in the gyms. It’s just not meant to be. Volkner’s Electivire just swept through everyone. I even had to use several Revives in order to finally beat it with Torterra.

Where to get HM07 Waterfall in Pokemon Platinum?

With that out of the way, I thought I was stuck. To get to Victory Road, I need waterfall and, while I had the badge I needed in order to use it, I did not have the HM yet. A couple of seconds later, I remembered this game isn’t exactly complex. The HM was given to me by a girl on the northern shore of Sunyshore City. 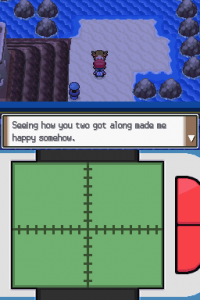 This is where you get the Waterfall HM.

I took the route north, fought some trainers and entered the Victory Road. I think I fully explored the first two rooms, but I ended up finding the exit before fully exploring the final room, so I got out thinking I could heal and go back. The thing is, before I could heal, my rival attacked me. With most of my Pokemon at zero PP and with very little health, I had to use a lot of medicine to get through this fight. Still, the alternative was to restart back at entrance Pokemon Center, so I felt it was worth it to waste the items. I beat him, healed, stocked up on items and saved my game. 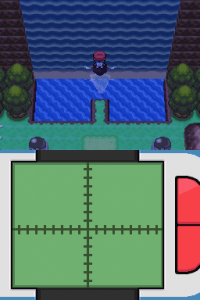 I really, really hate the HM system and I’m glad the Black and White sequels are reducing its effect for a bit. It forces you to use mostly useless moves and stop you from fully enjoying the best part of the game – assembling a team. A good example is Waterfall in this game. You don’t need it in any other area of the game except the Victory Road. What’s worse, it’s not like you can teach it to a temporary Pokemon, since you need it once to enter the place, once mid-way through and once at the exit to reach the League building. Even worse, if you want to grind at the Victory Road, you need a team member with waterfall to get back into the cave after healing up at the League building.

Maybe they should turn it into a passive skill or something.