I tried to be smart, so I flew to Hearthome City as soon as I loaded up Pokemom Platinum today, hoping to take a shorter route to Pastoria, but it turns out that route was closed. I had to go back to Veilstone, south past Valor Lakefront and then east to get to Pastoria.

At first glance, Pastoria seems like one of those tiny little towns you get between gyms in Pokemon games, since it’s nature themed, but it’s actually a mid-sized city with a gym of its own. The gym’s type was water and for once, Ash wasn’t a complete idiot in the anime, so he used his Pikachu, Buizel and Turtwig. Of course, he is completely incompetent, since neither Turtwig nor Buizel evolve up to this point, so I still had some trouble clearing the gym, mostly due to the Aqua Jet move Crasher Wake loved to use. 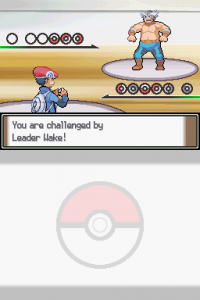 I got through the gym and then another Team Galactic sequence started, where I had to chase a grunt all the way back to Valor Lakefront, only to have him run away anyway. Then I met Cynthia again, who gave me some medicine for the Psyducks north of Solaceon Town. This opened up a route towards Celestic Town, where I went next.

Where to get HM03 Surf in Pokemon Platinum?

Once there, I got another “cut scene” after which I finally fought Cyrus for the first time and then I got HM03 Surf, which I’m able to use immediately, thanks to the badge I got in Pastoria.

Where to get Razor Fang

Since I’m now five gyms in, Gligar and Turtwig are finally supposed to evolve. Turtwig was not an issue here, so now I have an awesome new Grotle. The issue was Gligar. First of all, he needs to hold an item in order to evolve – the Razor Fang. Lucky for me, I got one on route 214. It’s a secret item found in one of those tall grass areas on the route. Being secret, you need to use the dowsing machine to find it, or you can just search the only clear area in the large tall grass square surrounded by a fence, with a trainer inside. 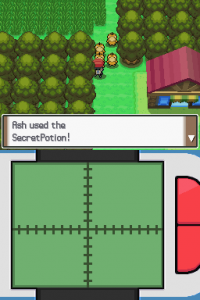 The generation of Pokemon Platinum limits the areas you can explore more often.

Other than holding the Razor Fang, Gligar also needs to level up at night. The issue with this is that it was still the afternoon when I ended my session, so I will be doing a quick grind when the night is finally here, just so I can get that evolution. 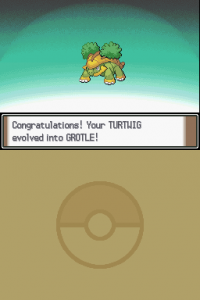 Grotle down, Gliscor to go.

EDIT: As promised, I quickly loaded up Pokemon Platinum and leveled up Gligar by one level, just so I can get the evolution. I have a Gliscor now!

While I was doing all of this, I got back to Jubilife city, where I acquired a couple of brand new Poketch apps and then I went further west, towards Canalave City. As soon as I got there, I saved my game and that was it for today.