Now that I had everyone back together, I decided to put my main mission on hold and clear some of the old quests I missed. First I cleared the stacks in the upper tower of Avadon of the undead, as requested by the librarian. She then asked me to go recover a book from that wizard who created the shadow beast. While I was at his tower, I also tried and successfully killed Beloch the Scourge. For this feat, I got a nice halberd and a charm which increases my magic damage just by being in my bags. Sadly, I have no one to use the halberd, so It will have to sit in my pack. In one of the closets near the book, I also found another charm that increases my lockpick and unlock charm skills by 1, which is also very, very nice.

Most of my uncompleted quests are in the Kva lands, so I went there next. Of course, I returned the book to the librarian first, which got me some coin and a nice scarab which provides battle frenzy to the user. The first thing I did in Kva was to get the blue ore that blacksmith in Goldcrag asked me for. Most of it was found in Jhereth Depths. While I was there, I also tried to confront the new dragon that moved in. Zhethron asked me to find out what her intentions are, but when I ask, she attacks me, so I’m guessing the only way to finish that quest is to actually kill her. Well, I tried again, and I failed again. She is much, much tougher than the demon I just killed.

I gave the blue ore to the smith and he asked me to recover a ceremonial titan weapon for him. I’m guessing there must be one of those in the titan stronghold, so I went there. I also enchanted the halberd I got from the demon with +1 to strength and decided to try it out on my blademaster. As expected, a club was in the keep. I retrieved for the smith and he gave me a corrupted broadsword as a reward. The sword increases my strength greatly, but reduces my intellect and dexterity. I have better items than that, so I won’t be using it, but at least the quest is cleared. Next up was Zhethron’s Aerie where I had a book to steal.

I wasn’t sure how to do it, since the book get’s removed from my bags by magical defenses as soon as I try to leave the library, but after careful searching, I’ve managed to find a hidden passage leading to the lower caves on the west wall of the library. From there, I could easily find the path back up and out of the Aerie. Before I left, I remembered I never opened the chests with gifts Zhethron gave me for helping him several times, so I did that to. Well, I tried at least, but all of the new chests were still locked, so I guess I didn’t get any gifts yet. I gave the book to the mage living west of Goldcrag, and got a nice spear for my troubles, but the halberd I got from the demon was nicer, so I guess this one will also be collecting dust somewhere. 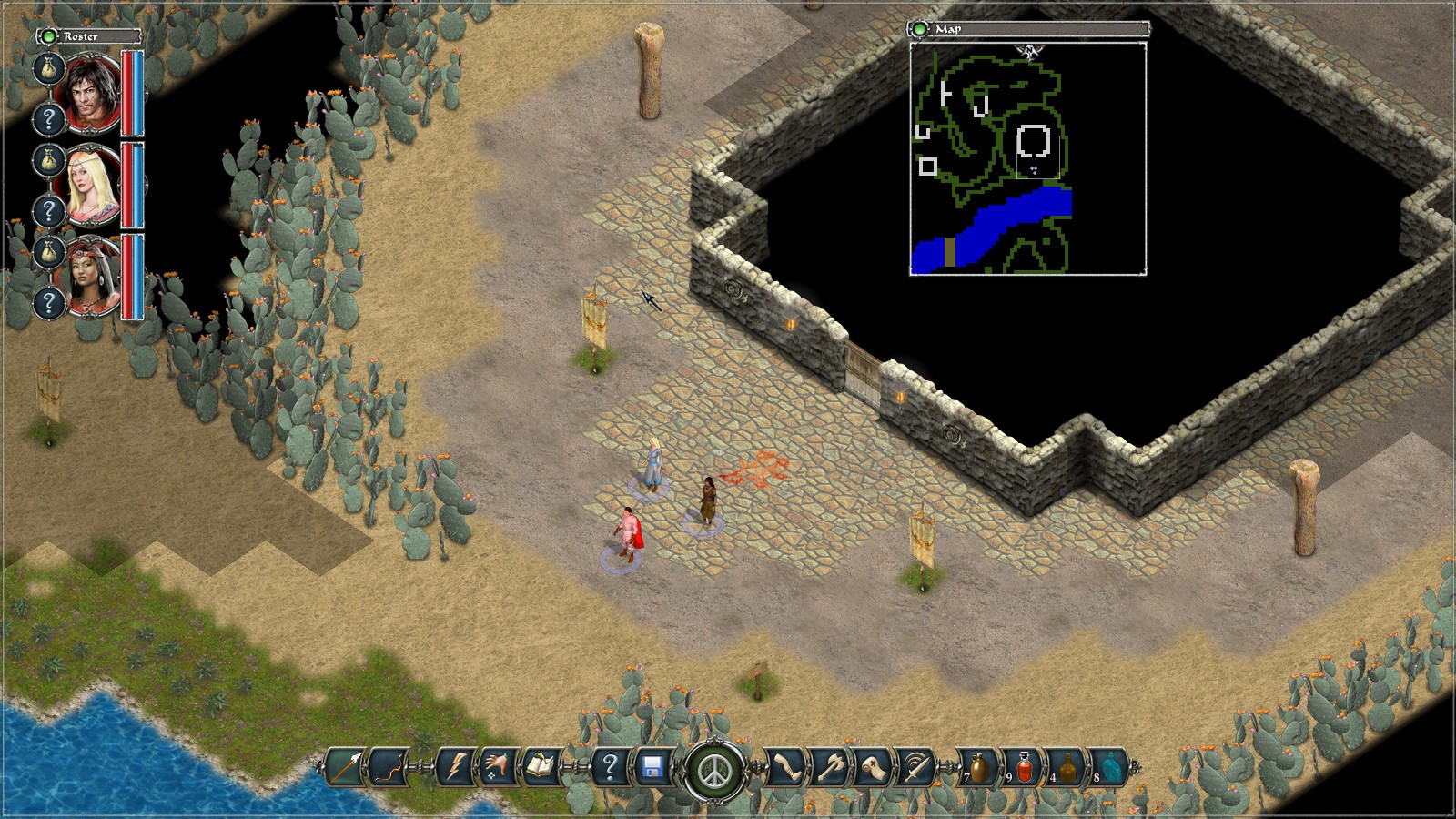 These types of structures seem minor, but usually, it’s actually a tower of some sort.

With this, I’ve completed all of the quests I could for now, and it was time to go back to my current mission.